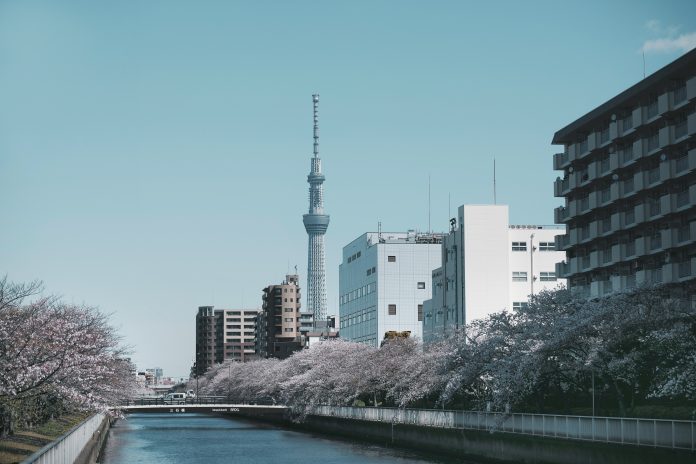 “Huh? Japan? You siao or what”

That was the reaction of my peers when I first told them that I was going to study at a Japanese language school in Shinjuku, Tokyo.

Some of my peers thought I’d gone berserk: they’ve read articles on how Japanese students saw university as “the Spring Time of their lives”. They questioned the academic rigour of undergraduate education in Japan. Others felt insulted; they thought that I looked down on local universities when that wasn’t even the case.

NUS had been my dream university ever since my Secondary school days. I remember fondly how I and my classmates’ eyes would sparkle whenever my Secondary school teachers sheepishly, yet proudly, confessed that they were graduates from NUS or NTU. As the first in my immediate family to qualify for university, it was certainly a dream for me to pursue tertiary education in my homeland, Singapore.

However, by the time I was 18 years old, my aspirations had changed.

Whilst waiting for my university acceptance results, I started working as a freelance translator at exhibition booths. After receiving lacklustre GCE A-Level results, this experience helped me boost my confidence. Even if my grades were not as outstanding, I found solace that I had employable language abilities.

Over four months, thanks to the lobang I received from my senpais, I managed to work at events such as Food&Hotel Asia 2018, Asia Game Festival 2018, Japan Park Singapore 2018, etc.

Me translating for the Fukushima booth at FHA 2018  (Image credits: Kuchida-san, who kindly sent me this photo of the Fukushima local newspaper)

For NUS, NTU, and SMU, I was accepted into bachelor degree programs in Economics, Statistics, and Mathematical Sciences. I stared at my “Accept Offers” webpage, hovering my mouse over the three university offers.

However, I couldn’t help but recall how my Japanese customers heaved a sigh of relief, thanking me for alleviating their anxiety of not being able to get the message across.

This was when I asked myself,

“What if I could translate, as a full-time career?”

That was when I realized that none of these offers aligned with my future career goal in the field of translation.

I proceeded to click “Reject all offers”, and accepted an offer from Tokyo Japanese Language Education Centre to study in a one-and-half year Japanese Preparatory Course.

And that was where my journey began.

I entered Japan in late September of 2018, and haven’t been back in Singapore since.

I was afraid that returning to Singapore, even once, would sway me into giving up altogether.

Hence, throughout my application process, I stayed in Japan, working minimum wage jobs after school to pay my bills.

From October 2018 to October 2019, tons of rejection letters from my dream universities such as the University of Tokyo and Waseda University, just to name a few, jammed my mailbox. Rejection after rejection made me question why I hadn’t just picked the path that was laid so nicely in front of me like a red carpet and study at NUS. Some of my Japanese language teachers were puzzled as to why I didn’t accept an offer from the “top university in Asia”.

I had probably gotten too accustomed to having things go my way because I received those offers from local universities. However, competing for such few places for international students in Japanese universities, against many other competent students with perfect scores on the EJU (Entrance to Japanese Universities examinations), I lost some battles.

Constant rejection, in the beginning, helped me to learn how to brush those failures aside and move forward.

After reviewing the failed applications, I would say most of them were due to poor examination scores, especially in Mathematics.

The University of Tokyo, for example, has three tracks for both the humanities and the sciences respectively. I applied for 文系二類bun-kei-ni-rui, which is for applicants who want to major in economics. However, University of Tokyo only accepts students with perfect scores for the EJU examination—right from the document screening stage—and I fell terribly short for the Mathematics section, scoring only 135 out of 200.

As for Waseda University’s School of Political Science and Economics, where I applied for a concentration for Global Political Economy, I was rejected after their written examination. As much as I practised past years papers that my Japanese Language school teachers provided, and I had no issues with time management during the test, I believe that it was my inability to understand mathematical terms (e.g. 四捨五入shi-sha-go-nyu, which means “round off to two decimal places”) that led to my rejection.

For Hitotsubashi University, which is likened to Japan’s SMU, offering courses in social sciences only, I failed to meet their criteria of a total of 680 points out of 800, excluding the 作文saku-bun, or the essay section, for the EJU. I missed the cut-off by… 5 points…

As you can see, Japanese universities highly value your test scores for the EJU examination, just like how our GCE A-Level results are our golden ticket to qualifying for local universities.

Since, I realised that I had difficulty mastering examination techniques for EJU’s Mathematics section, which is entirely in Japanese, I decided to apply to university programmes where I could apply my strengths in the following areas:

Connecting my major to my desired future career of choice

The universities above could have also turned me down because I was unable to convince them about how I was going to connect my knowledge in Economics to a career in translation in my personal statement.

Hence, for subsequent university applications in Economics/Policy Studies, I changed my desired future career choice to working in a policy think-tank. I based my personal statement on my analysis of the economic policy climate in Singapore and how I wanted to learn economics in Japan, hoping to be able to analyse my country’s economic policies more objectively.

With regards to university applications in linguistics/languages, I stuck to translation as my desired career choice. Since the major was Japan Studies, it was much easier for me to justify how my major will prepare me for a career in languages.

Since I wanted to pursue a career regarding languages, I decided to study Japan Studies at the only public language-specialist university in Japan, Tokyo University of Foreign Studies (TUFS).

Strategy for Applying to Japanese Universities

Personally, I would enter the following in my Google Search engine: “〇〇大学私費留学生入試”

which loosely translates to

Download the admissions guidelines uploaded by the university and prepare the required documents. Pay special attention to documents that you can only prepare in Singapore before leaving the country.

2. Prepare as many photocopies of your academic transcripts/recommendation letters from your Junior College/Polytechnic before leaving Singapore

Many Japanese universities require you to submit “Certified True Copies” of your academic transcripts from the previous institution you attended.

You need to have your photocopies stamped with the “Certified True Copy” stamp and signed by administrative personnel from your school. For my JC’s case, I had this done at the Student Affairs Centre of my school.

Furthermore, many universities have different requirements of what documents to include in your application, so please follow the instructions. 3. Score as high as you can for the EJU examinations by June.

The EJU examinations can be taken twice a year during June and November, for as many times as you wish. However, securing a high score by June will afford you more options as some universities do not accept scores from the November round during the year of application. There are also lesser test-takers in June, so the bell-curve may play to your favour.

4. Apply for universities that have two or more application periods

For example, I was accepted into Doshisha University via the first application period in August 2019. This allowed me to secure a ‘safety’ school by October 2019, allowing me to apply for public universities from November 2019 to March 2020.

5. Apply for universities that do not charge you admission fees until the point of admission

For Doshisha University, I was able to avoid paying up to 700,000 yen as they reserved a spot for me from my acceptance (October 2019) to enrolment (April 2020)

This is especially the case for private universities in Japan, where they will announce the results of your application as early as 4 to 6 months before national universities. Many private universities will ask you to pay your admission fee (approx. 300,000 yen) and even the first spring semester’s worth of tuition fees (500,000 yen or more)upfront.

I had friends who had to pay nearly 1 million yen to confirm their spot at a private university. Some even had no choice but to avoid paying the money altogether, which meant that they were automatically removed from the enrolment list.

It’s all about your mindset

Choosing to study in NUS, NTU or SMU would have been more comfortable for me. Things like living with my parents, taking lectures in English, or familiar faces from secondary school and JC, would definitely have made everything easier.

To this day, I believe that NUS, NTU, and SMU are wonderful institutions that strive to provide high-quality tertiary education. My friends who are studying in these universities often regale in stories of their CCAs, the academic rigour, and the new friendships they’ve forged.

I will admit that I feared whether my arts major would prove less employable than the majors I could have studied in Singapore, such as Economics, Statistics, Mathematical Sciences, etc. Do read this article, “Why You Shouldn’t Be Afraid to Study What You Like” for more.

However, studying and living in Japan was a quintessential experience that I wanted to acquire while I am still young. I knew that I had to understand Japan as a society beyond anime and manga if I wanted to become a professional translator in English-Japanese translation. That meant having to learn to work in Japan, live in Japan, and interact with the local people.

Furthermore, during my first Spring semester here at TUFS, I have taken courses that broadened my mindset. Now, I am also considering careers in education, journalism, etc. I have also volunteered to translate Japanese articles into Chinese on the Covid-19 Multilingual Support Project organized by my university.

Life is all about trial and error, and I am in the midst of it.

I hope that this article can help someone who is interested in pursuing an education in Japan but does not know how to go about the application process.

I was clueless about how to apply to a Japanese university as an international student. Furthermore, as I had only one A out of my 4 H2s for GCE A-Levels, I doubted my ability to qualify for the MEXT Scholarship offered by the Japanese government. I therefore chose to enrol in a Japanese language school with teachers who were well-versed with the application process to Japanese universities for privately-financed students like myself.

However, thanks to the Takayama International Education Foundation Scholarship, I was able to focus on my entrance examinations without worrying about living expenses, and the foundation’s support is one of the major reasons why I was able to successfully enrol in my current university.

The information might not be entirely applicable to you, but I hope this has given you insight into the unique application process to Japanese universities (they really love paper documents).

If your dream is to enter a Japanese university, all the best!