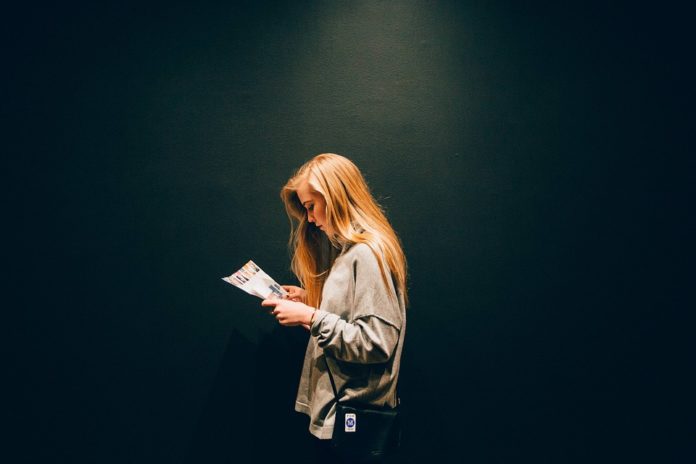 When aggressively googling undergrad degrees to choose from, the biggest concern on most of our minds is prospects. It feels like a make-or-break decision. Your life literally depends on it. Here’s the thing: the major doesn’t really matter – what matters more is doing well in it. Be honest with yourself. What are your strengths and interests? Do something you’re reasonably good at or you’ll suffer—quite unnecessarily, as it turns out.

The truth is: save for fields like accountancy, pharmacy, or engineering that require specialist degrees, you can’t directly apply content knowledge from any major to your job. Rather, you pick up knowledge and skills on the job.

Your degree is merely the prerequisite to getting a job. It does show that you’ve got the brains, but what you majored in tells your employer next to nothing about how good you’d be at the job.

Kris Stadelman, director of the NOVA Workforce Investment Board in Silicon Valley, asserts that “employers are interested in what skills you bring and how these skills can be used in their business.”

Which means this: you’ve got to sell yourself on your resume and in the interview. Slant the skills you’ve acquired in your major, for instance the ways of thinking, to what is valued in the job role. Don’t forget your leadership positions, community involvement, or group projects (If nothing comes to mind, time to start working on it).

So what do employers look out for?

According to a study by the University of Hertfordshire,

Just as important are strong communication and interpersonal skills – found to be the attributes most valued by employers in a 2014 study by STJobs. Unsurprising, with all the teamwork and communication going on in most workplaces. They want to know that you will be able to learn quickly, fit into the work environment, and be responsive to the task at hand. Thus, 93% of employers consider critical thinking, communication, and problem-solving skills more important than your undergraduate major. Furthermore, 95% of employers look for out-of-the-box thinking and innovation, as many jobs today come with challenges that are more complex than in the past.

What should you do about it?

You don’t need a business degree to do business any more than you need an English degree to become a writer. Many people are doing something unrelated to their degree. And that’s okay.

The point is: it’s hard to chart your path exactly, given incomplete information. You’ll have to figure it out as you go. You may not know what jobs suit you before working in them, or even know of the existence of some jobs. So do yourself a favour in uni and stick to what you like and are good at.

Focus on maintaining a decent CAP/GPA—try for at least second upper class—while gaining relevant experience, be it through internships, CCA leadership positions, or community service projects. Apply yourself!

If you’re worried about losing out to people with technical skill sets, consider supplementing your arts degree with external programming courses.

While you’re at it, don’t shun networking, which Forbes declares matters far more than your major. Be it through Facebook, LinkedIn or in real life, get your name out there. The more people know who you are, the higher the chances of you getting hired. ‘sides, 3 in 4 employers in Singapore google job candidates, according to a survey by JobsCentral.

So, when does your major matter?

Well, it matters when:

There are myths floating out there about where people from different courses “end up”. It’s certainly not set in stone that econs majors are guaranteed lucrative finance jobs, or that history and political science majors are snapped up by civil service.

There are other influencing factors such as competition for a job. Many people pursuing the same major will lead to a glut in the job market. Moreover, we can’t always predict market trends correctly. Jobs are “hot” precisely because demand is constantly changing.

Start by figuring out what you don’t like. What did you dread studying pre-tertiary? Why? Question your inclinations. Are you truly interested in a major, or doing it because everyone else is, just to be safe?

If your prospects don’t depend that much on your major, you don’t want to be stuck for four years in a ‘safe’ course you hate. (Check out our guide on choosing a major!)

Ask seniors about the courses and read up on the modules. Crash a lecture or two. Download the app “campiiy” for mod and prof reviews by other students.

Ask yourself the right questions. If you’re considering econs, ask: do you like the way economists think? Are you ready to handle math – stats, algebra, calculus, differentiation – most of the time?

The sooner the better, but there’s no rush—if you’re in NUS FASS for example, you have up till Year 2 to change your major, without having to extend your stay in school. Many people change their minds, even when they thought their hearts were set. Take exposure mods to figure it out. S/Us (applicable to all mods without prerequisites) are your best friend!

I came to NUS FASS with my heart set on studying lit. But catching on with the gloomy employment and pay statistics, on top of unspectacular lit grades in year 1, I wavered. The more ‘promising’ field of engin and econs beckoned. After all, I pursued the sciences in JC to maximise my future options. Why was I now doing the exact opposite? Would I be jeopardizing my future if I continued like this?

While employers wouldn’t be looking too hard at my major, they won’t exactly line up to hire a lit grad. In the private sector, I would still lose out to my competition, the Business grads. But as a lit grad, I could do extra to catch up – internships, part-time work, leadership positions, projects and skills learnt from online courses.

At the end of the day, both Arts and Business Admin are generalist degrees; with the right attitude and relevant experience, you’re not at a disadvantage.

Take it from Ian Harding, admissions tutor for Geology at the University of Southampton, where he’s worked for almost 20 years: “The most important thing about studying for a degree is that the subject should inspire you. If a student is enthusiastic, engaged, and driven, then their future is secure.” On the flip side, blindly following the herd is the surest way to mediocrity.

If you don’t have a clear idea just yet, take heart. Many people are unsure when they’re starting out. Your major doesn’t dictate what you’re going to do for the rest of your life. Remember to take advantage of the myriad of opportunities available in uni! And the “free time to stone”, as working adults here at Digital Senior unanimously agree.