Introduction of THE World University Rankings

The Times Higher Education World University Rankings (or THE World University Rankings) are world university rankings published by the British magazine Times Higher Education (THE) with data collected by Thomson Reuters that provides citation database information. Both the overall and the subject rankings are included in the data. Starting from 2011, the World Reputation Rankings are also introduced, which are independent of the main rankings.

3 Differences Between JC and University

Don’t go to University for the sake of it 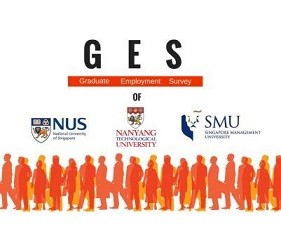 Review your course Have something to say about your course? Help other people with your review and get rewarded at the same time. Find out more about submitting a review to Digital Senior.

17 digital marketing courses in Singapore to help you break into...

Top 10 MBAs in Singapore that give you a competitive edge

18 Data Science & Analytics Courses in Singapore that equip you...

4 things fresh grads can do amidst COVID-19

Why you should learn videography ASAP

How to build a successful career as a young adult: 3...

Best laptops for students in Singapore that you don’t want to...

4 Great Reasons to Pick Up the Fine Art of Ethical...

4 Types of Financial Aid for Defraying Tuition Fees in Singapore