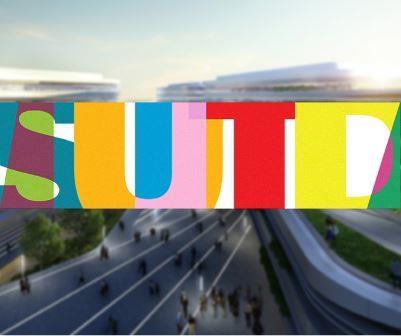 The Career and Admissions Talk

I was at Singapore University of Technology and Design’s career and admissions talk last Saturday and was really impressed with what I saw. I was skeptical at how different can a university be at first but it seems that this school is not just another university in Singapore. It does have its unique selling proposition.

Right from the start, we were introduced to its faculty members and it made me wonder if I am at MIT itself. Almost half of the team was made up of Caucasians. Later, as the host(who is also a professor from MIT) went about his introduction of these various academia, I got to know that they are the real deal from MIT, which means I am in a room full of really smart people( makes me feel smarter).

Lets pay further attention to the details. The SUTD students who went up introduced themselves as either sophomore, junior or senior students. The majors in the school are named as ‘Pillars’.These are are all US college lingo that we don’t use in conventional Singapore universities. All this seems to tell me that SUTD is none other than the Asia branch of MIT. Hands down to Singapore, or whoever in Singapore who managed to woo such a strong academic partner to join hands in grooming the future generation of our country.

The passion of the people who were onstage is also  evidently strong . They are determined to make this university a factory of people who can make a difference in the world. Perhaps, it shouldn’t come across as surprising since we are talking about people from US who are known to do things for a passion.

You could see the professor’s eyes beaming with pride and enthusiasm as he introduces the various projects done by the current batch of SUTD students. No, they are not academic papers or long essays, but actual prototypes of products that students made from scratch. We have creations ranging from flying drones that can rescue people in demise to surveillance robots that could make sense of its surroundings. Students actually built all these useful and practical products. As a testament to its usefulness, the professor added that an entrepreneur has already made moves to acquire those products and introduce it to the market. This is on top of the fact that SUTD has 7 companies being founded and 30 patents filed by students, not bad for a school whose first batch of students has yet to even graduate. All these clues bring us back to the point that SUTD is indeed modeled after MIT, with MIT’s motto being ‘Mind and Hand’. You know that you can’t get out of the school without having made something that works with your hands. The hands-on and highly practical approach is being strongly emphasized in this new university. This is a big differentiation from our existing universities which are traditionally known to be more academic.

Another thing that stood out to me was the fixed block of free time given to students for them to pursue their interests. They name it ‘fifth row’ which means the fifth activity students do every term in addition to their four academic subjects. Two afternoons each week are reserved for fifth row time. This reminds me of the Google’s famous ‘20% time’ which allows employees to take one day a week to work on side projects and has given birth to mind-blowing innovations such as Gmail, Google Talk, Google news and others. It is no coincidence that SUTD is also trying to nurture students’ creativity to prepare them for an exciting career with top employers such as Google, or maybe start their own Google. An entrepreneurial spirit is essential for achieving that end.

Engineering is here to stay

However, SUTD is not only here to inculcate creativity in students but also to reverse the trend of declining luster in engineering field in Singapore. They are here to tell you that engineering is not a sunset, but a sunrise industry. Why ? Listen on to find out more. In their career talk, heavyweights from various industries were featured, from managing director of leading consulting firm, Accenture to Group managing director of Architecture firm, Ong&Ong. We even have Deputy director, future managing of Singapore EDB.

They unveiled one common denominator among the different industry heads. They were all trained in the technical domain- engineering or architecture. Sure, today, they are all managing people and stakeholders in the company and are not involved in the heavy lifting anymore but they have their roots in engineering, and they are telling you that the same is true for many CEOs and head of companies out there. Even the head of EDB is here to let you in on some insider news that Singapore will be in heavy demand of engineering people.

If you are wondering why these luminaries would take the time on a Saturday afternoon to come and talk to us, its because they all have interns from SUTD working in their organizations, and according to them, faring very well. It shows they have close ties with the school. Another concern about career prospects addressed.  I would say all these presents a very compelling case to join SUTD, the top engineering school in Singapore and even Asia(at this trajectory they are heading).

Okay, university is not a place to turn into an engineering geek, you would say. What about life within the school ? Not to worry, SUTD has that taken care of. Among the 4 students who are featured that day to speak about their experiences, 2 of them are ladies and 2 guys. Well, even this is engineered. The professor went on to reveal that 40% of student population is made up of ladies. Don’t worry guys, you won’t graduate with a “bachelor’s “ degree even if you join an engineering-centered university like SUTD because they are taking actions to woo the girls into this field as well.

Okay, now that they got you all excited about joining the school, you would ask what does it take to get in ? The schools are pretty tight-lipped about the exact results, because, according to them, they want all-rounded individuals. They are looking at your participation in CCA, teacher’s recommendation about your character and your PASSION in technology and design(remember people from the west are big on Passion). For your sake, I managed to dig out some information. Talking to the poly and JC students who are already in SUTD, I found out that for A level students, you should have a combination of As and Bs, while for poly students, gpa of 3.6/3.7 would be quite safe. Of course, if you can demonstrate remarkable strength and passion in technology/design maybe by winning contests, then I bet you would get in with even lower grades.

And even if you get past the stage of records screening, don’t forget that they have an interview for ALL students. For that, I have also done some spying.  According to the interviewer, they will try to detect your passion in the area that you claim to have passion in in your application. For example, if you say you are passionate about helping elderlys, they would ask you to produce a plan for helping this group of people. An example of a question would be: “If you were the head of HDB, how would you design the flats so as to promote social cohesion?” Technical questions would also be asked, for example, 3 laws of Newton. Since they are also into creativity, expect creative questions such as ‘who hates you most and why?’ when that happens to you, don’t take it personal and flare up, they are just trying to pry into your thought process, making sure you are someone who can think and not just follow. There is no right answer in this case, just give an answer and justify as logically as possible.

Is SUTD the right fit for me?

One of the SUTD students said something which was echoed later by the invited guest from the industry, ”if all these dont get you excited, you are probably not the right fit.”  After the session, I talked to one of the students who is about to graduate and asked if he has found a job, to which he said ”No”. I further probed ”Aren’t you worried? ” . Like a zen master, he again said ”No”. At the end of the day, there is certain amount of risk that you take by joining SUTD(it being such a young university), but as the  investment mantra goes, ”The higher risk, the higher the rewards”. The question is , are you a risk-taker ? Do you fancy yourself building a world-changing something ? There you go, you have your answer.

That’s it for my one day adventure of SUTD!

Do you have any questions or comments pertaining to the school ? Shoot it in the comments box below!