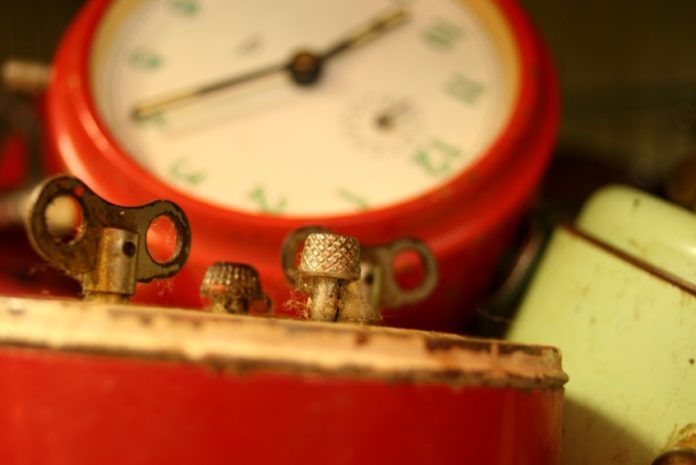 I am one of those few fortunate students who were given the chance to go on local exchange and to experience life at a local university outside of my own. Having personally studied at SMU business school for one whole semester as a Nanyang Business School student, I am writing this article to answer the question I am most frequently asked—what is the difference between both schools exactly? Yes, the rumors are true, the culture in SMU is indeed more extroverted than that in NTU. I won’t say that students here are more extroverted by nature, but they are more vocal as a result of combination of several factors.

The lecturers expect the students to participate actively in class and they make sure you do so using a variety of ways, such as:

1.Reiterating class participation make up 20% of your grades
2.Look at you and ask you to talk
3.Send the class a record of how many times each student has participated in class over the semester.

Not only that, lecturers also reinforce the identity of being gregarious in students by continually drilling this into us : “SMU students are known to be expressive by employers!” said the prof in one of my modules. The amazing thing is that more than one lecturer uttered that remark, so it can’t be a case of an outlier. It seems that lecturers have come together beforehand to agree on the matter that SMU student cannot be quiet. That said, there are still exceptions whereby the lecturers in certain modules are more easy-going.

As compared to NTU, yes, class participation also make up for about the same amount of marks as that in SMU which is 10% to 20% in a module. However, the difference lies in the lecturers. Perhaps because more of them come from an academic background whereby thinking is more highly valued than talking, they do not coerce you to speak in class. They come from an era whereby the teaching pedagogy is entirely a monologue, whereas the profs from SMU may have mostly worked in corporate setting ( This is not verified) in which voicing out your opinion is a way of survival. As such, from my experience, many NTU profs simply award all students with roughly the same marks for class participation.

Having more profs from the industry isn’t always a good thing. For 2 of my modules, my profs shifted classes from the original timeslot on a weekday afternoon to one on a Saturday morning. Reason being was the he had to go on business travel on the days we were to have classes. Eventually I had to miss the rescheduled classes because I was attending an event on the Saturdays already and had to read up the textbook myself, which proved to be a torture.

SMU rooms are configured such that there is no way you can escape unscathed in a seminar without talking. Everyone is able to see each other and conversations between classmates could easily be made across the room. The most powerful feature of a SMU seminar room is the slot that holds your name tag. It is the reason why you receive an email from prof in the middle of the semester telling you exactly how many times you have spoken and in which lesson when you can’t even recall. That is the major cause of differentiation between NTU and SMU lessons. While NTU profs have attempted to get students to speak up and engage in a dialogue, most effort fell flat, because students are not compelled to do so. Its not like there is extra marks for that. The profs do not ask for your name when you make an opinion. Whereas in SMU, profs have an extra pair of hand- the teaching assistants(TA) to take down your name whenever you open your mouth.

It was 12.05pm and class is at 12pm according to my timetable. “I’m still early,” I thought to myself and relaxingly entered the seminar room, but was surprised to see 40+ pair of eyeballs staring at me while I hurriedly find a seat. In SMU, students normally arrive in class before the scheduled start time and it came as a shock to me. I was usually one of the earlier students to arrive in class in NTU.

Delving deeper, I attribute this to the following reasons. The students have a stronger sense of reverence towards their profs and are unwilling to incur their wrath. In NTU however, you are unlikely to be censured even if you are late for more than an hour as the responsibility to learn is placed on your shoulders, not the profs’.

It is not uncommon to see 4 or 5 hands raised up everytime a question is being asked by prof. However, the competiveness do not just manifest itself in seminar rooms, but spills over to outside the class as well. For example, project meetings are considered staples in school and many meetings are held before a project is finalized for submission. I hear classmates in SMU perpetually moaning about the lack of time in completing projects and all other stuff, but workload in SMU is not any different from that in NTU. For a typical business module, the deliverables include project presentations, reports, assignments, exams, mid term tests and other miscellaneous assessments. In fact, for some modules in NTU, it is even heavier than that in SMU, but why are SMU students so busy ? I came to know that project meetings are the main culprit for such a phenomenon. Having an inefficient project meeting is the biggest time-killer.

I verified with 2 other exchange students and all of us came to a consensus that it is indeed more competitive in SMU than in NTU. I am not sure how the competiveness was fostered but I reckon that location plays a part as well. Situated in the extreme west of Singapore isolated from the rest of the world, NTU students are more laid-back staying in this little island. On the other hand, being near the hustle and bustle of city life has probably resulted in SMU contracting part of the corporate action. It is no surprise then that graduates from SMU command a higher pay on average than that of 2 other local universities, having already experienced “working life” in a simulated environment for 4 years.

One aspect that makes life in SMU cushier than that in NTU is the class duration. A weekly seminar for a core module in NTU last for 4 hours whereas that in SMU is only 3 hours 15mins long. Don’t underestimate what this seemingly small difference can do for you; it adds up to a tremendous amount of time over the course of one whole semester. It translates to substantially lesser content to study for during exams ! As such, in my case, studying for exams is a less frenzied endeavor in SMU than in NTU.

One thing I particularly like about some of the modules in SMU is the introduction of guest lectures conducted by industrial speakers. I am not sure if it is a custom in SMU to have this segment but out of 5 modules that I took last semester, 3 of them came with guest lectures. That is a staggering 60% rate! What does that mean? It means lesser content to mug for during exam once again! Why is that the case? Because the content covered by the guest speakers are obviously not examinable, as they usually talk about their industrial experience. Ok, for me, this is just a lovely byproduct. What is more important is that their sharing was most beneficial for me and other students, I believe. They were able to impart knowledge about the working world and provide us with a more practical side to learning. They also let us in on their personal experiences working in the corporate setting and gave us valuable tips on what to do to flourish in our career in the future. At least for me, this is much more interesting than learning how to calculate the net present value of a project to sell a new product. Of course, I recognize that a balance has to be struck and academic content cannot be neglected as well. In this sense, I felt that SMU has done better.

Which should I Choose?

Since SMU seemingly better prepares me for my career, I should choose SMU! The answer is not as straightforward as it seems unfortunately, as there are many factors to take into consideration such as hall life, learning opportunities etc which is covered in more detail in our guide on choosing university. At the end of the day, if you have already decided to be aloof, getting into either NTU or SMU will not transform you to become an outgoing person. There are all kinds of people from both ends of the loudness spectrum in both schools. There is nothing right or wrong with being either competitive and/or loud, but if you believe that you will not thrive in the kind of environment, then the choice is clear. On a similar note, there is no stopping you from being who you are as an expressive person if you are in NTU. The bottom line: whichever university you are in, make use of the opportunities available to learn as much as you can and be comfortable in being who you are.