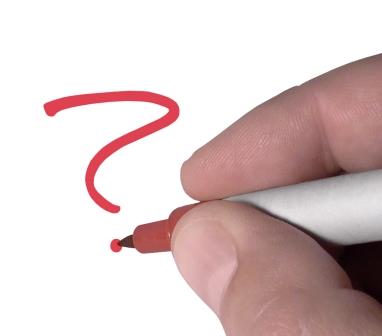 This is a major problem

Let Digital Senior give you an overview of the issue.

We first need to be clear about terminology. In Singapore, a second major is different from a second degree. Students who are on double major programs will mostly graduate at the same time as those on single major programs, while students taking double degrees have to spend one to two years more in university.

Double major students can graduate without extending their candidature period because they use their free electives (or unrestricted electives) to study their second majors, without incurring extra total credits that they have to earn in school. An additional minor only differs from a second major in that one has to study fewer modules to earn a minor. Beyond that, the arguments for a second major and an additional minor are similar.

When does it happen?

When can you do a second major/minor?

There are generally two different scenarios. In some circumstances, you have to declare the intention to do a second major at the point of application to the university. Since one is selecting for a double major program, one may face a higher bar of entry to university. However, the selection criteria are not as high as those applying for double degrees, which are much more rigorous than double major programs. In some other circumstances, one can declare the intention to pursue a second major after they get into a university. This usually happens during a student’s second year and onwards. One can choose an additional major to specialize in and their GPA is usually taken into account for selection.

And now it is time for Digital Senior to point out that ‘the more the merrier’ is not a sufficient reason for you to take a second major. A good reason for you to pursue a second major is actually your personal interest in the field. Having an interest in a certain subject area naturally makes you want to take more modules in that area. Once you have taken enough modules, you will be awarded a second major/minor, which is a logical result of your personal interest. Most students are concerned about the practical benefits of doing a second major. Does it look better to your employers? There is no simple answer to that. Employers definitely appreciate students who study extra. It shows your greater motivation to learn. If the field you want to work in is relevant to your second major, it gives you a greater understanding of the field and makes you more competitive as a job-seeker.

What are the costs?

1. First, you will have less freedom to explore the subjects that interest you in university, because you have to leave the credits for pursuing your second major.
2. Second, in universities that allow you to convert a certain number of modules into pass/fail status where you only need to pass the module to earn the credit, you are left with fewer choices to do that because modules that come under a second major program cannot be converted into pass/fail modules. You will have less flexibility to use that precious option to save your GPA that may be pulled down by a module you are not good at. You essentially ‘waste’ your valuable S/U options, which many other students are clamouring for more of.

However, since a minor takes up fewer modules than a second major, the problems can be reduced. Yet, with fewer problems also comes with less understanding of a field if you pursue a minor instead of a second major.