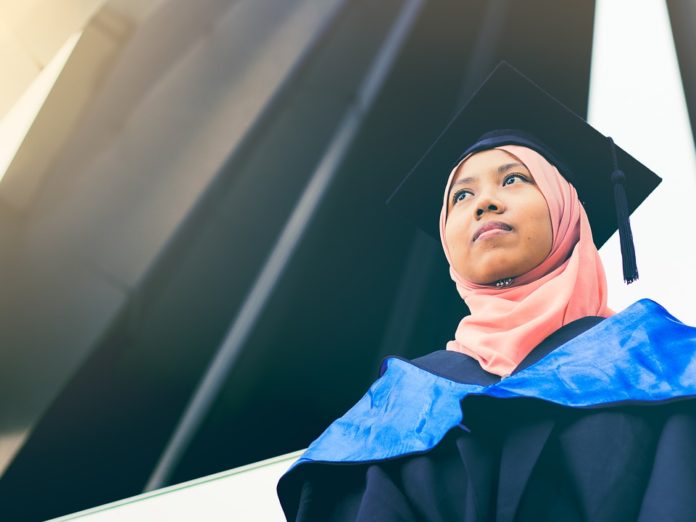 It’s an oft-repeated cliché that we Singaporeans stick to the conventional path in education. It all begins from primary school, where each year, parents vie to secure their children places in the same few coveted schools.

This repeats itself for secondary school. Even with the changes to the PSLE scoring system, National Institute of Education don Jason Tan pointed out that parents “still think the choice of school does matter”, ignoring schools outside the usual ‘top’ names.

Following JC or poly, we typically default to the same few local options for universities – NUS, NTU, SMU, SUTD, and perhaps SUSS. Ask any pre-U student and these are probably the names that would come to mind. Many of us would also be hard-pressed to come up with other choices beyond these well-known ones.

Though sticking to the safe path is not a bad thing, it’s definitely a mistake to conflate ‘safe’ with ‘best’.

With a plethora of other options like PSB Academy, NAFA, and MDIS on your doorstep, there are many reasons to break out of the default path. Here are some reasons why you might want to take the leap.

When you look beyond the trappings of ‘safe’ options, you start following your heart. A lot of the time, we follow the safe, tried-and-tested paths out of fear and uncertainty.

Our friends and family might advise us that only certain choices will be recognised by future employers. You yourself might also feel that you can’t go badly wrong by sticking to the default, even if it doesn’t quite seem like the perfect fit for you.

However, choosing a course that you truly enjoy can make all the difference in your happiness, not only during your university years but much further on. After all, a degree prepares you for life!

You might raise some eyebrows by making the choice of less conventional schools like Parkway College or PSB Academy. But such schools sometimes have unique course structures and schedules that chime perfectly with your needs. For instance, some private school programmes pack a four-year course into three years sans semester breaks, allowing you to dive quickly into the workforce.Or if you learn better via tech, you’ll want a school which offers a greater array of online learning tools. There are also schools that specialize in skills-based training , an increasingly popular domain.

The first step is getting in touch with yourself to find out what you really want. After that, all it takes is a bit of online research to get acquainted with your options (and there are more than you think!)

If you go to a school or course that differs from 90% of the undergrad population in Singapore, you’ll come out thinking differently. Not only will you have had different experiences, you’ll be chock-full of differing ideas and viewpoints. And that’s not a bad thing.

As business platform expert Haydn Shaughnessy writes on Forbes, “Being able to think differently is a basic definition of innovation but it’s also a definition of how to be smart about your career.”Decades of research have also shown that diversity of all kinds enhances innovativeness, boosting the bottom line of companies. Thinking differently means thinking creatively, and creativity is the key trait we look for in successful leaders and entrepreneurs today.

Stepping away from the crowd, and immersing yourself in aunusual but interesting course, is one way you can pick up the tools for creative thought. Be sure to check out the type of student life you can expect to enjoy as well – a diverse student body with a solid range of extra-curricular activities will go far in broadening your outlook. Some schools tend to have a more diverse population than others in terms of nationalities and ethnic groups. This is especially true in private institutions that boast students from all over the world. Being in a the diverse community will be a valuable experience for any student. Try talking to a person who grew up in a very different setting from you; you will begin challenging your own ways of thinking and start to have a shift in mindset!  By the time you hit the workplace, your less conventional credentials will make you a valuable worker who brings something fresh to the table!

3. The world is changing

The schools that are well-known today are not the same as they were ten years ago. NTU, for example, was once overshadowed by NUS as the default pick for most Singaporean students. In the last decade, it has grown by leaps and bounds – its College of Engineering has actually become first in Asia! Similarly, the courses that everyone sees as ‘good options’ today weren’t always so. Engineering and computer science is becoming a hot favourite among undergrads as the tech sector becomes more lucrative, but it definitely wasn’t prestigious a decade ago!

Given the fact that our world changes rapidly, that safe, traditional option you’re considering might be less practical in five years’ time. On the other hand, a less conventional school that ticks all your boxes could become the next rising star in the education landscape! It pays off to take the gamble – or at least to realise that the ‘safe bet’ might not be so safe after all.

This is especially true when you consider the fact that conventional schools may not offer the course you are looking for. For example, a digital marketing programme is not available in either NTU, NUS, SMU or even SIM. You would have to be schooled in a more specialized institution such as General Assembly in order to acquire those skills. However, that would mean getting a “less prestigious” education.

It’s never easy to break away from following the crowd, especially in a more kiasu society like Singapore. This is evident when we read of Edward Lim’sdecision to join PSB Academy, a private educational institution.

Unlike many of his peers, Edward Lim believes that the individual’s learning attitude is more important than that of the type of school he joins. As such, he did not choose to take the ‘proper route’ to pursue a further education in a public university after his completing his Polytechnic diploma.

Instead, he has amazingly completed 2 consecutive part-time Diploma and Degree programmes in PSB Academy, while simultaneously studying in a local Polytechnic during all that time. While his parents and friends questioned his decision, he strongly believes that his unique experience is worth the while. He has already benefitted greatly from his time spent with his classmates who are in the workforce. Conversations with them had allowed him to gain useful insights into the working world by the advice and stories they share.

It is students like Edward Lim that prove that the venture into other educational paths might just be the one for them.

If you’d like to get started, check out the course pages of schools like LASALLE College of the Arts, PSB Academy or MDIS and let the amazing options out there surprise you. We’ve also listed courses in engineering, psychology or data science for you to check out.

With more and ever more options available for your future studies, it no longer makes sense to stick to the mainstream choices of the day. The path less travelled might just be the one that suits your needs and ambitions best. On the other hand, if you have already started on your degree programme and have doubts whether the course is for you, it’s never too late to change. Don’t be afraid of going in a different direction from your peers along the journey. Some schools are able to provide strong support for your decision. As the saying goes, we only regret the chances we didn’t take!