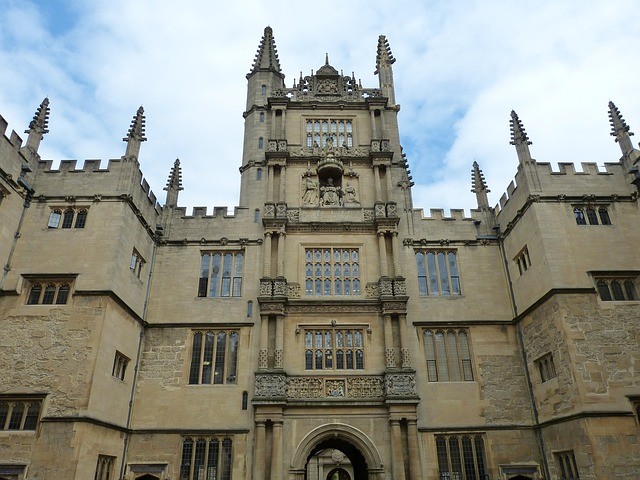 What does it take to get into the world-renowned University of Oxford? Do you think you have what it takes? Well, let’s hear from 2 graduates from Raffles Institution, Class of 2014 who have survived the rigorous selection process and made the cut. Hi, so give us a little background on yourselves. Who are you, which school were you from and what was your CCA?

JY:
I’m Kuek Jia Yao, 19 this year and just had A Levels last year. I was from Raffles Institution (Sec) and then Raffles Institution (JC) through IP programme. I applied to both US, UK universities for tertiary education. I was also in the NCC, RECAS (Raffles Economics & Current Affairs Society) and Students Council! I am now a SAFOS (Singapore Armed Forces Overseas) Scholar under the PSC Scheme. I applied to study Philosophy, Politics and Economics (PPE) at Oxford.

So why did you decide to apply to Oxford for your particular course of interest?

JY:
I loved PPE because I believe in the importance of being inquisitive. I wanted to pursue a course of study that made me versatile and analytical. PPE is famous for its flexibility; journalists, politicians, businessmen have all studied it. I wanted to study PPE too; plus it would have been useful in my chosen career as a soldier and civil servant. I would argue that the current Liberal Arts education system I’m in now, does provide similar flexibility in my education. PPE is the only college major in the UK system that I felt rivals Lib Arts in its breadth and flexibility

GO:
I applied for Oxford primarily because of the tutorial system here. Unlike most universities, tutorials here are conducted in classes of 1-3 students, with one of your tutors. I felt that I would benefit greatly from this system, where I could receive direct feedback from my tutors about my work and discuss problems in the law with them on a more personal basis. You get much more personalised attention from your tutors, as opposed to tutorials in JC for example, but it’s also more challenging in the sense that you have to constantly be on your toes, ready to engage with the problems, ask and answer questions, and defend your views. Plus, you get to learn directly from the people who wrote your textbooks – how cool is that?

What were some of the difficulties you faced when applying for Oxford? (Besides having to score all As)

JY:
Honestly, I was extremely busy during that time as I had to study for my A levels. The Oxford application deadline was in September/October so I has to complete my common application with my personal statement really quickly. Only Cambridge had an earlier deadline.
Since I applied for PPE, I had to take another test, the Thinking Skills Assessment which i had to prepare for in order to be considered for admission.

GO:
In terms of grades, it depends on your offer – most Oxford offers require 3 H2 As for A levels, as did mine.

For Law I understand that you need the LNAT, what is it and any advice on how to prepare?

GO:
For Oxford law, and many of the law programmes in the UK, we have to take the LNAT. It comprises of 42 multiple-choice questions (much like the comprehension passages you used to do in primary school, you’re given 12 passages and asked 3-4 questions on each) as well as an essay question, which is really just like a GP essay.
I just did the 2 practice papers that were provided on the LNAT website!

I understand that for PPE you need the TSA. What is the TSA about and can you prepare for it?
JY:
If I may allay any applicant’s fears I believe that this test is not meant to measure preparation or knowledge. It’s meant to serve as an indicator of your thought process. That being said, you CAN prepare for it. To prepare for it, you can google TSA questions. I also bought a book to prepare for it. There are lots of books out there that you can buy.
One of the sections for the TSA is an essay component which you have to write within 30 minutes, so you won’t have the time to write a full length piece. To do well, I had to:
1. Paint a full picture of how my points interact with each other to form a cogent argument
2. Show how I could think out of the box in explaining an issue.

What about the interview?

JY:
First, when I went to Oxford the first thing that the Admissions tutor said was that “All of us had already made the cut, whether we passed the interview or not was not a measure of whether we were good enough to be in Oxford, because there were so many factors in play.” This can definitely apply to the whole Oxford application process.
There is a level of arbitrariness that exists in any application, and it is in no way a measure of anything whether you succeed or not.
Anyways, the second thing they mentioned which really stood out for me was this:
So please, don’t fret. I’m guilty of oversharing this story, but during one of my two interviews, the professor asked me “So what is marginal income?” I didn’t utter a word, eventually had to succumb and say I didn’t know.
Now one might say that I can be let off because I didn’t take econs in high school… but an applicant to PPE doesn’t know basic econs? HAHA needless to say I didn’t expect that I’d get in after that incident.
Apparently for the econs interview there are questions of increasing difficulty (a total of 9 I believe) and I failed the first one! So don’t let your impressions of how you did cloud your judgement, especially if it’s after your first interview. There are two interviews for PPE (at least for my college). My first interview was the International Relations and Politics one, while the second was the Philosophy and Econs one. Needless to say I enjoyed the former much more than the latter XD

GO:
I did a Skype interview from Singapore after my A Levels (and for those who are wondering, my suggestion is to do a Skype interview to save money. If you have the spare cash and want to go on a holiday in the UK anyway, by all means; but it makes no difference whether you do a Skype interview or not).
Before the interview, I was given 20 minutes to read a hypothetical legal situation given to me, as well as the relevant statutes. The interview was really more like a tutorial: the tutor and I discussed the case together and we talked about the various legal issues that arose. The tutors aren’t there to intimidate you or question you on your knowledge on law: they’re quite aware that you know next to nothing about study law at university level. Instead, always keep in mind that they’re scouting for potential students: students who can best function in that sort of intimate discussion environment, and learn the best with whatever time they have with their tutors. What advice do you have for those who wish to study in Oxford?

JY:
Two attributes I’d encourage you to keep close when doing either the TSA or interviews:
1) Always keep an open mind, and consider any and all ideas that pop into your head
2) Try to be as sharp and clear as possible.
I’d relate the first to the concept of creativity and the second to logic. Last but not least, I encourage students to always stay inquisitive!

GO:
Talk to seniors! Make sure you understand just what you’re signing up for – different people learn in different ways, and the tutorial system isn’t for everyone. In Oxford there’s a lot of independent thinking and learning involved, and while the tutors definitely give you guidance along the way, you need to be very disciplined in the way you manage your time and learning. The terms are short and very intense, but if you put in lots of effort into your work, the learning will be very, very rewarding.

Conclusion:
The University of Oxford is ranked 2nd in by Times Higher Education. It is one of the best universities in the world for a reason. Getting in, is no easy feat, but that should not stop you from trying. Aiming to be the best that you can be, to invest in your education and ultimately yourself, is the best investment you can make. The university is also housed in a beautiful scenic city that will let you experience what living in a campus city is like, much unlike Singapore. So if you can, going abroad for a quality education isn’t just about getting a great cert. It’s about learning and developing yourself, to be the best that you can be.