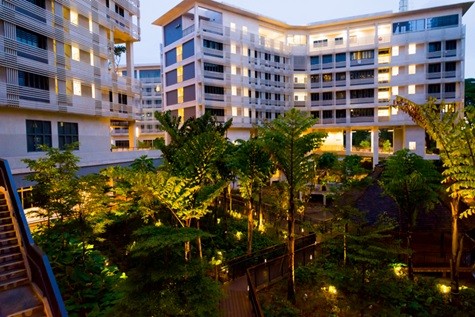 Hall holds a very special place in the hearts of hall residents.

For some, it represents freedom. The freedom to be young, wild and free away from the constant surveillance of their over-protective parents. A space where they can finally manage and control their own lives. For others, it represents home. The close friendships forged forms a second family, where everyone takes care of each other.

In this article, I will explain in more detail on the hall committees and activities in a typical hall from my personal experience in a NTU hall.

The thing that most freshmen or non-Hall people are curious about is the nature of hall activities.

Well first things first, unlike the common misconception that one has to join many hall activities and sacrifice almost all their time to hall, hall activities are actually manageable and fun! In fact if you think carefully of what activities to join, you will find yourself being relieved of any additional stress and enjoying your hall stay pretty much.

Hall activities are also not absolutely necessary in order to stay in hall. For universities like NTU and NUS, senior undergraduates can stay in hall via other means such as participating in certain CCAs in school. But that being said, you should try out hall activities at least once, as the hall experience is really different. In fact, hall is also a really good place for you to make friendships that will last throughout your University life.

One of the common terms that you will be hearing in hall is the term JCRC.

So, who are the JCRC and what do they do?

Well, the JCRC is the committee that represents the welfare and interests of the residents in hall. They are the ones that you should approach, should there be anything that you want to highlight and feedback.

They are in charge of organising hall events that bonds the residents together, in addition to inter-hall events. As such, they are often the busiest people in hall, having meetings that sometimes last all the way into the wee hours of the morning.

Not only that, they have many additional things to do such as sending proposals to the Student Affairs Office, turning up for hall events and constantly contacting their respective subcommittees regarding hall events. As such, due to the heavy responsibility that all of them holds, all JCRC members are required to run for an election in order to choose the best suited hall resident to take up the position.

The JCRC Committee consists of the following positions:

Firstly, the Top four. These people are the most ‘powerful’ and busiest ones. They are typically seniors who have been in a JCRC role before.

The President is the charismatic leader of the hall, who is mainly in charge of constant correspondence with the Hall Professors so as ensure that the welfare and interests of hall residents are well taken care of. The vice president, on the other hand, is mainly in charge of assisting the President where needed, in addition to being involved in organising inter hall events like Jash.

The Hon Gen is one that everyone will soon be familiar with as the Hon Gen is the person who is in charge of sending out emails to the hall population to inform them of hall events whereas the Financial Secretary is the one in charge of overlooking all hall committee financial matters such as reimbursement etc.

This is followed by the other 15 JCRC members, who cover positions ranging from Publicity to Recreational Games.

The other members are mainly each in charge of a subcommittee (which is different from an Ad hoc committee and will be further explained below).

Among the positions, the publications director is one of the ‘busiest’ as he or she has to be down for almost all of the hall events along with the Publications subcommittee members. For the business director, their responsibility is rather heavy in the sense that people will either praise or ‘curse’ the director based on the ‘state’ of the hall welfare pack as compared to the other halls.

With that being said, the hard work of the JCRC members are not for nothing. The hall recognises the efforts of JCRC members and usually guarantees them hall stay for the next year.

◦ The 1,2,3 requirement for hall stay for NTU non-JCRC members

If you don’t intend to be a JCRC member, here is the rule of thumb that hall seniors follow:

Join 2 out of the 3 following hall activities :

Ad hoc committees are one of the most common committees that people usually join.

These are the ones that involve a little more investment, in terms of time and effort (as compared to the subcommittees). But even so, joining an ad hoc committee is still manageable as the commitment level is not constantly high.

In general, most ad hoc committees follow a timeline where they do not really meet up that much until the weeks leading up to their event or when they have to canvass. A really rough gauge would be that they meet up at most twice a week for a few hours each night.

Ad hoc committees are also often the group of people that you will more likely form friends with as you will work together with them more often than any other hall committees. But should you not like to plan but still feel like contributing on the actual event, ad hoc committees actually welcome you to help out as helpers. Simply volunteer your help to them and await further information.

JCRC Subcommittee offers a platform whereby hall residents can try various activities which they previously might be unable to try such as cheer, events or in charge of a recreational game.

Each hall resident is allowed to apply for as many subcommittees as they like although it is up to the JCRC discretion to accept them. Upon participation, there is a fee to be paid for joining Ad Hoc Committee and JCRC subcommittee for hall cashflow purposes. But at the next academic year, a portion of the money will be returned to you, minus the shirt fees.

Mini description: Dance is one of the most fun and popular subcommittee among hall residents. Regardless of whether there is dance experience, everyone is welcome to try out the open classes organised by the seniors. After which, registration for the inter-hall dance competition will start. Rehearsals for the competition typically start during the December holiday all the way till the recess week of the second semester. Each rehearsal session is expected to lengthen in both session duration and number of times per week as the date to the competition arrives. (For example ends roughly 2am every night) The inter-hall dance competition is a pretty fierce and challenging one as most halls will put in their utmost best to achieve the best results, with some even hiring external choreographers.

Mini description: Hall cheer, like hall dance, is a popular subcommittee that many people want to try upon entering Hall. Unlike most subcommittees, it is pretty challenging as members have to do lots of core and strength training to build up the muscles required. Not only that, another challenging factor is that the girls typically have to diet in order to maintain their weights within a certain range so that their base (the person holding them up in the air) will have a relatively easier time. The cheer competition is also one of the most anticipated events where halls hope to achieve the All Stunts Up (ASU) status. The ASU status is a prestigious one as it is usually hard for all the flyers (aka girls that are up in the air) to keep their balance and not fall from the top.

They are the ones in charge of filling up your exam welfare pack to the brim with plenty of nice goodies by sending out countless number of emails to sponsors.

They are the ones in charge of organising hall events such as Valentine, Halloween etc.

These are the hall activities that often lack sufficient people to help participate in the annual Inter-Hall Games (IHG) and Inter- Hall Recreational Games (IHRG), that typically occurs during the December holidays.

Training is typically 1-2 times a week.

Training is typically once a week.

From my personal experience, I would encourage you to join all or if not most of the activities that you are interested in as much as possible. You will never know that this activity might just be the activity that you are actually quite good in! In fact, the most common regret among hall residents is not trying out the activities they were interested in when they had the time and energy to do so in Year 1. So just step out of your comfort zone and try even though if you are not confident. Joining hall activities will really help you develop and grow into a better person. You will learn how to interact with different people from different backgrounds and make friends with them. You will learn how to share and help others wherever possible.