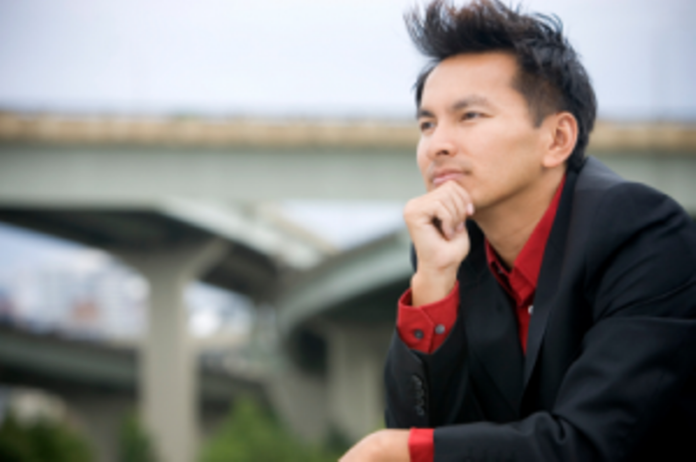 When I go to Berkeley for a one-year exchange program, I thought the curriculum would be a breeze. We Asians should dominate anything that is science and engineering. Anyway, it is in our blood to crunch numbers, isn’t it?

But I was shocked when I got to know the American engineering students. They were so good at it. Many of them worked as hard as some of my most hard-working friends in Singapore. Their transcripts were admirable. And most importantly, they seemed to like a lot what they were doing. After having long gotten used to the American culture through its dramas and movies, I have to say that was the first real cultural shock I had after stepping my foot on this land. It’s called the land of freedom, isn’t it? I have finally appreciated the meaning of freedom, down to a very individual level.

I liked to ask them “do you enjoy studying your course?” The answer ranged from obvious understatement such as “yeah, I guess so” to outright expression of passion “yes, absolutely!” I wonder what kind of answers my Singaporeans classmates would give; and I’m not being prepared to get inspired by many of them.

Such difference in attitude can probably be explained by that single choice one made when he/she was entering university: what should I study? The choice seems so difficult. You are not buying a good from the supermarket; there is hardly a second chance, there is no sampling or return policy. You have to go in straight, for better or for worse.

And that scary prospect handicaps our thinking. Or rather we become unthinking. We let others do the job on behalf of us. The “others” include our parents, relatives, friends or social opinions. They always seem to be wiser and smarter than us. After all, if everyone says that a particular course is good, and if that course is oversubscribed and has high cut-off point, how likely am I going to be wrong by following the crowd? But the paradox here is once you follow the crowd, you become part of the crowd. You become part of the group that your juniors, your younger brothers and sisters follow. They will be thinking in the same logic as you, entrusting the decision making to wider familial or social opinions. But only you know how uninformed this crowd can be, because you, an uninformed high school kid, were one of them. Popularity is never guarantee of truth.

But I know following the crowd does make you feel safe. It is purely human psychology. But the crowd won’t protect you once you have problems. It won’t wake you up when you are dozing off in the lecture theater because you find the subject boring; it won’t save you when you are struggling with past year papers, knowing that the final exam is a few days away; and it won’t comfort you when you feel discouraged, or start tearing, when you receive your exam grades.

You are still alone in the crowd, in your struggle against something that you don’t like, or in your self-rationalization that this must be a good course to do because it offers one hundred and twenty five dollars higher averaging starting pay. You forget to ask yourself what you really like. You choose the easier path by studying a harder subject. And the promised higher employment rate or higher average pay may never trickle down to you, because, unfortunately, you are “below average”.

I have a friend from India. Upon graduation from high school, he applied for social science in university using his perfect A-level scores. His relatives even called him, asking him to think twice. In the true “Indian spirit”, he should study engineering; or better still, computer engineering.

But he followed his heart because he was so engaged by the study of politics and sociology. He graduated with a First Class and is now working for the UN Security Council, flying across continents for international meetings. If he succumbed to the pressure, the world would have one more nameless computer technician but one less high-flying UN official. To be sure, there is no bias against engineering. It is a great field to study and one can become very successful. The list of successful people who studied engineering in university is just too long. But one crucial element sets them apart: they like what they do. They feel engaged intellectually, they feel confident as a student and they get good grades which open many doors for them. They become successful never because of their major. It’s because of something more intrinsic to them.

So start thinking for yourself. Others can only provide you with advice, but you are the one facing the consequences. You are the captain of your ship. A good captain always consults a second opinion, or probably a third one, but he always makes up his own mind as to where to chart his ship. Bon voyage!