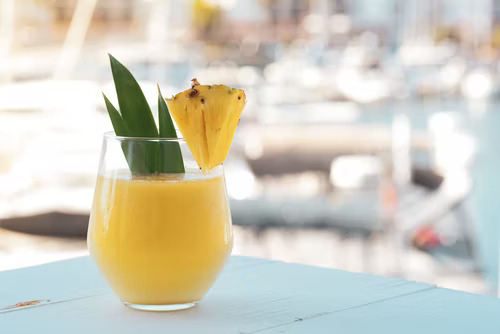 It’s not just about the pina coladas

For all the lovely pictures you see of snow-filled windows, or your friends punting along the banks of Cambridge, or sipping pinã coladas along the beaches of Ibiza, it’s simply not true that studying abroad is always fun.
How do I know?
Well, I studied in Nottingham for 3 years. Before that, I used to scroll past the Instagram feeds of my friends, and look longingly at all the fun they seemed to be having. That was the key word.
“Seemed.”
Studying in Nottingham helped me see that many of these ‘fun’ experiences weren’t always the case, and the less appealing pains of studying abroad were often glossed over, almost as if they didn’t exist.
This article hopes to address these myths, and present a more realistic picture of what life is like studying in the U.K., even as the new autumn semester begins.

Relax, your studies are going to be easy

I would be a millionaire if I had a penny for every time a friend or a family member said this to me. There’s the misconception that studying overseas is easier.
Well, it wasn’t, in my experience.
I studied social work in the U.K., and in the first week, I remembered that as everyone else was busy partying, I was trying to wrap my head around the social welfare system of the U.K. I was figuring out the different assistance schemes there were.
It wasn’t that easy. Beyond understanding the differing policies, also involved grasping the varying cultural nuances. For example, I couldn’t understand why the British introduced a cradle-to-grave welfare system, when it seemed clear that this would prompt heavy reliance on the state. It was only after this was placed in the context of providing for the nation’s veterans who had sacrificed nearly everything for the war that I realised the cultural nuance behind this policy.
British universities are also not devoid of the dreaded project work. I was the only international student on my course and this meant that all my group mates were British. It took some time for me to understand their working styles and to figure out how to get all of us driving forward in alignment.
Most importantly, because I was an international student and paying so much more money, I felt the added pressure of working harder to make the money worth it. This meant that even on my placements, my routine looked somewhat like this:
Time Activity
0630 Wake up
0700 – 0745 Gym
0800 – 0830 Take bus to work
0830 – 1700 Work
1700 – 1730 Splash together granola and soy milk for dinner
1800 – 2000 Work on extracurricular work
One foggy morning, as I was racing on my bike to get to the gym, as I approached the end of the roundabout, BANG! 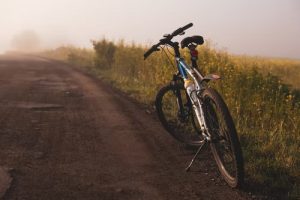 I collided with a car.
My first thought wasn’t: Oh no, how do I get to my placement now?
It was: What’s going to happen to my six-packs now?
Needless to say, the bruised ribs and cracked bicycle frame was a powerful lesson in learning to slow down.
Studying in the U.K. definitely isn’t easy.
And if you think that you’re going to the U.K. for a breeze through your studies, I would encourage you to think again.

A deliberate choice I made during my time abroad was not to spend more time within Singaporean circles. I felt I hadn’t flown 10,000 miles to find more Singaporeans, and thought that my experience would be limited if I kept myself within my friendship comfort zone.

But it also meant that I looked long and hard for friends who didn’t like partying. The nature of university means that friends are often quick to come, and go, as students are constantly moving onto exchanges, years abroad, or internships.

Finding friends can be one of the hardest things you do as a student abroad, especially if you don’t want to find more of what you’re used to. What helped for me was to constantly find things that I loved doing with others. For example, a rich vein of friendships came from the Public Speaking Society, where I went weekly to hone my public speaking skills.

As you grow in your years abroad, you will realise that one important skill is saying goodbye. As an international student, you will say goodbye more often than you would want to. Sometimes, this got so painful that I started skipping farewell parties, precisely because of how depressing they were.

Finding friends abroad is also being willing to lose them. You know that however great friends you are, they will come a day when both of you will need to part. That much is certain. But would you rather have loved, and lost much, than not to have loved at all? It’s your choice. 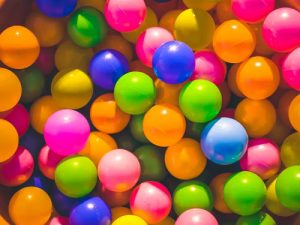 I envied friends in Singapore who told me about how they would go for exchanges not hoping to study, and wanting to make the minimum grade whereby they could pass. They would often tell me things like,

John, just relax and have fun studying overseas! Treat it like a holiday!

Holiday!? You must be kidding me.

The pressure of spending SG$160,000 on your studies is not lost on you. I know friends whose parents’ took out loans, reverse mortgaging their homes, just so that they could have the chance to study the courses they wanted. Other friends had parents who cashed out their retirement policies.

The money spent to finance your education, is not a joke.

That’s why having fun, is really the worst misconception anyone can have of you studying abroad.

I know how this felt personally. In my first university assignment, I failed it.

I remember going to the pool that afternoon and thinking,

what if I’m deported for failing? What would I say to my parents? I can even imagine the headlines! “Student is deported after failing first exam.”

I had to retake the assignment during my summer holidays. My summer holidays were spent worrying about what would happen if I failed. Would I spend the rest of summer, and my life, in Singapore?

As pressurising as it is to have a physical price tag to your education, not thinking about it is not the answer. Rather, I’ve learnt that acknowledging, and being thankful for the trust your parents have placed in you is a better way to address the pressure.

But it’s also important to let out the pressure, by keeping a healthy balance between work and study. During my last year in university, despite it being the hardest and busiest year, I deliberately made sure that I spent an entire day each week resting, and not touching work. Every 6 weeks, I would take a complete break by going on a roadtrip.

This helped me to do better than I ever did for the preceding two years, and reminded me that there was more to life than studying.

As cliche as that sounds, there is.

Today, whenever I look back at my time in Nottingham, I don’t remember much of the time spent in the classroom. But I do remember the times spent with friends, walking the hills in Peak District. Or laughing uncontrollably over a bad joke by a professor. Or raising our eyebrows at yet another strange assignment from our lecturer.