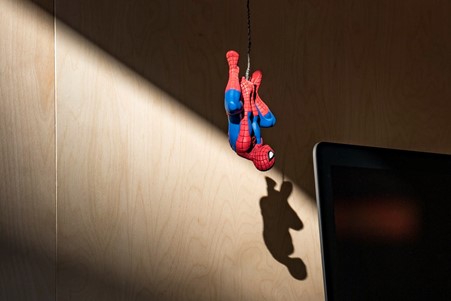 What if you woke up one day as a summoned hero in another world?

What if you were tasked to defeat the demon king and save humanity?

Based on your current skills, how confident would you be in succeeding?

Chances are, the answer is probably ‘not very’.

In modern society, we spend a whole ton of our time on work. Even aside from that, our remaining time is largely spent on entertainment rather than picking up new and trainable skills. And combat-related ones? Well, that’s like even rarer.

Okay, how about a less far-fetched scenario with greater odds of occurring?

Alternatively, say that Full Dive MMORPGs arrive in the not-so-far future and games now have the realism of physicality. Would you be able to kick ass in them?

After all, it was only late last month that the first VRMMORPG for the Oculus Quest, Zenith, was released. With the accelerating rate of technology, who’s to say we will not see true immersion one day?

Here are 8 essential skills to train such that it would be so much easier to battle monsters and slay demon army commanders should that time come. At the same time, much enjoyment can be derived from honing these skills in and of themselves as pure leisure activities alone!

The standard weapon of any isekai is none other than the sword. A common staple of isekai is a knight order, with swords often being the favoured weapon. To prepare for combat against nasty, would-be foes in an isekai, it would be a great idea to learn swordplay.

In real life, one form of swordplay that is prevalent is fencing, this being an Olympic sport. Fencing has its roots in Europe. Meanwhile, there are also Asian versions of swordplay. One of the more well-known ones is kendo or the way of the sword. It’s actually from Japan but has schools in Singapore just like fencing. Personally I’ve trained in the lightsaber via Vader Immortal, a VR game based off Star Wars. 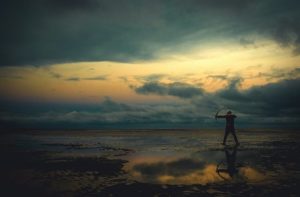 While some fighters attack from the front, others attack from a distance away with ranged attacks. When you think of isekai, you think of swords and magic. Yet, you can’t really train magic in a world where it doesn’t exist! Hence, a viable alternative would be archery.

Naturally, there are a whole lot of places where you can learn archery in Singapore. Archery is an Olympic sport as well and is technically kind of like a superpower — well, unless you deny that Hawkeye has a place in the Avengers, that is. A surprisingly many people also started it due to the Hunger Game’s Katniss Everdeen. Personally I sort of trained it via Holopoint on the Oculus Quest.

Not everyone fights with weapons! For example, I think monks in Final Fantasy fight barehanded. That’s a totally legit fighting style. In addition, having unarmed combat on top of being able to fight with a weapon naturally gives you a trump card. And if your weapon breaks, you’ll be able to fight on. Basically, martial arts.

Needless to say, it is not at all hard to find a place that teaches martial arts in Singapore. Martial arts such as boxing, wrestling, judo and the ever-popular Taekwondo are Olympic sports. Still. These differ in terms of practicality against greater numbers. Like, it seems that wrestling is only good for a 1v1, while Wing Chun which I am learning is more versatile as can be seen in Ip Man going 1v10. 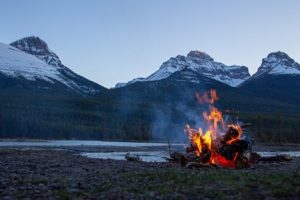 In an isekai, you may have to camp in the wilderness with no human settlements within reach. Thus it would be necessary to learn some basic wilderness survival skills like finding shelter, setting up camp and starting a fire. In extreme situations, you may even have to hunt and prepare wild game.

Wilderness survival is not an Olympic sport. It isn’t even a sport. It’s about survival. Fortunately, as can be found through a quick Google search, there are avenues to learn this locally. Technically, there are quite a few survival games which can be found online. However, a lot of it is just pressing buttons and memorising their crafting systems, stuff which ultimately is not transferrable to real life scenarios.

In an isekai, you might have to traverse long distances in navigating the world map. Now, while something like riding in a carriage is also possible, riding on a mount is definitely also something you do. Now, you can’t ride wyverns or griffins in real life, so we’ll have to settle with horses to grasp some basic riding skills.

Interestingly enough, equestrian sports can be found in the Olympics too. And from the mere fact that betting on horse-racing exists in Singapore, it’s obvious that you can learn to ride horses in Singapore. Who knows — one day, you might just find yourself at the head of an army, treasured sword in hand, charging into battle atop your trusty steed. But before that, it’s relishing that sense of freedom as you race. 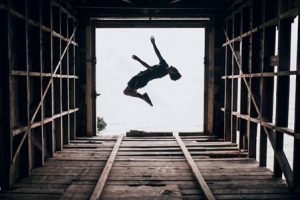 Have you ever imagined yourself shimmying up pipes, jumping from roof to roof, doing forward rolls and backflips? In kung-fu movies, you see actors doing that super-cool mobility stuff all the time. In an isekai, increased mobility will mean increased options which could spell all the difference between life and death.

As far as I know, these things aren’t Olympic sports. However, this doesn’t change the fact that they are fun to do and empowering as well. Recently, I saw a video from moveacademy.sg on the news. Some old people were doing parkour and enjoying themselves in the process. Similarly, even for young people, it can help keep us active whilst being fun as well! I have said academy open as a tab on my phone.

Reaction speed is definitely essential in an isekai. Say an enemy shoots a piercing beam of light at you. You perceive their attack and tilt your head to the side just in time so that it only grazes you. The higher your reaction speed, the greater your odds. If you can’t even see the enemy’s attack, how can you defend against them?

The best way to train reaction speed is naturally through external stimuli. This can be through either sports or games. For instance, those who just started playing Beat Saber or Audio Trip in VR should be totally overwhelmed by stimuli at ‘expert’. However, they become able to get used to and react to it after a while. Basically, video games in general enhance people’s ability to react to external stimuli well. 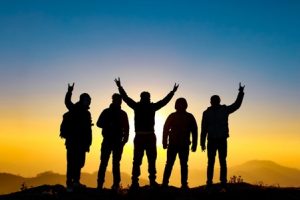 Heroes in an isekai usually have party members with them. Together, they team up to fight against their enemies. Naturally, it is best if they can work together to exert strength that is greater than the sum of their parts. An example of a standard role allocation would be tank, control, dps and support/healer each playing their part.

The best way to train team coordination is once again hands down none other than through games. The most classic type would be MMORPGs, where people from the same guild raid dungeons together. An alternative is the MOBA, but this is limited by limited customisability of skills. An upcoming game type would be Project V by Vela Games that professes to be a multiplayer online co-op game. They simulate combat.

Imagine yourself transported to another world, a world of swords and magic.

Would you be able to thrive and shine in that world?

In modern society, life is pretty much uneventful. However, you can make life a lot more fun and enjoyable based on the activities that you choose to do.

Sure, it’s only right and proper to focus on work or studies as a main priority. However, that doesn’t mean that you’ve got to make it your everything!

Get more active. Get in touch with nature. Do activities with friends. By training the essential isekai skills as mentioned by me earlier, you get all these totally legit benefits on top of a higher survival rate! It’s killing two birds with one stone!

So, like seriously, why wait? Start your isekai training today!