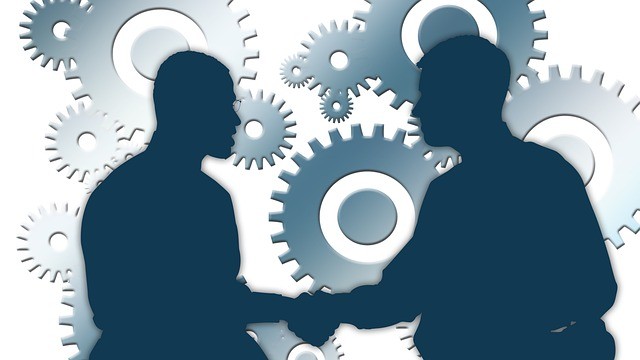 “I can’t wait to graduate!” this is what students are often saying when they are entering their final year. While most students just talk about it, some actually do it. Every year a handful of students choose to graduate early, mostly by one semester earlier. While the temptation of getting away from homework and exams is there, it is always a good policy that you consider the pros and cons of graduating early, a decision that usually has more impact on your life than you think. Most students who graduate early are one of two types: those who need to start work early or those who are pursuing further studies. Let us look at those who want to enter the workforce earlier than their peers first.

To relieve the financial burden

They may be facing financial problems and starting work early means that they start to be financially independently early. Moreover, staying in school for one less semester helps save tuition fees and other fees associated with being a university student. This can be a huge benefit to students who want to lessen the financial burden of their families.

Other than achieving financial independence earlier, such students may also get a head start in their career. Since one has to work for a certain number of years to gain experiences and recognition, those who start their work earlier have the advantage of time. They have more time to learn more experiences, develop relationship with their colleagues and enhance their credentials while their friends are still read textbooks in school.

To save time for further studies

There is a second kind of students who graduate early because they will continue with their studies after graduation. They may pursue a Master or PhD degree and want to save more time (not necessarily money) for further studies. Such people usually feel “the urgency of life”, and wish to finish their target level of studies before other things kick in, such as work, marriage and family responsibility. To get priority for selecting modules

Regardless of one’s motive, one common benefit of graduating early is that one can usually get priority in course selection. Priority is generally given to senior students. Here the seniority of students is defined the percentage of the total academic credits that one has gained. By overloading every semester to graduate earlier, you are effectively on a faster track than your peers and can get your desired modules more easily. Such benefit is especially strong for students who want to pursue further studies, because graduates school usually prefers students who have taken certain kinds of courses in their undergraduate programs.

The trade-off of graduating early

While there are many benefits of graduating early, it doesn’t come without cost. One obvious cost is that you will be busier than your friends. Just do a simple math and you will realize how many more modules you have to take every semester so you can graduate early. Being busier has two common implications. First, since you are studying more and taking more exams, you may find it more difficult to get the same grades as your peers. Or you may choose to work harder (which is great!) and maintain a good GPA, yet you may have less time for other things, such as school activities or spending time with your loved ones. There is a trade-off you should recognize.

The implications above do not stop there. Ask yourself: why do you want to graduate early? If your answer is that you want to earn an income early, would it serve you better to graduate with a higher GPA, six months later. Though one can earn an income earlier for six month, he may not be in a financially better position in the long run when students with better GPA tend to start their career at a higher level.

The same argument may apply to those who want to pursue further studies. Admissions officers will be much more impressed by a high GPA than the fact that a student tries to overload every semester and ends up with a less than satisfactory GPA. Since GPA is even more important for graduate school admissions than finding a job, you cannot afford to let your grades slip below the bar.

The myth of “less competition”

One common argument for graduating early is that one faces less competition in finding a job. That is true since most people will only graduate one semester later. However, there is another side of the coin. Since companies know that most graduates will apply for job at the normal graduation time, they may only hold recruitment during that time. If you apply for their job early, you may realize that their job portals have not opened yet. This is especially true for large companies (most of the MNCs), who follow standardized recruitment cycle. Hence graduating early exposes you to less competition, but also fewer job opportunities.

However, if the companies you are applying to recruit on a rolling basis, you may still get a good chance or even a better chance since your competitors only apply later. Or if the companies you are applying to do not follow standardized recruitment cycle, they are also good choices. Go to their website to take a look. If they do not specify recruitment period, they may be open to application all year around. A phone call with the HR would also be helpful.

As you can see, unless you have compelling reasons in terms of finances or time for you to graduate early, the best strategy seems to just “go with the flow”. You have more than four decades of career in front of you. You may not have to worry about the extra six months. But still, consider the pros and cons above and make a good decision.