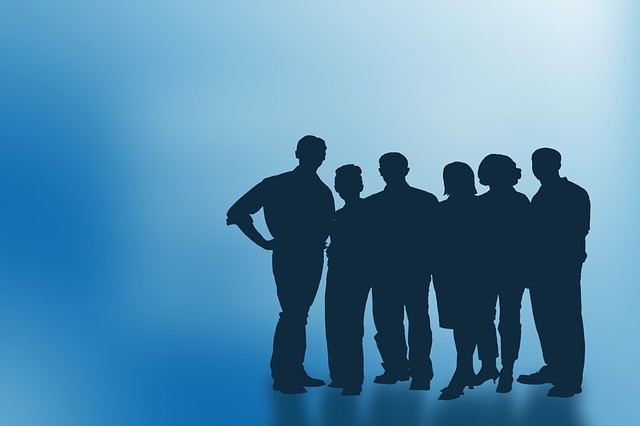 Now you may be the President of a club or the Chairperson of a committee. Or you may be holding other positions of responsibility that makes you a leader in the eyes of students. But deep down in your heart, you may feel inadequate. “I know I’ve been elected into this position, but I feel I could have done a better job.” Since you clicked into this article, Digital Senior assumes that you would like to have some help. (There are more people than you can imagine who clicked into this article) Here are 5 tips that help make you a more effective student leader.

Here Digital Senior does not just mean doing a power point presentation in front of an audience. In fact, that’s probably less important than other means of presentation by which you will be judged as a leader.

Have you ever dressed sloppily to school, thinking that there is no club meeting today? Have you behaved badly in public, such as cutting a queue, thinking that no one you know is watching? You are not always lucky. You should always behave yourself as if you are being watched. Your image as a leader may be compromised in the eye of your teammate once he/she spots your bad behavior for once and starts to question the genuineness of all your good behaviors in front of the team. Your reputation is staked on everything you do.

There are more to presentation than just your dress and behavior. Do you show your nervousness when you are making a speech on stage for your club activities? Do you often make grammar mistake or typo in the emails you write to your team? People judge their leaders by such little things. You may argue those things do not represent your “true self”. But remember, in human interaction, perception is reality. In student activities, one prominent issue is the idea of fairness. Since no one is paid and those who do more are not rewarded more financially, people tend to complain when they think they are doing more than others. If they think their situation is caused by the allocation of tasks by you as a leader, their trust in you may be affected.
And it is a big issue. Avoid being seen as unfair or favoring some people in your team. If you have a friend in your team and everyone else knows your personal relationship, make extra effort to stay neutral. If you think asking your friend to take a slightly easier job will make others question your motive, just don’t do it at all, even though the allocation of work can be completely random.

The best way to maintain fairness is to explain to your team the rationale of your decision. “I let Jeremy do the graphic designing because he studies arts and is in the best position to come up with excellent posters” or “Jonathan, I notice you are good at persuasive writing. Would it be a good idea to put you in charge of sourcing for sponsorship?” If you talent-spot some people who are considering running for leadership positions, don’t hesitate to give them more challenging work to prove themselves.

When assigning jobs, don’t forget that you are also part of the team! Show your team mates that you are not just bossing them around, but you actually take on the toughest job. Another fairness rule to bear in mind: Don’t give others tasks that you wouldn’t do yourself. Leadership is a responsibility, not a privilege.

Don’t be too top-down

There are endless debates about the style of leadership. Essentially, whether you are a more top-down leader depends on situation and your personality. But as a general rule, military leadership style does not work well in student organization.

Many students do not take their involvement as seriously as they take of their part-time jobs or internship. Student club commitment is still less “real” and probably less important than other outside school jobs. Hence the idea of hierarchy and “who’s my boss” is much less strong in student clubs.
The best policy is really to position yourself as someone who has a passion for the club and wants others to contribute more to the common goal. Understand students’ priority. If they can’t come for the meeting because they need to revise for the exams two days later, don’t preach about responsibility. They are here to study after all.

However, even if you don’t position yourself as a boss, you still need to command respect. In the absence of clear hierarchy, how do you win over people’s respect?

Give people what they want

We often see students not doing a great job for their clubs, simply because all work is voluntary in nature. They are not employed in any sense. As a leader, how do you motivate people without the prospect of a pay rise or promotion?

You need to find other incentives. Of course, if someone wants to run for leadership positions, that’s enough of an incentive for them to work hard. However, it is always a good idea to find out individually why your teammates want to join the club and what they expect to get out of it. Are they here to make more friends, learn a new skill or simply to try something new? Tailor their work to their expectation and remind them that by doing the work well, they are achieving their purpose of spending time here. Understanding people’s needs is the first step to providing good, personal incentives. Following this principle award will give you the most motivated team ever.