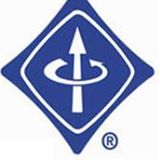 IEEE NTU Student Chapter is one of the many student organizations working under the IEEE, Institute of Electrical and Electronic Engineers, which has its headquarters in USA. IEEE NTU Student Chapter works in accordance with the different objectives of IEEE and tries to provide the students of NTU, a competitive environment whereby their scientific talents can be brought to light through its events. The chapter is in its 21th year of working and has constantly been trying to further the spirit of engineering and innovation coupled with dynamism and intellect.

The IEEE symbol is composed of a four-sided kite, commemorating Benjamin Franklin’s famous experiment in electricity. The central feature is the straight and curved arrows, symbolizing the right-hand rule of electromagnetism. The IEEE was formed in 1963 as a merger of the American Institute of Electrical Engineers (AIEE) and the Institute of Radio Engineers (IRE). The kite portion of the design was inherited from the AIEE, while the right-hand rule icon was adopted from the IRE. The Institute is basically a non-profit, technical professional association. It is the leading organization in several fields including technical areas ranging from computer engineering, biomedical technology and telecommunications, to electric power, aerospace and consumer electronics, among others. IEEE promotes the development of electro-technology and allied sciences and the application of those technologies for the benefit of humanity, the advancement of the profession and the well-being of its members.