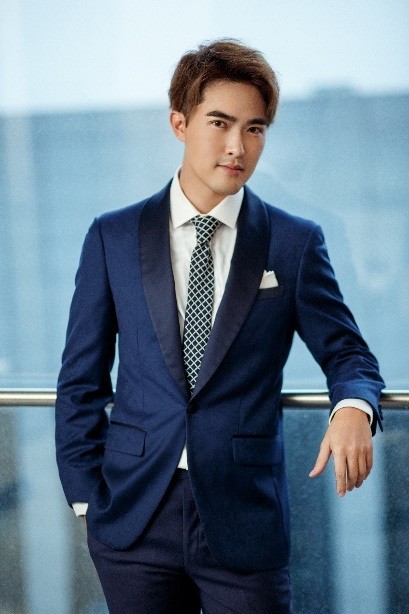 Lee Teng is a Taiwan-born Singaporean television host and contracted artiste under Left Profile. Known for his versatility and charisma, Lee Teng has endeared himself to become a household name in Asia as an award-winning effectively bilingual host and personality. He has ventured to Taiwan and China periodically to make his mark in their entertainment industries and has participated in many highly-rated shows and commercial movies there.

Not one to rest on his accolades, Lee Teng is also a successful entrepreneur, and is the undisputed icon of streetwear fashion, and has been appointed as an ambassador of Hardy Hardy Singapore since 2016. His keen sense of fashion and business has led to successful collaborations with Taiwanese stars like Jay Chou and Show Luo. In 2017, Lee Teng launched his very first record single, a love duet titled Fall in Love (小伴情歌) to much fanfare.

Lee Teng has been consistently voted Top 10 Most Popular Male Artiste and has beat other veteran hosts to win Best Programme Host twice at the Star Awards, Singapore’s most prestigious entertainment award ceremony. In 2017, Lee Teng was highly commended at the Asian Television Awards, the most significant event that recognises the best in the Asian TV Industry, for the Best Current Affairs Presenter category.

1) Share with us the school activities you took part in while studying accountancy in NTU.

I was the chief programmer for NTU CAC impresario, producer of Chinese stage drama and representative of my hall10’s basketball team. I was also the founding member of CAC emcee club.

2) What is your greatest takeaway from education life?

Work hard and play hard too!

3) What are your hobbies?

4) Growing up, did you have a role model you looked up to?

My mum of course! She really gives her everything for her kids and she always embrace us with her love whole-heartedly.

Work wise, it will be my boss Michelle Chong! The level of creativity she provides is amazing and I never fail to learn something from her during every shoot.

5) What was the inspiration behind becoming a TV host?

I love watching Taiwan variety shows when I was a kid and even now I am still a big fan of Jacky Wu! I derive a sense of satisfaction from seeing my viewers entertained.

6) Share with us the business ventures you have with Jay Chou and Show Luo? How did you find working with them?

Both are the creative force behind their own labels (STAGE and PHANTACi). They will put in their 100% effort in whatever they do amidst their busy schedule.

7) Where do you see yourself five to ten years down the road?

A good husband and a father I guess.

8) Any upcoming productions we can expect from you?

I am now talent scouting for the next Stephanie Sun and JJ Lin for the upcoming nationwide singing competition SpopSing! It is a tent pole show for Channel 8 and the grand finals will be held at Padang on 4th Nov! Hope we can discover more talents from NTU!

I am also starring in the first Chinese comedy skit on The Michelle Chong Channel! Look out for it on YouTube!

9) What is one thing you would tell your past self and your future self?

To my past: A pat on the shoulder and thanks for all the hard work.

To my future: No matter what decision you eventually make, don’t regret it.

11) What advice do you have for young undergraduates who are still trying to find their footing in life?

Follow your heart and do not be afraid to step out of the comfort zone!

Lee joined Mediacorp after emerging as the first runner-up in the talent show, SuperHost, although he was the favourite to emerge champion. He has appeared on various variety shows and hosted many programmes, including the 2010, 2011, 2012,2016, 2017 and 2018 Star Awards.