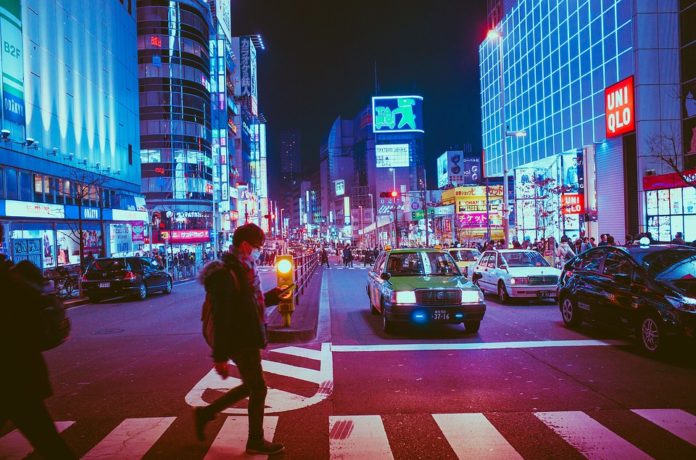 Have you thought about working abroad after graduating from university? Or, if you haven’t, have you ever wondered how the job hunt goes for peers in other countries, and how their employment landscapes look?

The folks at Digital Senior were, so we did a little research! What we discovered was pretty insightful so we’re sharing our findings with our readers, starting with two of Singaporeans’ favourite Asian destinations:  Japan and South Korea.

The job hunt in Japan for entry-level jobs takes place a little differently: during spring in the month of March, third year university students go through a nationwide job hunt, in a frantic rush to secure a job before graduation. Called shūkatsu (short for shūshoku katsudō, which translates to ‘finding employment activities’), it is a long-standing system that sees companies hire fresh grads simultaneously and all at once.

Students typically register interest and go for company job orientation sessions, before applying to numerous companies—anywhere from 20-40 is somewhat standard—dressing up in prim black suits and undergoing many rounds of interviews in order to obtain informal offers of employment. It’s a complicated and stressful time because companies favour fresh grads and are reluctant to take them in after April 1st, when the new fiscal year begins. If students fail to secure a suitable offer, it’s common to delay graduation and try again the following year.

A video detailing Japan’s job hunting season. Successful job applicants do not get to choose their roles, even if they indicate their preference; the company usually assigns positions depending on their needs.

If you are soon to graduate and have been thinking of finding work in Japan, you might have to take part in shūkatsu. Do note that foreign applicants are expected to have passed N2 of the Japanese Language Proficiency Test. If you have a few years yet, you’re lucky: in 2018, the Japanese Business Federation, which sets the guidelines for hiring schedule dates, has decided to abolish this practice come 2021.

Alternatively, you can work in a Japanese company with a local office and work your way towards a transfer or take part in global management trainee programmes like Muji’s. Japan has also started conducting career fairs to attract foreign talent, such as the annual ASEAN career fair with Japan. Held annually in Singapore, you won’t be expected to know Japanese just yet, so no worries there!

On to South Korea!

Truth be told, South Korea’s job landscape hasn’t looked optimistic for a few years ever since the global financial crisis hit in 2008. The country’s faltering economy has led to unemployment rates hitting an 8-year high last year in August 2018, and young job seekers outweigh job vacancies by 2.5:1[i]. There is also an oversupply of college-level graduates in the country at the moment: a study by OECD in 2017 revealed that 69.4% of South Koreans aged 25-34 had tertiary education qualifications. That’s 2 out of 3 youths.

When it’s tough for citizens to find good entry-level jobs in their own country, it’s not too far of a stretch to conclude that your search for a job in South Korea will be as tough, or even tougher.  (While it’s possible to apply for English-teaching gigs in Japan, whether as a private tutor or through the JET program, South Korea prefers monolingual teachers for their English Program in Korea (EPIK). We’re not sure if it’s the same for the private language centres there, though.)

If you’re really, really, really keen to get a job in South Korea, consider taking a leaf out of this person’s book and joining a Korean company with an office here.

We hope you found this information provides you with a broader perspective on how the employment landscape looks like in these two countries. If you’re keen to get a job in either country, we wish you the best of luck!

Are you a reader that has gone for exchange or worked in Japan or South Korea? Share your experiences with your younger peers through the comments or as an article contributor! We’d love to hear from you.