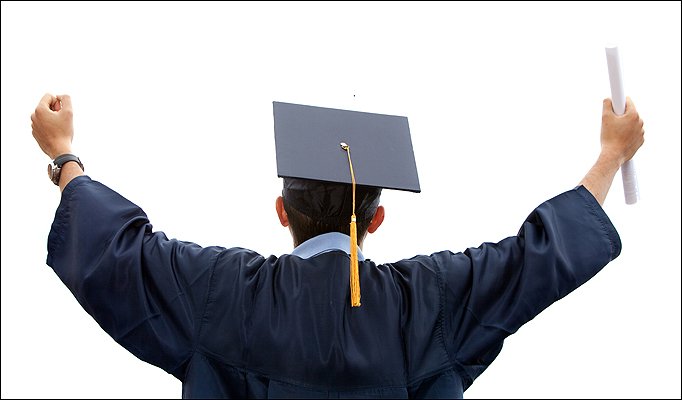 The myth of the first class honours

Students in the first class enjoy certain kind of pride, so much like passengers in the business class cabin in a plane: they are still in the same plane as the economy class passengers, but somehow they think they are different. Students in non-first classes either admire people with such high GPA or think of them as “mugging too hard”, much as the passengers in the economy class cabin who think that people in the business class are just paying too high a price for something not much different from theirs. Essentially there are no right or wrong answers; there are just opinions. But whose opinions should we listen to? Perhaps there is one group of people whose voice deserves our attention. They are your future employers.

Some industries are more “snobbish” than others

It has been shown that in certain industries, a high GPA is extremely favorable to a job applicant. Such industries are mostly characterized by high competition, high demand for the quality of workforce and high pay as a reward for the hard work and talent of employees. Most of such industries state explicitly their requirement for GPA. The most famous one is probably the banking industry where most banks state the minimum requirement of second-upper GPA for them to consider a candidate’s application. Some other sectors are even more “snobbish” where top jobs are restricted to graduates with first-class degrees. It has been said that the some competitive positions in some government statutory boards such as MAS look for students with first-class GPA. Consulting firms also have the reputation of chasing after grades. If you are interested in such industries, having a high GPA is essential.  In other words, first class honors opens many doors for you. How about the rest of the industries?

But most of the industries do not have such strict restrictions. They welcome all applicants, but may view students from higher classes more favorably. The most commonly seen example is the difference in starting pay. In the government sector, a student graduating with a first class honour may receive higher pay at the start. Another example is the application for further studies. Better graduate schools have higher requirement for GPA, which is a primary consideration for the admission officers. If you would like to get a scholarship for further studies, getting a first class first seems to be a wise decision considering the quality of the applicants.

Now is the big picture

But we haven’t arrived at the big picture yet. Even for the extremely competitive industries, GPA is just one of the many factors that determine the outcome of a job application. Studies have shown that employers are getting smarter, as they are becoming aware of the shortcoming of relying too much on grades. There are good reasons for reliance on GPA for selecting candidates. Good grades are indication of an ability to learn, a discipline to work hard and a motivation to achieve more than one’s peers. These are desirable qualities that a student can bring to the workplace. However, if grades are achieved at the expense of one’s social intelligence as one focuses too much on study, such a candidate is unlikely to contribute to the workplace. So employers are looking for more factors beyond grades.

So what else do they look at? Offering an interview is a good opportunity for employers to get a true picture of the candidate. Interview is a place where you display your ability to be confident, to keep calm and to communicate well—essential career skills. Interviews have evolved to take many forms. We have one-to-one interviews for employers to know you on a personal basis. We have group interviews or group activities for employers to see how you work in a team. Other than interviews, employers nowadays also offer online assessment, psychometric tests, among a variety of assessments whose results are at least as important as GPA. As you can seen, having a first class honour does not guarantee a job. Not having a first class honour does not prevent one from getting a good job. The best way to think about grades is to think about it as an indicator. Employers never value grades for the sake of grades. They value something behind the grades, those qualities that we just mentioned. Knowing that will compel you to build up those qualities, not your grades alone.

Then what should I do now?

So don’t just spend ALL your time in maintaining or striving for a first class in university,  go out and engage in extra-curriculum activities where you display your perseverance, leadership quality and interpersonal skills. Have some overseas exposure or community service experiences. Pursue your interest in university and be good at it. Strike a balance between extraordinary grades and stellar CCA records;  if you have the latter, there is a good chance of making up for the lack of the former. If you can achieve the best of both worlds, that’s most ideal, but we believe that university is a time to hone your various skills instead of just the ability to mug.  There is no point in being an ‘imba’ overachiever who is good at only one area. Employers prefer a second class honour graduate with decent involvement in CCA to a  first class antisocial. The usefulness of a first class honour, or a good grade in general, is to give a positive first impression. How much you can go in the job search has little correlation with how high you can score during an exam. First class honour is definitely a kind of honour, but the greatest honour is probably the recognition that you are an asset to someone else and people value you as a person beyond your grades.