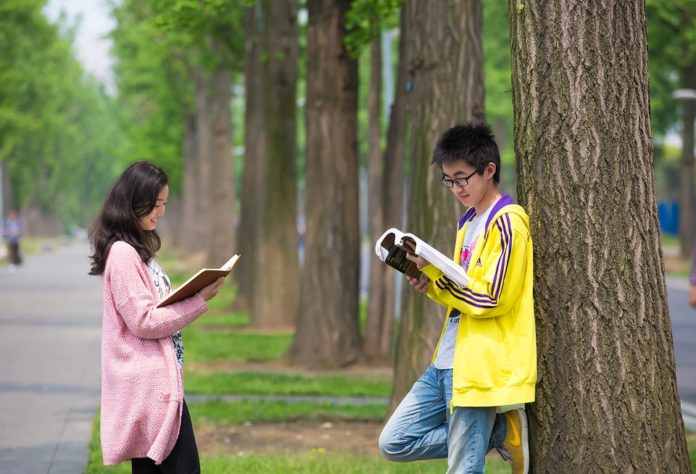 Working together may be a challenge for many. Conflicts and disagreements are bound to happen whenever people have to work together. When is it over the line and in which situation should you stay firm? Here’s a list of 8 things to never apologize for as project group mates. If you are tasked as the project group leader, it’s your job to make sure the group meets the overall deadline by having a strict timeline. Never feel bad for having to remind, chase or warn someone when work isn’t done. Your group mates will thank you when they see other groups sobbing at the lecturers’ office after missing the project deadline.

People naturally have different opinions on different discussion points; it is always better to raise your concerns with tact and reasoning, rather than keep mum and regret it when someone realises there’s a better angle to analyse the project halfway through the research. The purpose of group projects is to improve social skills and conflict management, so better to be the devil’s advocate than to be disadvantageous in your grades.

People with different sets of skills and intelligence levels have to work together in group projects. If you happen to be the less gifted member, don’t be shy to clarify or to ask for help. Who knows, your grades might even improve in the learning process.

Ever had a situation where you interpreted an instruction in a different way than intended? Or you clearly remembered your group mate saying something which was said contradicted later on? It’s important to explain why you did things in a certain way and to clear your name when you are wronged. Why? Even though it’s a seemingly small matter where conflict can be avoided with a simple ‘sorry’, this will help your group mates to build trust and confidence in you in the long run.

In order to work harmoniously in a team, each member needs to feel respected and treated equally. If work distribution is perceived as unfair, it may build resentment towards the group leader and the benefiting member. When you highlight your concerns amicably, your group members are able to explain why certain methods of distribution were selected.

People don’t know how they look until they see their own reflections in the mirror. Similarly, people may not always realise their flaws until they are told. If certain flaws of theirs affects the group e.g. tardiness, difficulties in being contacted, they should be communicated to the person to give them a chance to improve themselves.

Plagiarizing, fabricating and lying, although huge taboos to markers, is pretty common to a certain extent. If the project group decides to make a decision, which is morally wrong or questionable, it is well within your rights to say “Hey, maybe we shouldn’t do this. Let’s try something else.” Even though your group mates may seem annoyed at first, trust me, there will be some fence-sitters who also secretly felt the same moral dilemma as you. (Speaking from experience)

With long, rigorous hours of studying and attending of classes, it’s not a rare sight for students to fall sick and for the virus to spread quickly amongst classmates. If you happen to fall very ill during a crucial project period, find ways to make up or contribute to the group. Are you able to do an extra research part if you skip the project meetings? If you’re too sick to DIY those figurines for the 3D model, are you able to purchase it from somewhere instead?

If it’s a crucial submission period, it’s inevitable that your group mates may feel overwhelmed with stress from having one man down. Show that you care and are still trying to help in whatever ways you can.

Commonly said but rarely practiced, (ironically) ‘actions speak louder than words’. Rather than apologizing for things (which you probably aren’t that apologetic for), think of ways that you can improve the current situation. The key to working cohesively as a team member is good attitude that shows helpfulness, pro-activeness and openness to feedback. If you give your all, people can feel it and will appreciate it. All the best!