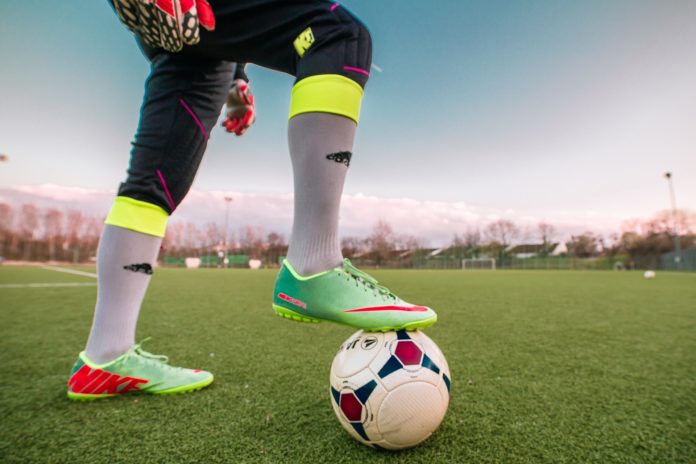 Frank disclaimer: I’m going to be honest and admit that I don’t know the first thing about football/soccer, partly because I suffer from questionable motor coordination skills… and a severe avoidance of sports.

(I mean, I can trip over thin air. Sometimes I escaped unscathed. Most times…no. )

Then… World Cup season rolled around.

While talking to my football enthusiast colleague, a gloriously random epiphany hit me like a free kick to the face: the World Cup is a pretty accurate metaphor/microcosm/likeness of university life, whichever descriptor you like best.

To get to the Qualifying round (that’s uni for you), the teams playing the World Cup undergo a tough selection process.  These 32 teams play matches as early as 3 years before to earn their place*.

Haven’t  you done the same to clear the As/interviews/1001 other things to get here today?

Education and the world have become increasingly global: you, too, have competed with the world’s brightest and the best for your spot in university. You’re amongst people that will make you question your capabilities. Sometimes, all the time.

As the World Cup proceeds, it only gets harder. You might face immense stress to be better than others. There’ll never be a lack of Kylian Mbappés’ to “compete against”, however, so don’t beat yourself up if you’ve set high goals and fallen a little short! Celebrate the many milestones you’ve achieved to get here.

2. Dream teams, not so dream teams

You can’t play football alone, and it’s the same for uni. Try as you might, the average student will encounter group work at least once. If you get good group mates, you’re blessed. If you don’t, you’ll have to find a way to make things work…especially if a huge portion of your grades is dependent on it.

Aside from doing groupwork out of necessity, the ability to collaborate and work with others is always sought after: at least, it is on the football field! Just take a look at the final 4 — the Belgian, French, English and Croatian teams have been noted for their capabilities of playing as a unit. Hear it from John Doyle, a television critic for The Globe and Mail (Canada), who brings up how there is strong teamwork even in a team as “showy” and “freewheeling” as France.

France could go so far, as Doyle opines, because of unity: “…in particular the partnership of Raphaël Varane and Samuel Umtiti as centre backs. It’s a defensively sound team that permits Mbappé to race forward with his rapid pace and dribbling skills”.

You might be forced to learn how to navigate teamwork in uni,  but do seize and utilize them well! It’ll take you far, especially in the workplace!

3. Surprises around the corner

The World Cup is a beautiful stage to see many unexpected David vs. Goliath moments. Croatia took the dark horse spot and the world by surprise, starting from her win against Argentina. The Croatian team won heavyweight England to play in the finals!

Let’s not forget 19 year old Kylian Mbappé, who has snatched away the hype away from established football stars like Neymar, Messi, and Ronaldo with his astonishing speed and goal scoring, and his Impressive backheel flick.

Don’t be surprised to see unexpected things happen in uni, especially to yourself! Sometimes you might be confused as heck about a certain essay or module and think you’re doomed to screw it over, but come to find that you actually did just fine. Or you’ll pick up a sport or interest and be blown away by how you take to it like a duck to water.

4. Who says universities don’t have referees?

It’s common to hear scoldings of “referee kayu!!”, when the referee makes an incorrect or ridiculous decision. While this was reduced to a minimum this year, thanks to the Video Assistant Referee (VAR) system, head-tearing decisions still happen — like Mark Geiger’s failure to issue a red card during the Colombia – England match.

Similar feelings of frustration and confusion come to us occasionally, when we sometimes have carefully done assignments or projects returned to us with a grade less ideal than we expect. This rings especially true for courses with work with no straightforward answers, like the arts and humanities. Sometimes, whether a work gets good grades depends heavily on subjectivity, and there’s really nothing you can do about it.

Life isn’t fair sometimes. But the winning teams forge ahead, and those that don’t, (see Japan) do their best to the very end.

While we don’t play football for a living, we do face our own World Cups everyday as we figure out uni/even post uni life or life in general. Sometimes we don’t emerge entirely victorious, but we still take away valuable things. Things like the cheers from the audience —supportive friends and family — , or the satisfaction of having tried and making it further than you did before.

Digital Senior hopes that, as the World Cup comes to an end, that you celebrate your own achievements along with the teams that you support. You’ve done well. Keep going!