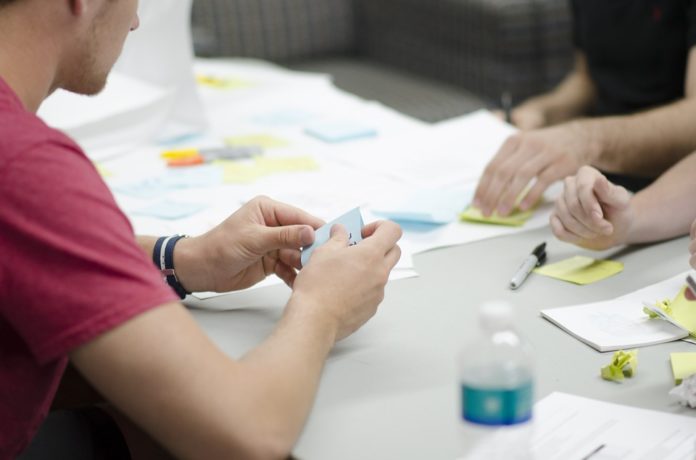 It’s late at night in the sleepy village you’ve lived in since forever—but adrenaline is coursing through your veins, keeping you wide awake. The idea of time alone with your lover triumphed over your bed’s siren call and here you are, excitedly heading for your rendezvous.

But…when you reach the clearing, you see your lover waiting for you motionless on the ground. It’s your turn next. ‘You’ have been killed by werewolves and will have to watch painfully when ‘dawn’ breaks, as your friends try to figure out which of you is far from human. Sounds familiar?

If it does (and it should!), did you know that for the endless fun, frustration, and many sleepless nights you’ve had playing Werewolf or its counterparts…you have a psychology student to thank?

The magic of a psychology education

Mafia was born when Dimitry Davidoff, then a student at Moscow State University, had to condense two years of university research into something easy for his high school students to understand. The game spread like wildfire, travelling way from Russian school dormitories to around the world.

So, a popular parlour game we play actually started out as a psychology teaching tool! Surprised?

If you are, you shouldn’t be: psychology, the scientific study of behaviour and the human mind, is immensely multidisciplinary and transferable! Not all psychology graduates go on to become practising psychologists or psychiatrists, both of which require a masters in psychology (plus medical school for the latter). Instead, they find work in various fields that let them apply their knowledge to their advantage—basically, any field that involves human interaction and insights into it.

Where, oh where, have all the psych majors gone? Into the technology industry, for one! Many immediately associate Mark Zuckerberg with computer science by association, because surely the co-founder of Facebook would have done something tech, right?

Well, they’re only half right…because Zuckerberg was a double major in both Psychology and Computer Science during his short-lived stint at Harvard! In fact, he has acknowledged both fields of knowledge as instrumental in Facebook’s creation and continued success.

Facebook, Zuckerberg notes during his first public forum appearance in 2011, is “as much psychology and sociology as it is technology.”

According to him, Facebook is really about providing people with a platform to discover and find out about what’s going on with the people they care about, as well as “giving people the tools and controls that they need to be comfortable sharing the information that they want”.

Think about it: if Facebook isn’t psychology in practice, what is? (Facebook does hire psych grads, for the curious.)

If you’re not one for the tried and tested, you’ll be pleased to learn that psych majors also appear in fields such as acting (e.g. Natalie Portman, Joshua Lim) and film!

In fact, a background in psychology probably helped horror genius, the late Wes Craven, produce his iconic works. The creator of the haunting “Nightmare on Elm Street” and “Scream” franchises expressed the opinion that horror films were a means of “thinking rationally about our fears”.

Thinking of horror movies as society’s ‘disturbed dreams’, Craven made sure his stuck around in our brains by paying attention to even the smallest detail. Freddy Krueger’s gloves, for example, played into our most primitive fear: an animal’s claws. That’s all psychology at work.

Games, social media platforms, films: for psych grads, the world is their oyster if they want it to be. Other fields you’ll find psych grads in include:

…just to name a few!

Apart from the ability to discern human behaviour, a psychology education also gives you valuable transferable skills that make you highly employable across various industries!

According to LinkedIn, one of the top 4 in-demand soft skills in 2018 (which 57% of bosses polled say are more important than hard skills) is communication—both verbal and written—something psych students get plenty of chances to brush up on, as they have coursework that requires much discussion and debate, whilst writing numerous research papers or essays!

(Psst: content in modules such as clinical psychology help complement this, as they often cover topics such as conflict management and interpersonal communication!)

More nifty, and key soft skills highly crucial in any workplace that a psychology background provides include presentation and research skills. The former is gained from having to compile, analyse, and then present complicated data and findings in a clear and concise manner. The latter helps greatly in fields that deal with statistics in any way, such as digital marketing, a rising industry.

So, with all this information and these possibilities…are you psyched yet?

If yes, take this motivation along with you into a psychology degree (top-up) with MDIS!

This programme is awarded by Coventry University, which is ranked No. 13 UK University by the Guardian University Guide 2019. Coventry University received a Gold award in the Teaching Excellence Framework (TEF) 2017 published by the Higher Education Funding Council for England (HEFCE). You’ll get to delve deep into health psychology, clinical psychology, as well as educational and child psychology, and buff up them highly-demanded research skills via modules such as ‘Qualitative Techniques and Research Design for Psychologists’.

A plus point: students get to become student members of the Singapore Psychological Society (SPS)! This not only opens up to your chances to network with practising psychologists at SPS functions and social events but also access to professional development opportunities and special interest groups—resources you can take advantage of to give you an edge over your peers pre-graduation!

This article has been sponsored by MDIS.