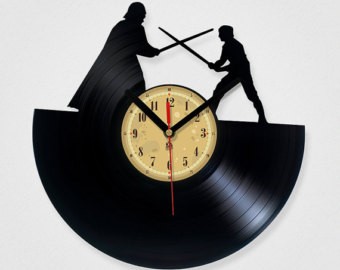 At the beginning of every new semester, an invisible war will be waged among students. It’s not an army against another army. It is a war of one against the rest, and the rest against one. The winners take home the trophies and enjoy them for one semester, while the losers have to come back and fight for them again. Yes, it is the STARS War, the war of course registration.

Registering for cores: Speed is of Essence

For certain schools in NTU, they have a pre-registration period where students can submit 5 choices of core and the school will make sure the students can get at least 1 after allocation. In that case, you can just choose, submit and relax.

But certain schools, they do not have a pre-registration period. Hence the allocation of core modules is based on the first-come-first-serve principle. So this is the tip you must remember: separate your timetables! You can have three versions of the timetable at the same time. Hence in Plan 1, you can have your core modules only. In plan 2, electives only. Plan 3, cores and electives together just to make sure there is no overlap. And you should have the plan ready before the registration portal opens.

When the battle starts at 9 am, you should immediately hit the “Add Course(s) to STARS” button for your Plan 1. While your friends are busy giving ratings for their electives or changing Elective to Prescribed Elective, you have already added your core modules and are well ahead of the game. Time is in your favour, so is your chance.

I want that Elective!

The allocation for electives is not based on who comes first; everyone will be put on a waitlist for the day and waits for the system to allocate. For a popular elective, senior students stand a better chance of getting it. But that doesn’t mean the university does not give any chance to students in junior years.

What you need to do, at the very least, is to put a ‘1’ rating for the elective you want to select. Anything below 3, you are telling the course allocator (which is a computer here) that you don’t really want the module that much.

So if you have many electives to register for, don’t put them on the waitlist at one go. Put them one or one, or two by two, so you make sure you can give 5 or 4 rating.

But that’s really the bare minimum you should do. To stand out from the crowd, follow the strategies below.

Getting help from Humans

The way is to talk to a human. A computer works on a combination of your characteristics: year, course, rating and so on. A human being understands your needs and situations. There are mainly two ways by which you can increase your chance substantially.

Talk to the Administrators

Firstly, you can talk to the administrative staff in your school. Write them an email to request for them to manually add the module for you. Yes, even the system tells you there is no more vacancy, the administrator can still add you inside as the school usually maintains some excess capacity in a class. But they won’t usually accede to your request unless you have a strong case. There are a few reasons that you may want to consider.

If the module is a prerequisite, you can argue that you should take the module now instead of later, otherwise you may not have enough semesters to clear more advanced modules. Tell them that you have “a number of advanced modules which are based on this foundation module” is usually a sufficient point to warrant some manual labour to add you inside.

A similar argument is the need to graduate in time. If the module is part of your Core, Core Elective or General Education Elective, you must clear it in order to graduate in time. But such an argument is usually weak unless you are in your final year already. Don’t panic. You can think of additional reasons, such as going for an exchange, having a semester-long internship and so on, that may make your timely graduation a challenge without taking the module now.

Talk to the right Administrators

An important thing here is that your school can’t help you add modules that are not offered by your school, such as electives. In that case, you need to find out the school that is offering the module and talk to them. Of course, they normally require approval from your home school. So CC your school administrator is a good and efficient email tip.

The second method is to talk to the professor offering the module. You can tell the professor how much you want to take the module. The module may be relevant to your upcoming internship application, or it may be related to a research project or a competition you are having. Professors do have the leverage on which students to fill in the vacancies. They can simply pass your details to the administrator. But the problem here is most professors would not want to play such a role, preferring not to interfere with the system. So your case must be strong enough. If you really want the module, you can offer to stay for the first few classes even you haven’t been registered and demonstrate how much you want it.

Of course, last and least, don’t forget you can appeal. We do not wish to elaborate on it because the procedure is simple and you can use some of the reasons stated above. But that is usually less effective than having personal communication with people. Of course, you should try to use the three methods at the same time to maximize your chance of winning the battle!