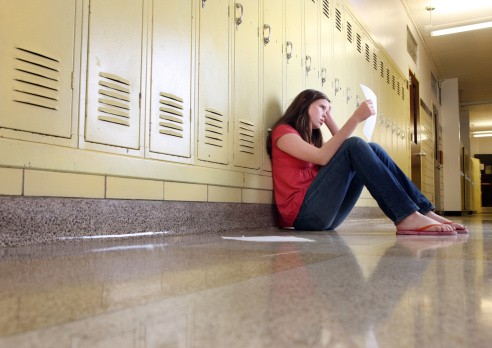 March is always a special month for JC graduates. They will receive the A-level results and choose the path that they are going to take in the next few years. For some people, the whole process would be a breeze. For some others, the most difficult part only comes after the envelope containing the result slip has been opened. They have not done well for their A-levels. Their grades are below the admission criteria.

They suddenly feel that everything weighs on them; they feel helpless and directionless. Are you one of them? If you are, let Digital Senior give you some advice at this juncture of your life.

First, check the indicative grade profiles of the local universities and see if you are slightly below the lowest admission criteria or way below them. If you belong to the first kind, ask yourself if you would like to choose a major with a lower admission cut-off point. You may seriously want to do certain major in university but your grades prevent you from doing so. Instead of getting frustrated, think about if there is another way round the problem? Sometimes, two different majors may lead to the same path. For example, a business degree, though more marketable, is not hugely different from an economics or even mathematics degree if you want to work in the finance industry. Sometimes there is more than one way to Rome.

Alternatively you can apply for discretionary admissions. That is a special admission channel for students who can get into a course by non-academic consideration. They will be assessed based on their CCA involvement, letter of recommendation and/or interviews. If someone is admitted by discretionary admission, he/she usually has everything ready for taking that major and is considered a perfect fit except for the grades that don’t match the criteria. If you want to apply via such a channel, do an honest reflection to discover if you can present a strong case to the admission officers.

Go overseas and see the world

Think Ivy league universities is out of your league ? Think again. Your academic ability is not one to be underestimated. Im sure you have heard of recent news of Singapore topping global PISA rankings, being world best in mathematics & science in TIMS study and came in no.1 for the 7th successive years in International Baccalaureate exams. If there is one word to describe Singapore’s academic prowess compared to the rest of the word, it is “unbeatable”.

Here’s the thing, if you are competing with fellow Singaporeans, it is like trying to smash a rock using a rock. It is futile battle. Instead, why don’t you set your sights higher and aim for universities abroad which enjoy even better reputation than NUS, NTU? We are talking about Harvard, Oxford and the like. Many of them are not as academically oriented as we think.  Don’t limit and doubt yourself. Think it is impossible ?   If Joseph Schooling can beat world no.1 Michael Phelps, why not you?  You just need to be shown the path by other Singaporean seniors who have done it. Joseph Schooling was also coached, isn’t it?

What if your grades are quite far below the bar? There are still ways out. Digital Senior believes that an important question to ask of yourself is why you didn’t perform as well. The answer to that question is important to determine the next step that you take. If you didn’t do well due to some non-recurring event or circumstance, probably you can consider re-taking the A-levels. What do we mean by non-recurring event? For example, you might have been receiving medical treatment while you were studying for exams and now you have recovered. Or there might be a sudden change in your family that prevented you from concentrating on your study. If those events, which won’t happen again, were the major reasons of your underperformance, re-taking the exams seems to be a fair option to you.

Sometimes students don’t meet the mark because of one or two subjects that they didn’t do well. As a result, the average grade gets pulled down. If the subjects that you didn’t do well in are not compulsory for you, you may want to change your subject combination and re-take the exams. Choosing the subjects that suit your interest makes your study much easier and enjoyable. If these are subjects that you have to take, then you need to ask yourself if you could significantly improve your scores if you were to retake. If you have made up your mind retaking, you can register as a private candidate. If you are involved in army, actually you have plenty of time to revise what you have learnt and prepare for the exam. You may want to apply for some private tuition to boost your efficiency of study. If you are not involved in army, you can actually work part-time to gain some work experiences at the same time. By doing that, you wouldn’t feel that you are left behind. You are actually doing something meaningful that many of your peers don’t get to do.

Let’s think about the private university

If you realize that your grades won’t change much by retaking the exams, you can always go to overseas universes or local private universities. You can refer to the paragraph above for overseas education. However, if you prefer less expensive education, you can definitely consider many local universities that are set up by overseas colleges. There are plenty of them in Singapore and they offer flexible study schedule, allowing part-time study too.

You may have the concern if a private university’s degree is less valuable. The reality is it all depends. The truth is that if you enroll in a public university, it is relatively easier for you to get into a competitive job, as some companies, especially the MNCs, recruit directly from public universities. However, even you face higher barrier in some instances, you can always compensate that by achieving good academic results, meaningful work experiences and networking that may help you bypass the usual application process and go straight to an interview. That’s why Digital Senior says that it all depends…on you!

Digital Senior shares your concerns and worries. But don’t panic and lose your ability to make rational decisions. Most of us don’t have the best resources available, but some of us can make the best use of available resources. And they end up being successful. And trust this: who you will become ten years down the road won’t just be determined by your result slip.

Read: 7 alternative paths if you have A level results below expectations