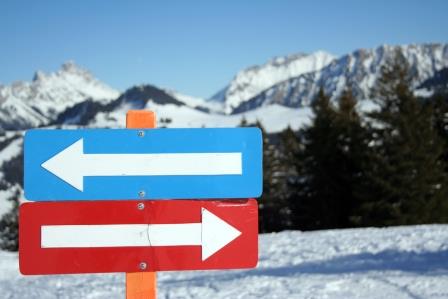 If you are searching for a place for higher education, you need not worry so much about distance. With slightly more than twenty hours of flight, you can reach any part of the world. Singapore stands out as a popular place for higher education in the East, while American and Britain are go-to countries for universities in the West. Should you go East or West? Let Digital Senior give you some direction.

Let us talk about the grandest aspect for comparison: the systems. The American education system is famous for its flexibility. One can easily opt for a second major or even a third major for his/her bachelor’s degree. Students can also graduate faster than normal, especially for those who want to save part of their high tuition fee. If you go for a liberal arts college, the quintessential American institution for higher education, you will have even more freedom to choose courses, as there is little restriction as to what you may choose and how many you choose. The European education system, particularly that of the UK, is much less flexible. One can only apply for an additional major if the university approves that, and students taking a third major are almost unheard of. One has to declare a major that he/she wants to pursue upon entry into a university, unlike the situation in the US where one can spend one year in university exploring different subjects without committing to a particular major. The Singapore universities are more like the UK universities. However, there are increasing trend to introduce more American elements. For example, the universities in Singapore have been giving much freedom for students to choose modules outside their degree programs. The Singapore University of Technology and Design (SUTD) allows students to take one year of common curriculum before declaring a major. The Yale-NUS College is also the first liberal arts college in Asia. There has been increasing variety of choices in Singapore.

However, the American universities are not always more flexible than universities in other places. They generally do not offer undergraduate programs in professional degrees, such as law and medicine. Even for business, many top schools (with the notable exception of the Wharton Business School) do not offer business programs for undergraduate students. If you intend to go for such fields in the US, you have to take related subjects first and apply for master’s degrees later. In the UK, some universities offer such programs, such as the law schools in Cambridge. Similarly, you can also take medicine and law in Singapore while the business degree is hugely popular and rather accessible to undergraduate students. If you can’t wait for the master’s program, going for the UK or Singapore is a good choice. If you are not sure of your career decision, exploring your interest in a US university is a wise move. Moreover, living a university life is more than study. Culture is equally important. In terms of the identity of universities, the American and the British ones do much better than the Singapore universities. Most universities in western countries come with long tradition, with special architectures that have stories of their own. Each university mostly has its own identity and quirkiness that differentiates itself from the rest. The Singapore universities, in contrast, have shorter history and have yet to form a distinct identity of their own. Most buildings on campus are functional and modern. If you are easily drawn by the cultural aspect of an institution, going for the West may be a better choice.

How do you Make Friends?

Other than history, universities also differ in terms of the social environment. American students, as we all know, are more open. They are frank with their emotions. Night clubs, fraternity or other social events are full of “hyper” people. In contrast, the Singapore students are more reserved, influenced by the Asian values. Night clubs are less common on campus as a way of socializing. Students are also less vocal in class, unless class participation marks are critical to the final grade that one gets. Lastly, student populations in the US and the UK are more diverse than those in Singapore. The entire world wants to go for top schools in America and Britain while most foreign students admitted to Singapore universities are from Asia.

How Much Do you Pay?

Lastly let us talk about cost. The US is famous for its expensive higher education. The four years of total expenses have reached around USD 30K and they are still rising steadily. In the UK, while annual expenses may be similar with the US ones, most programs in UK universities are three-year in duration, which effectively reduces one’s total expenditure. In Singapore, the total expenses do not go beyond 20K. With generous government tuition grant, which comes with three-year bond for an international student to work for three years in Singapore, one can expect around USD 10K total expenditure.

Should you go East or go West? Hope the analysis above has given you a clearer picture. You need to find a place where your personality fits perfectly and your talent flourishes. If the world is your chessboard, make the right first move for your higher education has strategic significance.