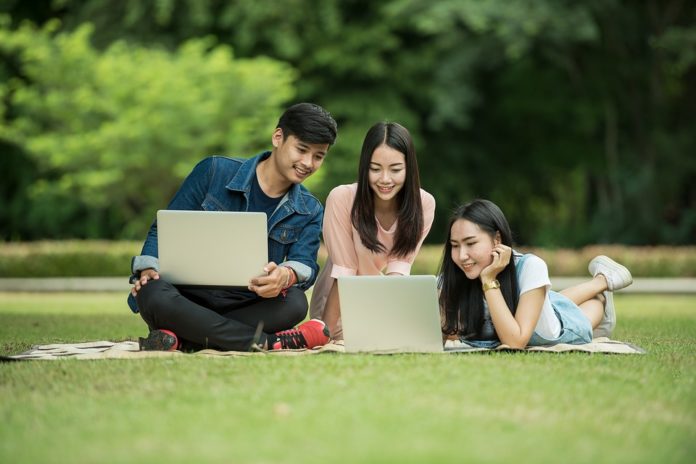 Contemplating an undergraduate degree abroad? Studying overseas is an eye-opening experience – the exposure to different cultures and ways of learning is priceless. Luckily for us, there are highly reputed universities a mere five to seven hour flight away from Singapore!

Enter Australia – as well as a stellar education, you’ll get to experience four seasons, its iconic beaches and laidback lifestyle. Plus, with budget airlines like Scoot and Jetstar, home visits are relatively inexpensive.

The country is home to 43 universities offering a wide variety of courses. You can study anything from accounting and finance to environmental science and physiotherapy! But with so many institutions to choose from, the process of selecting a university in another country can be stressful, and you might feel a little bit uncertain. To clear things up, here’s a guide to the top universities in Australia, their rankings and the disciplines they’re best known for! Sandwiched between Melbourne and Sydney, Australia’s capital city of Canberra is home to a healthy and diverse mix of local and international student, as well as the number one university in the country – Australian National University (ANU).

The university often battles it out with the University of Melbourne (UoM) in terms of rankings. Nevertheless, you can’t really go wrong choosing an institution created by the Australian Parliament with six Nobel Laureates amongst its alumni and faculty.

Consistently ranked as the most liveable city in the world, Melbourne is the cultural (and coffee) capital of Australia. Crammed with live music, comedy acts and festivals, the city’s wow-factor is only outshone by its breadth in higher education. Featuring seven universities in the international rankings, student life in Melbourne is nothing but ideal. With the highest percentage of international students across Australia, Melbourne is especially foreigner-friendly. The University of Melbourne (UoM) is the second oldest university in Australia. It’s a sandstone university, with a campus that looks like something out of Hogwarts. More than just a pretty face,UoM also holds it own academically. Ranked number one in the country according to the THE rankings 16/17 (a spot it often competes for with ANU), it also boasts an alumni of four Aussie prime ministers and nine Nobel Laureates.

It’s undergraduate degrees are quite broad and allow you to tailor study according to your interests – especially if undertaking an Arts, Science or Environments degree. Postgraduate study is UoM’s strong suit, with highly competitive medicine and law programs. Another popular choice for students, Monash has a sprawling campus situated slightly out of the city. Monash and UoM are locked in a (mostly) friendly for top university in Melbourne, but if you’re more about hands-on learning than research, Monash would be the place for you! Also, if you didn’t want to wait till postgrad to study law – Monash offers a five year LLB program. The university is made up of a significant portion of international students, approximately 34.7 percent. You’ll settle in quickly, especially with a vast number of student societies to help make the transition.

Other universities in Melbourne worths checking out are RMIT, with strong fashion, architecture and media courses and Swinburne University of Technology.

As Australia’s largest city, tourism hotspot (Bondi beach, anyone?) and financial hub, Sydney is definitely the place to be. While living expenses here may be slightly higher than in Melbourne, you’ll be getting a peerless education with some of Australia’s most iconic spots at your doorstep. Part of the sandstone universities Group of Eight, the University of Sydney was the first university to be founded in Australia, in 1850. The regal looking campus is spread across the inner-city suburbs of Darlington and Camperdown and has been ranked by the Huffington Post and the Daily Telegraph in the top 10 most beautiful universities to study at. Renown for research and teaching, it tied with New York University as 46th in the world in the QS Rankings. UNSW is a 100 years younger than its high-profile neighbour USyd, but is quickly climbing the ranks. Within its eight faculties, UNSW offers bachelor degrees that go between three to four years and combined degrees that last for up to eight years. So if you’d like a program that has little more flexibility or you simply can’t choose between, say, Engineering or Commerce – UNSW is the place for you! With a lively campus culture and a quarter of its student population made up of international kids, UNSW promises a sense of community during your undergrad years. A friendly city offering year-round tropical weather and access to some of the most beautiful hiking and swimming spots on the East Coast, Brisbane is both a student hub and a tourist destination. It’s home to three major universities, with the University of Queensland being one of them.

Offering a range of high quality specialty programs and dual degrees, UQ ties for third position in Australia with USyd. It’s reputation is well earned, often lauded for research innovations including vaccines to help prevent cervical cancer. This is especially helpful if you have your sights set on science! And if you were curious about those that came before you, the UQ alumni includes a Nobel Laureate, an Academy Award Winner and two Fortune 500 CEOs. Located along Australia’s south coast the University of Adelaide is the third-oldest tertiary institution in the country. If it sounds a little familiar to you, it’s probably because it has a satellite campus in Singapore, as well as five campuses spread across the state of South Australia. With plenty of open spaces and opportunities for hiking, cycling and foodie trails, Adelaide is the more laidback option compared to other states. However, UoA has stellar programs – especially in the field of Dentistry and Medicine. Just an easy five hour flight from Singapore is (rather ironically) the most isolated city in Australia – Perth. Due to its endless stretch of pristine beaches and warm weather, it’s a very appealing option for students looking to relocate. The University of Western Australia (UWA) is the city’s premier university, and is known for its vibrant social and sporting culture. It’s heritage listed grounds along the Swan River just out of the city centre is just the right mix of picturesque and accessibility.

With all the information that’s out there, coming to a decision about university isn’t easy. But there are a couple of things to prioritise to select a course most suited to you. If you have a clear idea of what to study, or whether you want to go into postgraduate research, definitely look at individual subject rankings to see what university will serve you best in that area. But if, like many students, you are unsure of what major to take, look at the course structure instead. Some universities offer a broad curriculum that allows you to mix and match subject and tailor your bachelor degree to your interests, giving you some form of flexibility should you change your mind. Keep an eye out for if a uni offers placements and vocational options to improve your employment prospects. And if one of the motivations of moving abroad is that you’d like a change of pace from Singapore, find out more about campus culture and residential colleges so you can immerse yourself in the university community. And whatever you choose, know that rankings aren’t everything – your university experience is what you make of it!