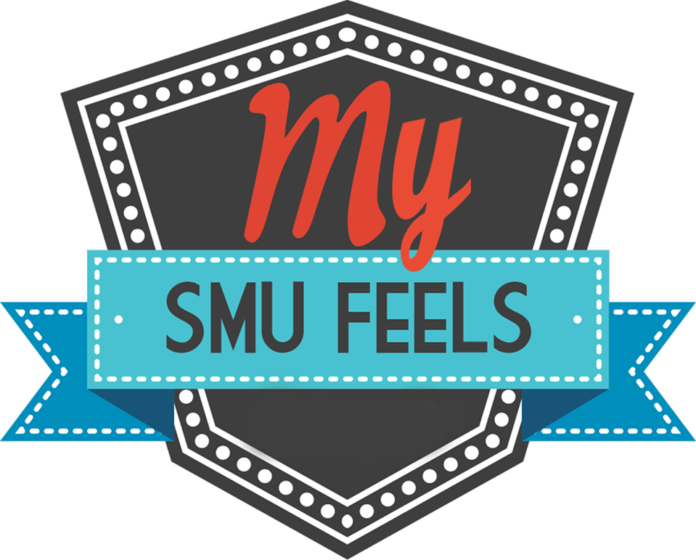 It just started on a whim, a desire to comfort my friends with something to laugh at when the stress of school was really starting to mount. Reaction GIF posts on Tumblr are nothing new, with an ever expanding database of GIFs and people with a great and relatable sense of humour, it wasn’t a ground-breaking idea. All it took was embracing the quirks of a university characterised by competitive people, lots of project work, and a plethora of hilarious stereotypes.

Sure when I initially posted the blog on Facebook, it attracted a couple of dozen likes, like any other status or photo might have. The thrill came when I realised that people beyond my social circle were sharing posts. I got screenshots from friends showing me people were sharing the link with captions like “I love this person” or “if I knew this person I would totally buy them a drink” and other variants. Some of my friends even had siblings overseas who were linking them to my blog. I still don’t understand exactly why it shot to popularity so rapidly, but that’s the thing with viral content – how did memes become such a staple of the Internet? I think it really depends on the timing, responsiveness of the audience and how much they can relate to it.

As soon as I accepted the fact that the Tumblr was going viral, that it was reaching more eyeballs than I initially anticipated, my curiosity was aroused. I wanted to see how the momentum was building up in the form of page views and unique visitors. Google Analytics really helped me make sense of the traffic that was coming in. It was amazing how embedding a single HTML code in the blog design could give me so much insight into my target audience and their online behaviour. Of course this was all subject to the right interpretation – all Google Analytics does is provide numbers and other forms of raw data and I’m just a humble Marketing major unequipped with knowledge relevant to the field of analytics. Nevertheless, through my own research about viral phenomena and analytics, I gleaned a lot of information about the nature of these statistics and what they can reveal. This helped me with some of my decisions like at which timings I should schedule my posts for optimum viewership and how many posts would be ideal for each day.

Besides analysing statistics, I did some casual observational research when I was in class. Often, I would sit in the back rows of the classroom, which would afford me a fantastic view of the laptop screens of a number of my classmates. It felt strange seeing people visit my blog as they would visit regular distraction destinations like Facebook or 9GAG or Thought Catalog. It was immensely motivating.

By this point, there was a considerable amount of pressure to post regularly and maintain a certain standard in my posts. This was the only downside to this whole journey. Initially, I was just posting for myself, for my friends, all of us who share a similar sense of humour. But once the blog gained popularity, I thought a lot more about my posts before I published them. The self-doubt was crippling at times, and I would often fervently scroll through dozens of GIFs to find the perfect match for each post. The submission feature on Tumblr was extremely helpful in dealing with this pressure. I would often get suggestions on topics for posts and even messages of encouragement and compliments, which helped me continue with the upkeep of the blog. Towards the end of last semester I felt like I had had enough of being funny and enough GIFs for a lifetime, but when I saw things like those messages or the fact that an inspired “NUS Feels” blog had been set up, I realised that I had reached out to so many people, and entertained them. It was just for a fraction of their time, but it had been enormously fulfilling to have that influence even though I had not gained anything tangible.

So I sought to further develop the blog, hoping to expand into different forms of potentially viral content, slightly inspired by the Buzzfeed model but more tailored to the SMU context. Having gone through months of managing the platform on my own, I now understood that I would need help in content generation if this was to become a sustainable model. After posting a call for help for anyone who was interested in contributing to a vibrant distillation of the SMU experience in the form of an entertainment blog, I checked my inbox a month later. Zilch. Nada. No one. Zero responses. My nagging fear had come true: most people are entitled and only want to passively enjoy being entertained. Nevertheless, I’ve been continuing with my efforts because I strongly believe in the idea. I only hope that as it gains momentum, more like-minded people will join me on this quest of entertaining and influencing!

If you’re interested in being a part of MySMUFeels drop us an email at mysmufeels@gmail.com

And of course, keep visiting the blog! www.mysmufeels.com

Everyone is unique and special. Share your story too and help others find out their own unique individuality. We welcome all undergraduates to share their story with us here.