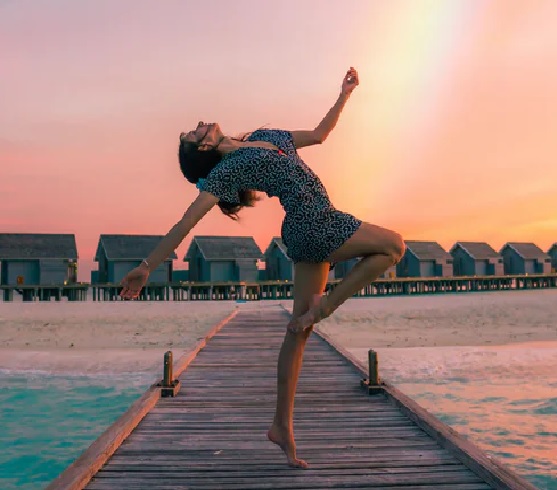 This is the continuation of a 3-part article series by Alyzza. You can read part 1 here.

Hopefully, you now know what Hall life will bring you. However, different halls have different cultures. I cannot speak for other halls, but I can speak for my Hall which is Hall 8. If you’re curious about other halls’ cultures, take a read of this Digital Senior article which briefly goes through each hall and what it’s like in NTU, which can be found here.

For Hall 8, we just finished our own hall orientation a few days ago where I was a Group Leader (GL) for my clan. I know other halls have a similar clan system and those who attend orientation will be randomly allocated one, and freshies who didn’t manage to go to orientation can still be adopted into a clan if they know someone.

I feel every hall has its own special drinking and mahjong culture, but I will not elaborate on Hall 8’s one mainly because it’s more of something to experience rather than read about. However, what I will talk about is Hall 8’s inclusivity. When I first moved in, I thought it was going to be difficult to make friends with people, but I’ve never met such a large group of people that were so accepting.

It’s common knowledge that everyone comes from different walks of lives, but I was worried that I would meet people that were maybe not so accommodating. However, I was wrong. For the most part, I feel that Hall 8 truly gives the vibe of a found family.

I used to be very shy, and I still am from time to time. I am not typically one to be loud but staying in Hall 8 changed that because I have found so many people that I feel comfortable with and accept me. Am I friends with everyone? No. But if I were to be at a hall event, it would be easy for me to strike up a conversation with someone as if we were already friends.

I don’t know if it’s the same for other halls. I’m sure there are some that are similar, and others that are different, but I am really glad to be allocated into Hall 8. Furthermore, I think many people would agree with me that it is common for dance teams to be very clique-y or have their own set of drama for whatever reason. However, it was different for Srethgie (Hall 8’s Dance Team).

I have never been in such a safe space to dance. Sure, not all dance teams or dance classes are toxic, and many people are nice, but Srethgie accepts anyone regardless of your skill level. Not only that, but they also won’t judge you if you can’t dance and will help you improve your execution. I feel so lucky to have met them, and I know of other friends from different CCAs such as Fine Arts Production, who share the same sentiment.

This is the perfect time to segue into talking about balancing CCAs with my studies. You have no idea how dark my eyebags became. I struggle from insomnia, so I already don’t sleep much, but if I tell you about the shift between my sleep schedule from Semester 1 to Semester 2… It’s quite drastic.

Like I’ve mentioned previously, I was planning to be a phantom, so I didn’t join that many CCAs. During Semester 1, I was only a part of NTU’s Current Affairs Society (CAS) Research Subcommittee, and Hall 8’s MAXLAMP. CAS was a bi-weekly zoom session discussing current affairs for around 2 hours, whereas MAXLAMP was more events based. MAXLAMP is Hall 8’s volunteering CCA, but due to COVID we didn’t have much time to volunteer for AY21/22. However, we were involved in Hall events.

I was part of the Publications and Publicity (PnP) Main Committee for MAXLAMP, so I would take photos for the events, plan out CCA photoshoots, and promote the events with my other committee members. If I remember correctly, semester 1 only had the Halloween Haunted House for our Hall’s Halloween celebration, so it wasn’t very intensive in terms of meetings. As for CAS, we were further split into smaller groups that would present different topics based on our assigned themes (e.g., Society, Geopolitical, etc.)

Hence, it was very easy for me to balance these alongside my studies. I even managed to attend a few Srethgie sharings and join them for the ‘Intro to Cult Night’ (ITC) performance which had around two practice sessions per week. However, the sharings and the experience dancing for ITC with the team really left an impression on me, that I went to sign up for Srethgie’s Hall Olympiad Closing Ceremony (HOCC) performance.

I didn’t know much about HOCC or how intensive the practices would get; all I knew is I wanted to dance. And finally semester break arrived. During the semester break, MAXLAMP collaborated with a secondary school and volunteered to host some programmes for Secondary School kids via Zoom, and planned out our own MAXLAMP photoshoot, as well as plan for our Back-to-School Hall event. CAS took a break for the holidays.

MAXLAMP wasn’t so bad since the events are more spread out, so honestly it was quite chill. I’d like to imagine there would have been more volunteering opportunities if it weren’t for covid. However, while Srethgie was chill in Semester 1, it was the complete opposite in Semester 2.

Practices would start in December 3 times a week, standard 7pm to 11pm which isn’t that bad. However, when school started, the practices became agenda-based, so it means that there was no set time to end. Practices would end once the agenda was cleared. Therefore, sometimes practices would go up to 3 or 4am, 5 times a week, and 7pm to 2am became our standard expectation of an ‘early’ dismissal.

Of course, there were times we ended earlier (or later), but by then we were ready to stay for as long as was needed. Sometimes, we would even stay up to eat McBreakfast together if we ended super late. I’ll be frank. It was very tiring. A lot of us started to have ‘lowkey’ injuries, including myself who already had a history of knee and ankle injuries. However, our sheps were very understanding and let us rest whenever we needed to. They didn’t push any of us to continue if were in bad shape. However, with this schedule on top of my studies… You could imagine how tired I was.

I would go to lectures sleep deprived (like many other students), but because I was so physically exhausted, I also became emotionally exhausted. I had weeks where I would ignore friends because I couldn’t take on any more responsibilities on top of what I already had. The worst part is that I began to neglect my studies.

I am someone who tries to max out my AUs as much as possible each semester. Unfortunately for Semester 2, I didn’t take any UEs because I wanted to take more Core modules — all this without realising how much my CCAs would take out of me.

I felt burnt out, but I knew I needed to continue. I committed myself to this schedule. Therefore, I must see it through to the end. On top of this, I also joined Hackathon’s GAME-a-THON, where we needed to conceptualise our own games, so you could imagine how filled my plate was.

I knew that I couldn’t go on like that, so I learnt from a friend to start planning out my schedule, except I did mine on Google Calendar instead of excel. I put in all my classes, meetings, commitments, and even had my friends plan hangouts around my busy schedule. Then, for the small breaks I had in between, I would either study or take a nap to catch up on my sleep.

This worked for a bit, but after a while the burnout came creeping back in again, which is why I started to ignore my friends and spend all-nighters outside of my room just to catch up with my studies.

DISCLAIMER: This is not healthy at all. I know all-nighters may be inevitable from time to time, but do not be like me where I filled up my schedule with so many different things that I was getting like 8 to 10 hours of sleep per week instead of 8 to 10 hours per night. My Advice and Conclusion

Coming from someone who has been there, I will say that surviving through such a period unscathed will make you feel invincible. My GPA remained somewhat consistent because I worked hard to catch up on what I missed after HOCC, MAXLAMP, and CAS ended which were all around the same time. However, I must emphasise that you should not be needing to catch up on studies during the final stretch because you weren’t able to balance everything before.

I would suggest to freshies to ascertain the intensity and training schedules for the different CCAs beforehand instead of joining more trigger-happily and struggling to figure out a way to cope. At least if you know beforehand, you can come up with a game plan. I would say that now that I am in year 2, I am able to gauge my ability a bit better. However, I may still have been overly ambitious as I am now CAS’ Research Head for the main committee, doing my internship, writing freelance for Digital Senior, working on upcoming projects and preparing for a dance concert with an outside company on top of my studies. If that doesn’t sound crazy enough, I am also planning to join MAXLAMP, Srethgie and a few more CCAs for the upcoming academic year.

Do I have a lot on my plate? Yes. Will I be able to cope? I don’t know. However, do I think the payoff is worth the struggle? Yes, definitely.

However, this is because I now know that I can cope with this, regardless of how little sleep I get. I understand that everyone is comfortable with different levels of commitments, and that’s why I’m simply recommending that you manage your time by planning it all out beforehand.

I have known friends who burnt out because they had a similar schedule. Surely, your health and sanity are much more important that gaining experience or CCA points. Remember, you are in university to study for the future that you want. If you’re someone as ‘crazy’ as me, I would say go for it. However, if you find that you cannot cope, it’s perfectly fine to prioritise your energies. Better to achieve fewer goals than fall far short of them all! Making sure to hold on to those things that you absolutely cannot compromise on, find that balance that maxes out your wellbeing.

That’s it for this section! Stay tuned for part 3: ‘Friends and Relationships.’