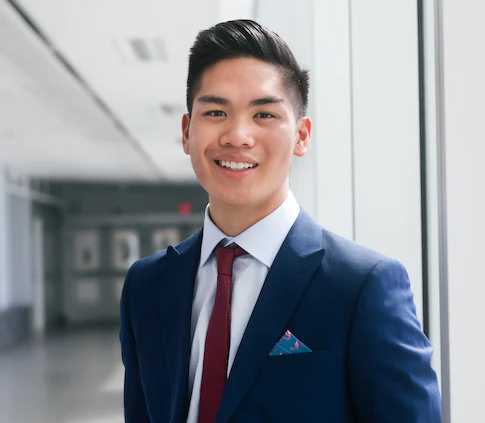 As a final year social work student in the U.K., I still remember the last day of our academic term like it was yesterday. My friends and I were at the tram stop, waiting for the tram that would take us into the city for our first (and last) meal together as a class.

It was a bittersweet moment. We were not going to see each other again in university after this, as all of us were going onto our placements.

My friend looked at me, and smiled.

Look what I got! Twinnings teabags! I got them from the leftover coffee table just now!

But I didn’t take the ginger and lemon ones because I hate them.

I dig around in my pockets, taking out the ginger and lemon ones.

Because I took them.

We couldn’t stop laughing after that.

As university students, you’re in an in-between place. You are doing ‘adult’ things like living on your own in university, being responsible for your own cooking and washing, and sorting out the rest of your life admin (oh, just tell me about those struggles with insurance!)

But you’re not quite so independent, financially. Unless you got a scholarship, you’re probably still receiving an allowance from your parents, and scrapping by on the little that you have.

That’s where a side hustle can come in to help you to become more financially independent, and to no longer suffer the pain of having to go to your parents to ask for more money. Who wants to suffer the ignominy of having to tell your parents why you need more money? You couldn’t possibly tell them you want it for the club entrance fees, could you?

The myths of side-hustling

In my work as a speaker at universities, I’ve worked with a number of students. Whenever I ask them about paid work, they tell me something like: 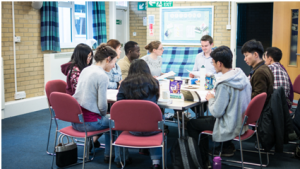 (University doesn’t have to be all about study)

I want to address some of these myths today, sharing from my own experience.

Between September 2018 to July 2019, for a period of 9 months, I was a student blogger for university. The university paid me £20 per article of 1000 words, and commissioned me to write 2 pieces a month. These would be pieces on experiences in university, or advice on how to score better for your essays.

Monthly, this would add up to about SG$72.

Beyond that, I also became a speaker and trainer. Once, a 20 minute speech at a conference gave me a cool £200 (SG$360), whilst conducting another public speaking training workshop paid me £90 (SG$162). 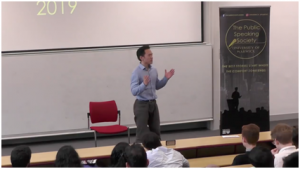 It didn’t look like great money, but it was money that helped me to go for experiences without worrying too much about the cost. 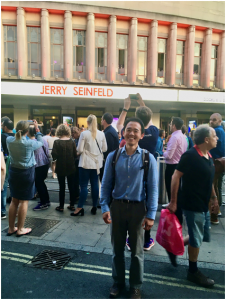 (Finding myself at a Jerry Seinfeld show, live, was probably one highlight, made possible by side-hustling)

Money can be liberating. It also gave me the chance to treat myself to technology products that I wanted, such as a new pair of speakers.

You actually learn more from these side hustles

For those who say that they will be distracted by their side hustle at university, I would say that might happen if you were doing something that was unrelated to your degree.

I had a friend who worked as a catering assistant whilst in university. Sometimes, she would be so tired after a day of studying that she would just scoop the food, and have it go ‘SPLAT!’ onto the student’s plate, without little thought.

Granted, you may not learn as much from these physical, menial jobs, but side-hustles that require significant thinking can help you to grow in your own skills at university.

For example, you could read all you wanted about digital marketing techniques, but until you take on a side-hustle that may involve you copy-writing, you may not know the skills needed to drive the results in digital marketing. 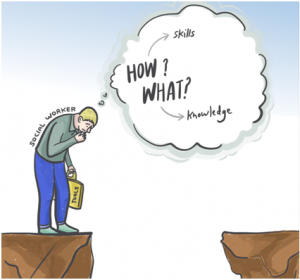 (If you were training to be a social worker, as much as the knowledge of the theories is important, the skills of counselling, communicating, are also vital.)

That’s why taking on a side-hustle can be a way you build up your skills, for eventual life after university.

The hard work actually helps you with life after university

You may look at me speaking in front of crowds, and think that I was born with such a skill.

I was so painfully shy when I started that I spent more time looking into my cup, than at the audience.

But all that weekly effort spent at the Public Speaking Society eventually gave me a second life after university. After university, I applied for 102 jobs, and failed more than 26 interviews. Not knowing how else to earn money to keep myself going, I wrote articles for sites around the net. What started as a small income eventually became an income that surpassed what I was earning in my first full-time job.

What you may initially see as a distraction may build you greater independence from a job. Rather than depending on a full-time employer for a salary, you can now depend on your skills.

Thus, rather than seeing this side-hustle as a distraction, why not see it as a chance to add concrete evidence of your skills? Employers would be more than impressed knowing that you’ve taken efforts to apply your knowledge in the real world.

Where can you start?

What are some practical things you can do to start? In Singapore, some feasible side-hustles include:

Apply to get the certificates, and you can start immediately.

What are you waiting for?