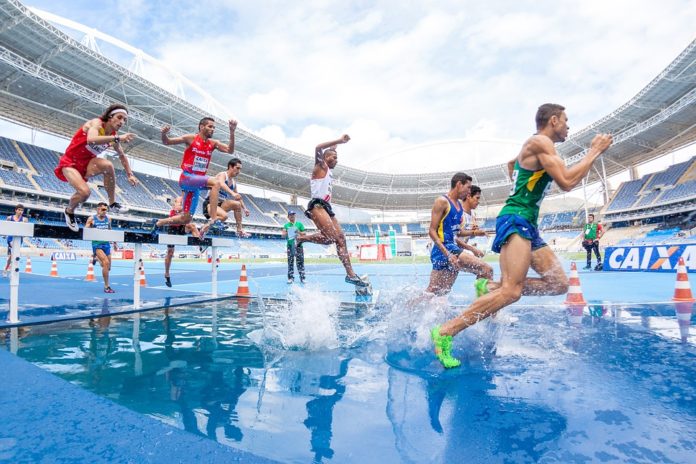 Those of us screaming at our TV screens as Joseph Schooling clinched his historic gold might have tried imagining what it took to be an Olympic hero. If you mostly imagined gruelling laps back and forth in the pool, however, you’d be missing out on a key part of the champion equation. As Einstein once said, insanity is doing the same thing over and over but expecting different results. These days, behind each of the athletes you root for is a dedicated team of unsung heroes – the sports science experts who analyse their champion’s body type, performance, and mental health, continually finetuning his training to bring out his absolute best. They are the secret weapon helping sports champions work smarter and not just harder to eventually clinch their championship accolade.

For those of us who love sports and thinking about sports, studying sports science offers an amazing way to turn a passion into a career. If you’ve never heard of sports science, here’s a rundown of what looks poised to be an up-and-coming discipline in Singapore.

What is sports science?

Simply put, sports science harnesses science and technology to boost athletes’ performance. It brings together wisdom from fields you probably already know of – sports science students, for example, draw from psychology to learn about strengthening the athlete’s mental resilience amidst fierce pressure in the sporting arena. They also delve into ideas from physiology to track how athletes respond to training, and from biomechanics to figure out how to turn the human body into a lean, mean physical machine. It’s not just about becoming physically faster or stronger, however. The reason why sports science is so revolutionary lies in its ability to optimise athletes’ performance in less obvious but significant areas. From reducing risk of injury and speeding up recovery times to extending athletes’ lifespan, sports science is becoming the go-to support for everything a sports career needs.

We all got a little teary-eyed reading about how Joseph Schooling beat his childhood idol Michael Phelps, but did you know that Schooling’s victory seemed unlikely comparing his physical traits to Phelps? For the past few decades, the template for a top swimmer has typically been a long wingspan and upper torso as sported by Phelps, whereas Schooling is 9cm shorter than Phelps and has shorter limbs.

A major factor in his stunning success was sports science – through working with Ryan Hodierne, sport biomechanist at the Singapore Sports Institute, Schooling could overcome these disadvantages by pinpointing his unique strengths, namely his strong kick and ability to swim fastest in the first half of the race. Through principles of luid dynamics and biomechanics, Mr Hodierne advised Joseph Schooling on specific moves in the pool such as putting his head down approaching the wall, to increase his swim velocity without interruption. Joseph Schooling did every bit of that and lo and behold, he won.

The magic of sports science is that it enables the sport to be tailored to the individual, not the other way round. Rather than working with general star qualities, it uses data analytics to target each athlete’s traits and transform them into champions in their own personal way.

Just as importantly, part of sports science studies revolves around the ‘champion mindset’. According to Dr Martin Grunert, Head of School of Life and Physical Sciences at PSB Academy, proper mental training rivals physical training in making or breaking a sporting legend – stress control allows athletes to handle the pressure of competition, while self-esteem empowers them to overcome failures and dream big. In Schooling’s case, developing this mindset of awareness that victory was in sight was key to his phenomenal win.

Given the wide-ranging power of sports science, it’s no surprise that Team Singapore is incorporating it so deeply into sports training. All your favourite athletes at the Singapore Sports Institute are given cutting-edge support in data analytics that optimise their nutrition, training, and even their sleep patterns. This means that those with sports science qualifications will likely be increasingly in demand as Singapore strives to become a sporting nation.

If you’re thinking of becoming the unsung hero behind Singapore’s next sporting legends yourself, there’re already several sports science programmes gaining repute here. PSB Academy, for instance,was the first school in Singapore to offer a degree in sports and exercise science, in partnership with Edinburgh Napier University, a Top 50 UK university for Sports Science according to the Guardian’s 2017 University Guide. The program saw 130 graduates last year, a good sign that most Singaporeans’ ultra-practical doubts about going into the sports industry are changing.

In fact, as the top graduate from last year’s cohort, Yageshwaran S/O Selvaraju, confessed, his family was “hesitant about my interest in pursuing a career in the sports industry at first… but I’m confident this qualification will help me achieve my career ambitions.”

In case you are wondering, sports science is not only applicable to swimming. In fact, performance in practically any sports can be enhanced by science.  For example, PSB signed a partnership to provide special rebates for players from Eunos Crescent Football Club. This allows sportspeople in Singapore to enjoy the best of both worlds – receiving higher education while passionately pursuing their sports career!

The future for sports science graduate

With Joseph Schooling pushing the boundaries of possibility with his Olympic gold, it’s safe to say that a career in sports is much less the kind of farfetched, impractical thing it used to be. In fact, the Government announced in 2017 that it will be injecting an additional S$100 million into the sports sector in Singapore which currently employs around 20,000 people.  Minister for Culture, Community and Youth, Ms Grace Fu is aiming for  consistently strong showing at the SEA Games by 2030, along with more champions at the Asian, world and Olympic levels. Ms Fu said  “To groom that athlete into a world champion, we need great coaches supported by deep sports science and sports medicine capabilities.” Mr Hodierne, who Schooling calls “the best I have seen in biomechanics” is certainly a role model for those aspiring to be the genius behind the champion.  Mr Hodierne is not the first, neither will he be the last in Singapore.

And with many more starry-eyed sporting talents aspiring to greatness, sports science is set to be the next big thing for those who want to turn their love for sports and analysis into a career. You too, can be part of this history-making journey.

Want to find out more about exactly what you will learn in Sports Science, as well as the career options available ?

Request for a brochure on the sports science programme!

Html code here! Replace this with any non empty text and that's it.