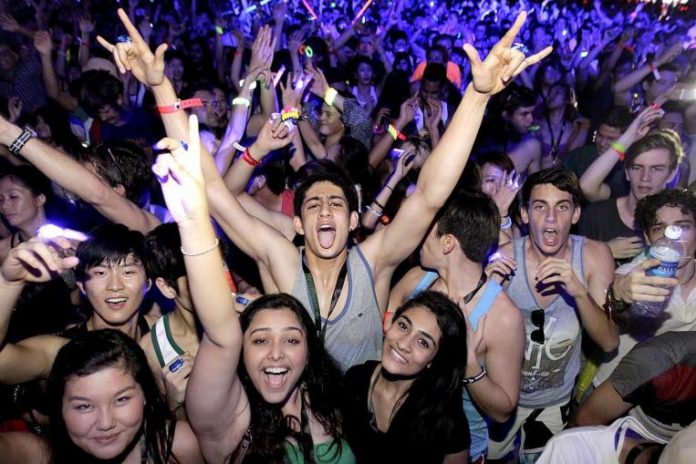 All undergrads, freshies in particular, find themselves bombarded with helpful advice about creating a memorable university experience from friends and seniors (and of course, from Digital Senior!) You might find that there’re a bunch of experiences enthusiastically touted as being ‘unmissable’, experiences that your university life just wouldn’t be complete without.

But what if these things just aren’t your cup of tea, yet you’re struck by FOMO (Fear Of Missing Out)? Here, I’ll share my perspective on why some of the most common ‘must-have’ experiences we hear about might be overrated.

As a freshie prior to matriculation, you might have heard tell of the all-importance of orientation camps in university. I remember all my seniors telling me that not going to O week or faculty camps was akin to a death sentence on one’s social life – making friends spontaenously in class would be practically impossible.

The bonding effect of orientation camps, however, is usually overrated, especially for those who don’t make friends best in a rah-rah camp environment or who just can’t click with the OG they’re in. By your second or third year, the people you hang out with won’t be exactly the same crowd you knew from orientation, and your OG Whatsapp group chat will be all but dead.

There’s also no need to fear that missing orientation camps will make you a loner forever. As someone who only went for one CCA camp and no faculty/ major camps at all, I can safely say that I’ve been able to make friends in the most random of scenarios – language classes, group projects, even the health checkup at UHC that all NUS students have to go through.

There’s no denying that staying in halls or residential colleges is reputedly a great way to build independence and make long lasting friendships. Late-night suppers, looking out for each other when sick, hall activities – all these have a way of pulling people together and creating unforgettable memories.

On the other hand, having to cram your days and nights with hall activities may mean that you ironically miss out on other kinds of experiences in your uni life. Most halls in NUS require residents to take up an insane number of hall activities – friends in hall have told me about having to join at least 5 hall CCAs in order to remain in hall for the next semester and going for dance practices from 1 to 3am.  Rather than being an unmissable experience, it’s better to think of staying in hall as a trade-off with external commitments and non-hall friendships (not to mention sleep).

The chance to go on exchange is generally seen as highly coveted for undergrads. Spending a semester abroad, with pass/ fail grading for modules, tons of new people to meet and places to explore? Yes please!

Although going on exchange can definitely be the amazing, eye-opening experience it’s reputed to be, it’s not the end of the world if you decide not to take up or fail to clinch a highly competitive spot in one of your university’s study abroad programs. Depending on your faculty and major, the range of partner universities on offer may be limited, especially if you’re looking for higher-ranked and more prestigious colleges.

Plus, since exchange students are usually given less priority than the college’s own students for slots in modules, having an interesting learning experience abroad is far from guaranteed. It’s always possible to get the same kind of immersion in a foreign culture from vacations, internships and even working abroad.

Many of us would have heard this before: “University days are the last time we can really be young and free! Once we enter the working world, we can’t ever let loose and party the way we still can now.” Closely following on the heels of this remark is likely a justification for, say, why you should go clubbing rather than mug for your midterms. It’s basically the college version of YOLO.

Having fun as an undergrad is obviously important, and it is pretty true that our post-grad selves will have a ton of responsibilities most of us don’t have now – bills, marriage, saving up for a flat and so forth. We won’t be able to party all night and skip our 8am class, or splurge on things with our parents’ money.

But one reason why this idea – that our university experience isn’t complete without some wild, carefree YOLO-ing – is overrated for me is that the ‘never again’ belief driving it is just plain wrong. Who’s to say we can’t still figure out how to have fun as working adults? (And wouldn’t it be so depressing if we really reach the peak of our 80-year lives in our 20s?) More importantly, our ideas of fun change along the way, and the thrill of letting loose and escaping from responsibilities will almost certainly fade as we start to forge the kind of lives we want. So if you find yourself constantly torn between mugging and partying before it’s ‘too late’, just remember that the latter option might be overhyped.