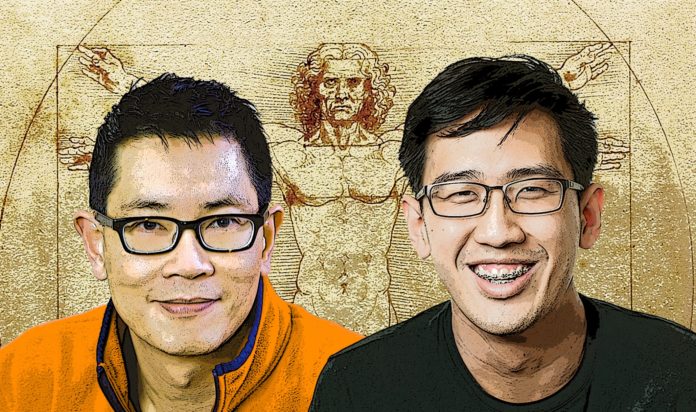 The annual NUS Arts Festival is coming right up, and with this year’s rendition aims to sweep you away. 2018, after all, marks the 25th anniversary of NUS Centre for the Arts (CFA), and what better way to commemorate this milestone than a showcase of how far things have come?

This year’s theme happens to be If We Dream, which draws inspiration from Singapore’s first English novel (If We Dream Too Long by Goh Poh Seng).

If we dream. What happens when we dare to dream? As a former English major and casual arts supporter, I’ve had visions of becoming a playwright (and maybe a lyricist, too). I’ve since exchanged those dreams for different ones and a career in marketing, but a small part of me still clings to the possibility of chasing them someday.

This is why past // present, and its playwrights’ backgrounds, had me sit up and pay attention.

A series of five short plays presented as a night of readings, past //present is the collaborative work of writers Damon Chua and Wang Liansheng.  It’s full of intriguing binaries: the production involves two writers with two markedly different careers collaborating in two different locations, writing new pieces inspired by their older ones…exploring a topic that would resonate with most youth: the notion of identity. Specifically, a Singaporean male’s struggles with societal norms (sneak peak on the themes below!)

Damon is a former education consultant/investment banker turned full-time playwright currently based in New York, who also wears the hats of a poet, fiction writer and producer, while Liansheng is a full-time lawyer who writes. Whew, what a mouthful!

In a country where, for decades, economic stability and development was the first and foremost priority, plunging into the arts can demand an immense leap of faith. Both affirm, along with other creative practitioners in Singapore, how creative self-expression and “pragmatism”, as we’d call it, are less incompatible as they might appear. Curious, I spoke to the duo on how past //present came to be, and how they found their ways into careers in the performing arts.

On how past // present came to be:

Liansheng: It all happened during a dinner I was having with Mary Loh, the Festival Director of the NUS Arts Festival. At that time, I was interested in learning more about scripts written by local playwrights who are not as frequently featured on the Singapore stage. Mary Loh then suggested Damon, and put us in touch. This was the genesis of past // present. I met up with Damon when he was back in Singapore for a while, and we corresponded via emails as well. We exchanged scripts to find out more about each other (and our writing) and eventually decided that we would present a night of readings, with a theme being about a male character’s struggle with societal norms. This was partly inspired by Goh Poh Seng’s novel, If We Dream too Long, which is the theme of the NUS Arts Festival.

Damon: I was approached by Mary Loh, the NUS Arts Festival Director. I’ve known Mary for a long time although we’ve never worked together. To be honest, when she first suggested that I should contribute to this, I was skeptical, because I wondered if I would have anything to say about today’s Singapore, given I’ve lived away for so long. However, I have also been spending more and more time there, to be with my mom. I realized this was the perfect opportunity to re-engage with a Singaporean audience. When I met with Liansheng, his energy and vision erased any of my remaining doubts.

Damon: Interestingly, distance hasn’t been a big challenge, but maybe I’m speaking too soon (I hope not). The truth is, I’m not sure if this has been challenging. It has actually been invigorating and a lot of fun, because I haven’t written a play for a Singaporean audience for over twenty years (you heard that right). It was nice to know that it wasn’t as difficult as I had imagined.

Liansheng: I have to say, juggling my full time day job as a litigation lawyer and producing the night of readings has been a big challenge! You always wish that you could do more, but it is what it is! Damon is very understanding, which has made our collaboration a breeze, and I would definitely look forward to other opportunities of working with him. Liansheng: The format of a dramatised reading of scripts from different stages of the writing careers of two playwrights felt right, as it gave more focus on the writing and could allow for more discussion to take place. There is a monologue as part of the stage reading! I will be presenting a Chinese monologue which I wrote in 2013 for The Theatre Practice’s Playwrights’ Boot Camp.

Damon: That was the suggested format so I went along with it. I think it’s the right one.

Damon: I love the theme we are working with—past and present. Both Liansheng and I are presenting pieces from our past; we’re also writing a piece each from the present. We decided that our current piece would be inspired by the other’s previous work(s), which, taken as a whole, would hopefully make for an interesting evening. Also, writing about “the Singaporean male” has been refreshing. Clearly we cannot cover a lot of ground, but the issues Liansheng and I are grappling with—from peer pressure to social pecking order to emotional expressiveness (and more)—really excite me.

Liansheng: I really love the diversity of the works presented. As Damon has mentioned, the works deal with many aspects—peer pressure, societal norms, social pecking order, emotional expressiveness, feminism – and I think that is what is really exciting about the night of dramatised readings. It gives enough material for the audience to think about the issue of masculinity, without being too didactic about it. On a personal note, I really like Bonsai, written by Damon; it is layered and current and gives a good contrast to his earlier two works (which were written in 1995).

And last but not least…on the arts (and a little bit of advice):

Liansheng: Juggling a full-time job as a lawyer with playwriting is a struggle everyday! That being said, I have no complaints, and I think the struggle(s) help with the artistic creation. It fuels me, and makes it all the more worthwhile for me to pursue what I am doing with playwriting.

Damon: Aren’t all routes to the arts for Singaporeans unconventional? Hopefully it’s no longer the case now. During my time, it is inconceivable to be involved with the arts and still support yourself. So, like all good Singaporeans, I studied law, qualified as a barrister, then went into banking, before getting an MBA. I’ve had a wonderful career in finance, high-tech and the entertainment industry before turning to writing full-time. I haven’t looked back since. Because I’m based in New York, when I tell people I’m a playwright, it’s like, “great.” I suspect it’s different in Singapore. My struggles these days tend to be over creative matters, rather than in the realm of societal norms.

Damon: I’ve always had a passion for writing, so I’m not sure how to answer that. What is important is to find ways, if you are into the arts, to give rein to the passion. Get involved, volunteer, find a way to get in, however small or insignificant the role. It is great to go see a play or attend a reading, but it is critical to be an ACTIVE participant. I started out as a volunteer stagehand at the old Drama Centre up on Fort Canning, when I was a teenager. I also helped to make props. Because of my involvement, I watched the performances every night and listened carefully to every line of dialogue. Eventually I realized, yes, I could do this.

Liansheng: I second what Damon said. To be honest, don’t be daunted. Just do something, anything. I remember the days when I volunteered as a front-of-house volunteer for theatre companies so that I could watch shows on the side for free; this led to making friends in the theatre industry, and eventually working as a crew, visual arts coordinator, stage manager, etc and a very enjoyable journey into the performing arts. Dreamt of being more active in the arts? All dreams stay dreams if we daren’t make a step forward, so dream your dream and go on to make it a reality the way Damon and Liansheng have! They require a lot of hard work and motivation, so if you’re determined to start but need a little push and some inspiration, why not go for the festival’s panel discussions? Critical Conversations: In-transit: Arts, the University and Me and Dreams Caught in between Worlds (which Damon will participate in) might just do the trick.

Of course, don’t forget to catch past // present, which runs on 7 and 8 Sept (this day comes with post show dialogue)!