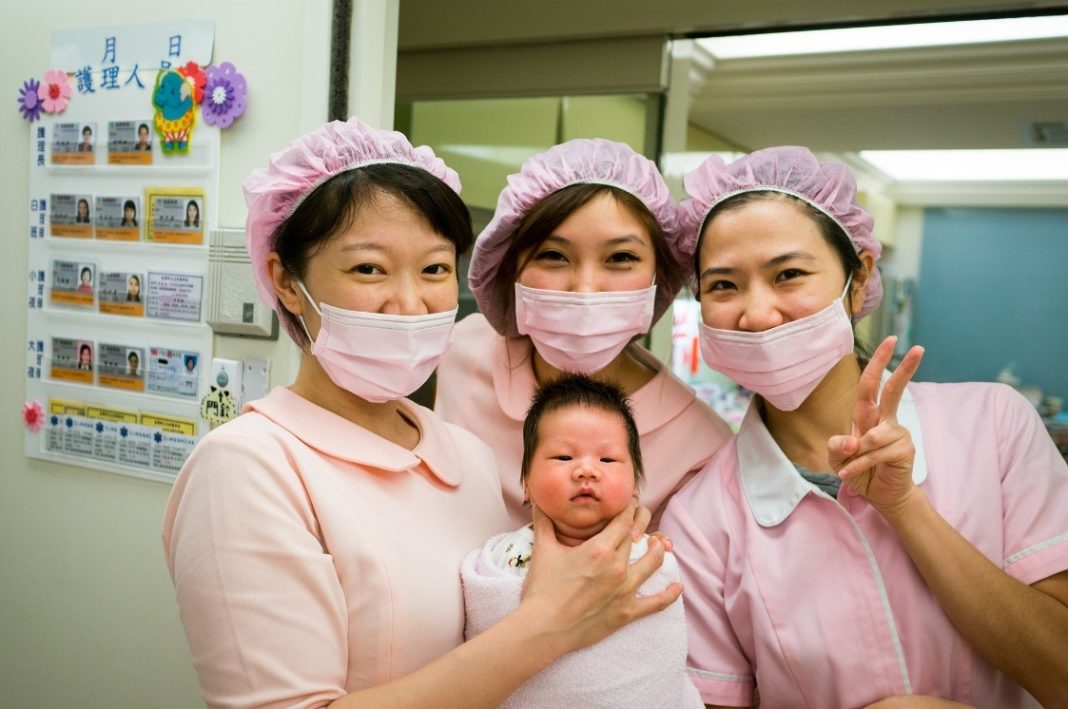 Do you know that International Nurses Day is just around the corner? Every May 12th, on the birthdate of Florence Nightingale, the world comes together to salute nurses and their contributions.

There’s no better time to shine a light into the nursing profession, so Digital Senior shares some insights we ourselves have gained while finding out more about nursing!

*While the first insight should really be about how Singapore celebrates Nurses Day on August 1st, instead, the more (celebration) days the merrier, we say! So that doesn’t count. (;

Think ‘nurse’ and one of the first adjectives to come into mind would be ‘woman’.

Often, it is surmised that nursing is a woman’s job because of the care-giving the field revolves around. If you are one of those that thinks this way, you’d be surprised to know that men have had a place in nursing since the olden times.

Up till the 19th century, men (largely without formal training) had a huge involvement in caring for the sick and infirmed—volunteers and ‘orderlies’ could be found caring for those on the battlefield,  as well as in religious orders, for example[i].

In the early 1800s, those caring for the ill in Singapore’s (then) General Hospital comprised of forced convict labour, fellow patients and servants. This all-male roster remained the status quo for a while, even after the General Hospital had opened its doors to female patients. It would take over a decade[ii] before the first female attendant would be accepted into the Medical Department!

Where did all the male ‘nurses’ go, then? We’d explain further, but that would take a long dive into history…

Much credit can be attributed to Florence Nightingale and the advent of what is considered modern nursing, for the huge shift nursing took to become predominantly women’s work.

Changes have been afoot, though! There has been an increase in male nurses over the years, both in Singapore and throughout the world.

In Singapore, the total number of nurses is slowly rising, as well:

(Figures are taken and derived from Singapore Nursing Board’s Annual Report 2016. These figures are not inclusive of the nursing student population!)

Reasons for joining nursing? Interest and passion are common reasons. With stronger support schemes and an increasing need for nursing manpower, more are sure to follow suit.

Nursing is not simple work: often, what’s running through a nurse’s mind is stuff that requires lots of brainpower and training.

Day to day affairs include knowing which drug would react adversely with another (pharmacology). With so many types of drugs out there and so many confusing names to know — Oxprenolol, Celiprolol, Carvedilol , I’m getting confused already—being unclear of what a drug does could potentially cause life-threatening effects. Sometimes, observant nurses even correct doctors if they order medicine that’s not suitable for their patients!

In fact, nurses would have you know that they do more than carrying out the doctor’s orders. Much of their work is independent. Nurses not only listen and advocate for their patients’ welfare but also educate patients, and their families, on the treatment and management of their health conditions.

The manual labour often attributed to them (cleaning up and after patients, lifting them up from beds) is only but a fraction of their duties.

There are also many different types of nursing. Hospital nurses can be found in every department: geriatric, oncology, emergency (triage), the list goes on.

We also have community nursing. Community nurses provide care to patients, mostly in the domestic setting, which includes services such as palliative care and health education. Most community nurses work alone during home visits, for example, and have more medical autonomy in the planning and implementing of care measures for their patients.

So, a nurse is most definitely more than a doctor’s sidekick!

Nurses actually have multiple career tracks and advancement opportunities that they can explore!

They can choose to supervise a nursing team and pursue the management track, handling duties such as inventory maintenance and department budgets in the process. They can also, if keen on imparting knowledge and skills, embark on the education track and help to mentor and coach nurses and nurses-in-training.

Interested in research? A nurse could decide to become a nurse researcher too!

To assume these roles and greater responsibilities, nurses are required to further their qualifications. To become an Advanced Practice Nurse (APN) and perform duties such as managing common medical conditions, as well as running clinics independently, a nurse is required to read a Master’s Degree in Nursing.

There have also been moves to develop the nursing profession here. The role of assistant nurse clinician was formed in 2015, with roughly 400 senior staff nurses being promoted to the position[iii].

The nursing profession is also developing in response to the anticipated changes to Singapore’s healthcare needs, particularly our rapidly aging population.

Anticipate rising demand for nurses focusing on community and transitional care, as the Ministry of Health aims to make home care more accessible and affordable[iv]!

Much fields, many options??

Nurses are important to society and without them, it would be hard for our healthcare needs to be met. We salute all the nurses working out there and thank you for your care! Happy International Nurses Day! If you’re exploring the possibility of becoming a nurse, PSB Academy has specially organized an upcoming talk on Nurses’ Day to share more about the profession. You can also check out our list of courses here!