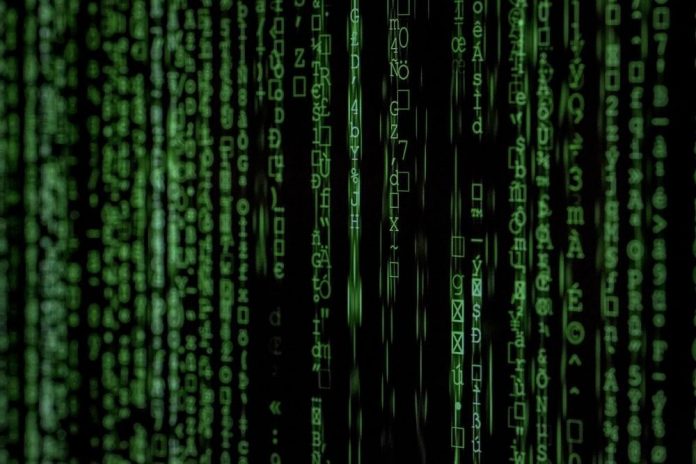 If you’ve been on the internet over the past couple of months, you would probably have heard of the metaverse.

Like, everyone knows Facebook changed its name to Meta (short for metaverse) in consolidating their transition as a metaverse company.

One after another, companies are talking about ‘going into the metaverse’. It’s like this next big frontier that everybody’s going into! And if they don’t, they’ll become obsolete sooner rather than later!

Really, what’s the hype all about? Is the world going unhinged? This is just some bizarr-ish random fad, right? Some new-fangled thing, not gonna last?

Okay, here’s the thing. Ever since the industrial age, technology has been progressing rapidly. The internet only became mainstream at the start of the new millennium, and yet see how it is an inseparable feature of our daily lives today.

The metaverse is viewed by futurists as the next natural stage of progression.

To be sure, there are surely many who’ve just jumped onto the bandwagon for a quick buck. However, to true believers, the metaverse is the future, as simple as that. Basically, it is to present us what the internet was to us those 20 years ago.

What is the metaverse vision and why is it so attractive? Now, the vision for the metaverse surely differs amongst people, but I will obviously share what I think makes the most sense. Tune in and enjoy the ride! 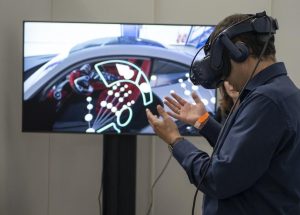 The core driver of the metaverse is none other than the technology known as virtual reality. Right now, this still comes in the form of bulky headsets that are strapped to people’s heads, the most popular of which being the Meta Quest 2 that is priced at $299 USD. (Personally, I pre-ordered the Quest 1 at launch and it cost even more…)

The essence of VR is none other than the simulation of reality. Consumers could tend to see it as more of a gaming console, but it truthfully has broad applications. For instance, in the medical industry, VR is used to simulate surgeries and such in the training of professionals. Like wow.

The grand vision of VR, the tantalising dream that so stimulates the mind of us VR evangelists, is none other than 100% simulation.

Ideally, at the height of VR, it should not feel much different when one is in a virtual, simulated world from when one is in the so-called real world.

Here’s a litmus test. If the day comes when people would just as happily travel to a created VR world rather than the ‘natural’ world for tourism, VR would more or less have achieved its full potential as a technology.

That would naturally require simulating and recreating the stimuli of all five senses, including taste and smell which are a bit overlooked now. So companies like Meta aren’t working on this right now, but it’s a natural step towards achieving VR’s full potential and thus definitely something that people would look into.

Some examples of companies which have experimented with this are Ubisoft with its literal fart-emitting Nosulus Rift and Vaqso Inc which can supply five scents at once with its Vaqso VR scent device.

When the incorporation of all senses is achieved, one would literally be transported to another world when entering VR… kind of feels like mind uploading if you think about it!

Right now, VR is still in its stages of infancy relative to the metaverse. Rather recently, Meta opened up access to Horizon Worlds. It’s basically a social VR platform where up to 20 people can hang out together in a virtual space. That, according to metaverse futurists, will be the primary mode of social interaction someday.

Before that, though, VR must become better able to simulate such that the VR worlds feel realistic. It must get rid of the bulkiness of the console. You must be able to overlook its presence, much like you would a pair of spectacles you are wearing…

Still, one would probably do well to never underestimate the rate of technological progress. Just look at how astonishingly the world has changed over the past two decades!

The power of simulation 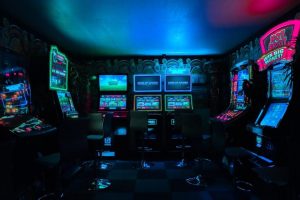 The promise of the metaverse is one of infinite worlds.

Think of your favourite fictional worlds. Virtual reality could simulate all of that and transport you there.

Consider video games. If you think about it, they too share this function known as ‘simulation’. They simulate fictional scenarios that challenge your faculties, create whole new worlds for you to engage with. These enrich your life beyond measure and can also improve some other skills such as reaction time or decision-making.

Virtual reality basically promises the same thing, except with greater physicality and immersion. What used to be right clicks and button-mashing will be replaced with actual, precise movements. You’ll literally be the protagonist of your own story.

The next great enabler, virtual reality would pave the way for yet more once-impossible epics.

And here’s the juicy part.

Right now, the resources in the natural world are skewed towards the more affluent countries. If everyone in this world lived like the average American, we’d need 4.8 planets worth of resources to sustain it. On the other side of the scale are those poorer countries that have terribly little, where everyone is just plain suffering. Basically, it’s a zero-sum game.

But what if resources were simulated rather conveniently out of thin air, as opposed to being mined from the earth?

Very recently, Meta unveiled a technology that allows people to craft VR worlds with just their voices alone. Just imagine. In the future, anyone will be able to enter the metaverse and just create anything they want. Like, their imagination’s the limit.

Our current societal system and economic progress? Hey, it’s just logistically impossible to provide everyone with good stuff — well, without VR, that is.

In the natural world, we distribute our resources such that everyone has the basics covered (VR access included). In the VR world, why then, we can technically just simulate excess for everyone. It would really be as simple as a click of a button.

As the great social leveller, VR has the potential to eliminate the zero-sum game and allow everyone to enjoy the good stuff without overloading earth’s resources. Such is the power of simulation.

The end of history 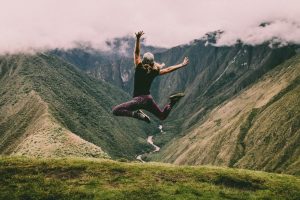 Think of humanity as being on a cosmic journey throughout time.

We started out as a hunter-gatherer society. We were mostly agricultural but some people started to do crafts. Human settlements were built, kingdoms rose and fell.

Industries and the modern city-state arrived alongside capitalism and technological advancement, and so did wage-labour begin.

Human beings work because what would we be doing otherwise? Staring into thin space and drooling? No! We have to do something. We’ve got to spur progress to secure better living conditions for ourselves! That is what we’ve been doing these past few centuries.

But where is it that these technological advancements will ultimately lead us?

Futurist billionaires are always looking beyond the status quo to project what may be.

Elon Musk believes that AI and automation could end up taking away most of our jobs, making a Universal Basic Income (UBI) necessary. Interestingly enough, Meta’s Mark Zuckerberg is also a supporter of UBI as he thinks that this will ‘give everyone a cushion to try new things’. For had his father not been a dentist, meeting his basic survival needs, he would never have had the freedom to tinker around and start Facebook.

Many around the world have no choice but to work hard for their very survival rather than derive deeper meaning and fulfilment from their work. But what if work became obsolete? How does survival ‘happen’ then?

These are all arguments for a systemic overhaul to where there is this basic safety net for everyone. This would eliminate the basic survival concern for humans. Also, here’s where VR could step in.

Work is but a single pathway through which one can derive fulfilment and joy in life. Let’s be honest and admit that it can only provide inspiration and meaning to some.

Enter the metaverse with its infinite worlds. What comes to mind? One possible interpretation is none other than the word: Freedom.

With VR, we would be able to redirect the fulfilment in our existences from work into hobbies, adventure and joy. There would be no need to play the rat race any longer. Assured of our existences by virtue of our birth, we would explore the world like free spirits, the infinite worlds of the metaverse.

Competition and whatever would start and end in the metaverse. Meanwhile, the natural world would be off-limits with everyone assured of their fundamental rights. Think of how we look at cavemen now. Eventually, the present us would be the new cavemen. The present us who are in an endless cycle of competition and status, versus these future descendants for whom living is about living to the fullest.

A world where peace and stability are the baseline and atop that, human flourishing.

You could call this ‘the end of history’. 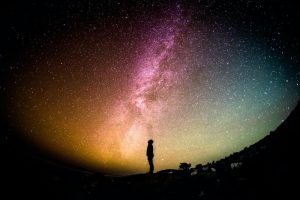 Presently, for instance, a lot of the hype surrounding the metaverse is based around cryptocurrency and NFTs. More specifically, there’s a lot of speculation and trying to get rich quick.

But if you look beyond that, this future technology also has the potential to create an ideal, egalitarian world far surpassing today’s modernity.

And if you want to try to ride on the trend that is the metaverse, here’s what I think if it isn’t clear already. Don’t waste your time on things that have no real value and are just fads. Invest in those future technologies, the companies that are investing into them. Some of them may prove irrelevant in the long run, but it is surely from them that the key disruptors/innovators will emerge.

8 characteristics of the multipotentialite tribe which lives to the fullest