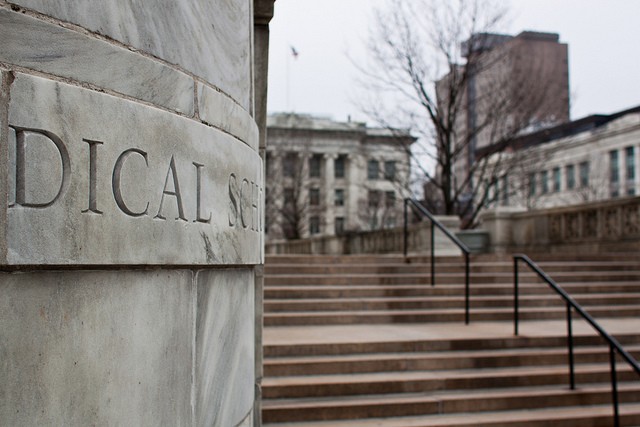 All roads lead to Rome.  If you are thinking of becoming a doctor in Singapore, the paths leading to “Rome” are more than one. There are 3 medical schools for you to choose from, each with its unique offering. Though all of them may lead to the same thing ultimately, there may be one path on which you will enjoy your journey the most. Not necessarily because it is shorter, or the road toll is lower. But more because of the landscape you will encounter that you will like the most.

One of the starting points of your journey is called the NUS Yong Loo Lin School of Medicine. It offers an undergraduate program of 5 years, with its affiliated hospital being the National University Hospital that is right outside the NUS campus. It has the largest intake, admitting more than 300 students per cohort. Being the oldest medical school in Singapore, it also has the widest industry contacts where students seeking exposure and working experiences can benefit the most. With the branding of the school and its rigorous curriculum, competition has been the most intense among the high school graduates.

Furthering the aim of making Singapore a medical hub of South East Asia, NTU sets up its very own undergraduate medical school, the Lee Kong Chian School of Medicine. The first intake started in 2013, admitting around 50 students and aiming to increase the cohort to 150 eventually. The school partners with the National Healthcare Group, a leader in public healthcare in Singapore.

The reputation of the school rises up quickly. Pairing up with the Imperial College London, the School offers curriculum that is adapted from the world-renowned UK institution. Unlike the NUS degree that is based on local education pedagogue, the NTU degree gives an experience with a UK twist. Upon graduation, you will receive a degree jointly awarded by both universities. As you can see, this new comer in the medical education scene is not to be ignored.

Duke-NUS: A Medical School for the Graduates

Not sure if you should pursue a degree in medicine right after your high school? Or missed out the chance when applying for universities but still think that doing medicine is the call of your life? Don’t worry. Now you can apply for the Duke-NUS Graduate Medical School. The graduate school is very different from the two undergraduate schools. In terms of intake, Duke-NUS only admits students with a bachelor’s degree, meaning only those who have completed their universities and wish to pursue a study in medicine. Though it opens applications to all disciplines, preference is given to students with relevant academic backgrounds, such as chemistry, biology or life science.

As its name suggests, its 4-year curriculum follows a US-style education, while partnering with the Singapore General Hospital. The curriculum includes an MD program, MD/PhD program and PhD program alone. While the two other schools train clinicians, Duke-NUS has a research scientist twist in its education aim. Its cohort is also relatively small, admitting 56 students in 2013. As it is a graduate school, its tuition fee is noticeably more expensive than the other two undergraduate schools.

As you can see, the two undergraduate schools actually offer similar curriculum. Even their application processes are similar. Though the format of testing may differ, they test essentially on the same things: your interest in the medical profession, your personal qualities of being a good doctor and your knowledge of the healthcare industry.  In that case, you can look into other factors for making a decision. The NTU tuition fee is relatively more expensive, while it offers a more close-knit environment with fewer students per cohort. Other factors may include the affiliated hospitals, specific professors and even locations and campus environment.

The Duke-NUS graduate medical school is for a different group of people. If you are still in high school and are not sure if being a doctor is something you really want to pursue, you can take a related degree in undergraduate study first and spend four years to explore further. The application definitely requires more conviction in your decision of pursuing the degree, as applicants are considered being more mature and better informed to make up their mind. As you may have noticed in its application requirement, one additional thing is that you need to pass the GRE, an internationally-recognized exam for students entering graduate schools. GRE puts greater demand on your English proficiency than you A-levels General Paper or equivalents (take a look at the required vocabulary list and you’ll know why). By now you should have a good overview of the three medical schools in Singapore. As we said at the start, all roads lead to Rome but some are easier than others. At this crossroad in your life, you need to make the first step in the right direction. Think carefully before you move.