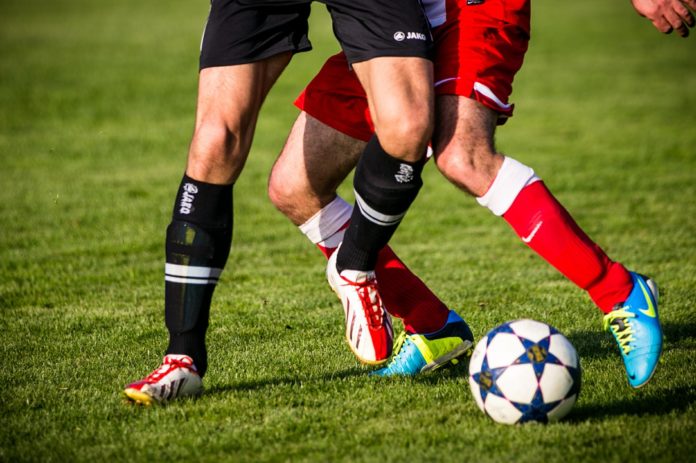 Ever since our beginning days (that’s 2014, by the way!), we at Digital Senior have always highlighted the importance of lifelong learning.

We’ve gone on so much about this that we feel like a grumpy parent who’ll nag you about something every morning.  Something quite like this:

Can you hear us yelling in the distance?? Surely you must!

But in a field where career stability isn’t guaranteed and early retirement is the norm, this is something of grave importance.

Any guesses which field (hint!) we’re talking about, yet?

It’s football, where many retire during what we’d consider the prime of our lives … finding themselves at a loss for what to do next. Even the biggest stars can find it hard to adjust after hanging up their boots, when football and a lavish lifestyle is all they have known from a young age.

Perhaps former Blackburn Rovers striker Simon Garner puts it across best. In an article from The Guardian, he shares how “it’s tough getting used to not playing football every day. You think you’re going to play for ever, but then you’re 35 before you know it”.

So this round, we’re bringing in the calvary and featuring someone who walks our talk!

It’s not every day you hear of professional footballers going back to school.

Why, then, is Fazrul (along with a few other colleagues) bucking the trend? We ask him why and he shares how this came about. It turns out that this was a decision a long time in the making, and studying sports and exercise sciences, a natural progression from his passion for playing football!

“It came to me five years ago when I started thinking about furthering my career after football”, he shares with Digital Senior.

“Due to the serious injuries I sustained during my football career, I felt the need to learn more about how to prevent and recover from them through the ‘Sports and Exercise Sciences’ course. Even as a player, I expanded my knowledge by reading about sports injury terminologies as well as taking my doctor’s recommendations into account during my own recovery process”.

After asking friends for recommendations, he eventually settled on PSB Academy.

The football aficionado is supported in his learning journey by a study grant, the fruits of a memorandum signed between the school and the Football Association of Singapore (FAS). It is available to all Singapore Premier League (SPL) players who enroll in a course with PSB Academy.

Going ahead, Fazrul hopes to “dabble in fitness training and eventually becoming a fitness coach”. Not only so, he would like to help young footballers understand the importance of fitness in furthering their football career. Sounds like a plan.

It takes a village (to raise a footballer)

A supportive environment was a huge reason for Fazrul’s journey into competitive football—his family is athletically-inclined and his father was a national boxer)—and remains key in Fazrul’s educational pursuits. It’s something he and fellow athletes studying at PSB Academy really need and are very appreciative of.

“Despite my busy schedule, the course is easy to commit to and accommodates my training needs,” he reveals, and packed his days are indeed: the father of three has classes at least thrice a week and heads for them immediately after his daily training.

Joining him are Muay Thai exponent Terrence Teo, who studies the same discipline, and para-athlete  Adelia Naomi Yokoyama, who won Singapore’s first ever gold medal in the Deaflympics in the bowling women’s masters event (2017). The latter credits PSB Academy’s “generosity in accommodating to [her] schedule”, as vital in her pursuit of sports and study.

The people Fazrul met at PSB Academy also help keep him going, with meeting people with interesting backgrounds (like yoga instructors) being something Fazrul enjoys.

“This experience has been valuable to me because it allows me to create friendships and bonds that may benefit me in the future, in terms of potential career prospects and business opportunities. It’s also opened my eyes to alternative routes I did not notice before in the sports industry”.

He doesn’t deny that it’s taxing, but he keeps the end goal and a positive mindset in mind.

We asked him if he had any advice for those who, like him juggle part-time work and study.  This is what he has to say.

“Time management is most important and it will be tough in the beginning, but you will get there”.

So press on, and if you have, like Fazrul, friends and colleagues undertaking the same quest, connect with them and lean on each other for support!

We’re wishing Fazrul all the best, and we hope his sharing will inspire you to never stop learning.