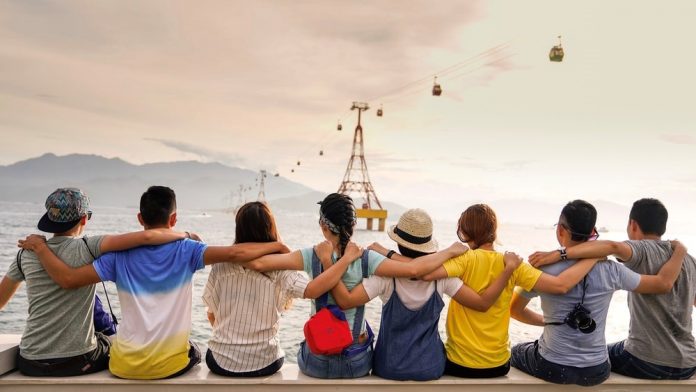 Did you know that a lack of social bonds gives you an increased 50% risk of dying, ceteris paribus?

No kidding. It’s literally a legit risk factor for mortality.

And well, it’s not only the result, but the process too. Being lonely sucks even as it hastens your demise. It sucks the life away from your world.

Did you know that Ministers for Loneliness exist? Japan has one. The UK, too. The problem of loneliness is a weighty one in the modern day, and this global pandemic certainly hasn’t helped.

Take students for example. They used to be able to enjoy themselves and have fun around campus. Yet the pandemic saw them switching to online lessons and having their co-curricular activities restricted, robbing them of chances for social interactions.

Some blame the pandemic, some blame social media. Whatever the case, Gen Z has actually been dubbed as the loneliest generation, as a quick Google search will reveal. Somewhere along the way, something went wrong, and meaningful connections aren’t being formed.

What’s ironic, really, is Dunbar’s number. See, according to this dude named Dunbar, we can only maintain around 150 relationships. This was organically the case in like early hunter-gatherer societies as well as 11th century English villages. And yet an effectively globalised world has led to this so-called loneliness epidemic.

…For those of us in less than ideal situations regarding our social networks, feeling sorry for ourselves isn’t going to help. And so, here are some tips for fulfilling this innate need.

If you want to get to know new people, the natural, obvious first step is to ‘put yourself out there’. For otherwise, you would be remaining stagnant — opportunities simply would not be able to present themselves. Next, it is important to remember that interactions must have underlying content. To be exact, when you talk to someone, it must revolve around a particular topic! You can think of this as social firewood.

One thing that some people do is download apps that allow them to talk with other people. Yet this sometimes backfires for the very reason that there is nothing for them to talk about. It’s just pleasantries and surface-level stuff as there’s no way to randomly open up and form a deep connection with a random stranger online. So it fizzles out, as simple as that. You feel empty. If your interests are niche, the chances of this are higher.

Here’s a neat strategy. Like taking a class, work on something you wanna do which also allows you to meet new people. One, even if you don’t make any new friends, you’ll still be plenty fulfilled from that activity itself. Two, this increases your content as a person aka social firewood for future bond-forging, and who knows? You might actually kill three birds with one stone and truly make a friend or two in the process.

2: You cannot force people to be interested in you 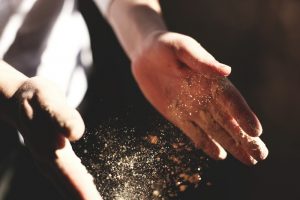 Here, there is this self-fulfilling prophecy where you emit your loner vibe which you’re used to and they read that loner vibe and interpret it as what you want, not what you’re stuck with. The only way to overcome that is to actually talk to them, without which there is no way for them to know how interesting you are and thus be interested in you. Well, if they’re seriously not interested in you, just think of it as their loss. You lose nothing.

Friendship does not happen immediately. People have to spend a certain amount of time with one another first. According to research, it takes about 40-60 hours of time spent together to form a casual friendship, 80-100 hours for the promotion to normal friend and 200 or more hours to become good or best friends. You can think of it like consolidating the foundation of the relationship.

It is for this reason that it is easier to make friends in school or even national service. When within those structured systems where you naturally get all those hours with those people, you get all the necessary preconditions for friendships to be formed. What is going to get friendships actually solidifying then, really, is how well you vibe with one another.

However, what about when you lose these structured systems which allocate your time together for you? Well then, you yourself have to make time to create these bonds. All while maintaining those current, healthy ones in your life, of course. Friendships need investment, all of them. And if you haven’t really got any, why then, think of it this way. Since your obligation list is empty, there’s so much more capacity that you can invest.

4: You cannot fast forward what is organic All the same, the one thing you cannot do is rush. Let’s say you spent some time talking to someone today whom you think you could potentially click with. Yet, you feel like that conversation didn’t really bring the two of you closer together. It could have gone better! Still, what can you do? There’s no ‘redo’ button… Here, you should really consider this: Can you seriously expect every single interaction to tangibly deepen your bonds?

Obviously not. It’s more of an organic accumulation! Be satisfied with the progress you’ve made and save the relationship-deepening for future days. Even if you flail about, struggle, kick yourself over it, seriously, nothing would change. No, your interactions today are over, you hopefully did the best you could and you should feel proud of yourself. Besides, if your compatibility truly is there, your friendship will surely bear fruit eventually regardless.

Moreover, you probably made a better impression than you thought you did! According to a recent paper published in the Journal of Personality and Social Psychology, people often underestimate themselves as conversationalists. While they expect to run out of things to talk about and have things turn awkward, they generally enjoy conversations the more they talk. They think that they were perceived as boring, but they were not.

Oftentimes, friendships may fade when people leave those structured systems that are conducive to social interactions. While it’s true that they may vibe well, they simply don’t keep in touch anymore. Here’s the thing. It probably takes fewer hours to revive an old friendship than to birth a new one from scratch. Its foundation was already built, and probably is still intact unless you had an actual falling out. I mean, it’s always an option.

As for new friendships that you’d like to build, it could be the same. Maybe you met up and talked before, and you vibed well, and you think they’re a nice person and okay to potentially get to know further. However, you just haven’t been talking to them since then. Also, they too haven’t been talking to you. Hey, you shouldn’t just assume that they’re not interested and see it as a lost cause!

You have a life and have had things going on, hence they’ve not really come to mind for you. Well, it’s probably the same for them. They also had stuff going on which you did not feature in, and thus you weren’t brought to their attention for a while. Hence, as neither side contacted the other party, you just let it end. Hey, it’s baseless if you seriously think: they won’t like/have time for me! Applies for old AND would-be friends. This one is more for those who never really had much success socialising before. You may try to form new relationships, but it’s really utterly foreign to you how these things happen! Naturally, you’re not very successful at it, and you might feel like giving up at times. Hey, you tried! You put yourself out there! But it’s just not working out!! Do you effortlessly smooth people know how exhausting, how brittle that makes us feel?! So seemingly unworthy?

It’s sad. After a disappointing experience or two, we go in already believing that most likely nothing will come out of it. Despite technically moving on to the next experience, we find ourselves robbed of motivation, pessimistic, our pain receptors already flexed and ready to wail. Withdrawing into an inwardly despairing shell, you lose your ability of self-expression, to happily express your authentic self which would attract others to you!

See how this awful self-fulfilling prophecy works? Where others were so blessed, so fortunate with their relationships, you weren’t. Thus, negativity is kind of amplified for you as perceived rejections sear your wounds like a poker. Do yourself a favour and just concentrate on having fun in the moment. Don’t become distant, stiff and inhibited whilst secretly bleeding inside! You’re misrepresenting your awesomeness!

7: Remember stuff about them

The underlying factor behind true friendship is genuine interest. People who approach others because of some hidden motives are just shady and weird. No, that’s not you! You would seriously like to know them better and forge a deeper connection with them. And that’s why you seriously take an interest in them and listen to what they have to say. And that, people, is social firewood.

Let me give an example of a friend I last met one or two years ago, who doesn’t like to keep in touch. I remembered from our previous conversation that he likes fishes and plants and stuff as a hobby. And so when I gave a hi message recently, I asked about that, and he said he has a new goldfish pond in his balcony or something. Now… what if I hadn’t said that? Well, it’d probably have been more awkward, insincere and distant.

As I mentioned earlier, when you talk to would-be friends, you need stuff to talk about. You probably would have read this somewhere before, but stuff that they’re interested more in makes for great ammo. They’ll be able happily go on and on about it and you’ll be able to feed off it and have fun too. So, it’s best for you to seek out that kindling and remember it well.

8: You cannot be doing all the work yourself 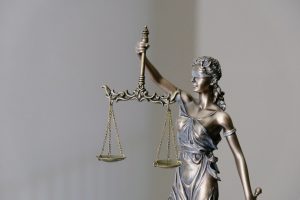 Some people are seriously kinda terrible as friends. They only show up when they feel like it, when it’s convenient for them. The rest of the time, they’re always MIA. The most important thing in a friendship is that you need two hands to clap. Sometimes you give, sometimes you take. If you find that you’re always the only one putting in any effort into the relationship, it might not be worth it after all.

Some people say that it is only in times of need that you can see who is truly your friend. Others are just fair-weather friends. An ideal friendship is one in which just as you are genuinely interested in them, so are they genuinely interested in you. There’s trust between you and they’re not only being in your company because they’re bored and you’re nice to be with. It’s because they want to build a stable, long-lasting relationship.

Just like anything else, friendship is something where having put in the effort, you should naturally see the results. Long-suffering not-by-choice loners, unite! Work at it and shed the scourge of loneliness today!