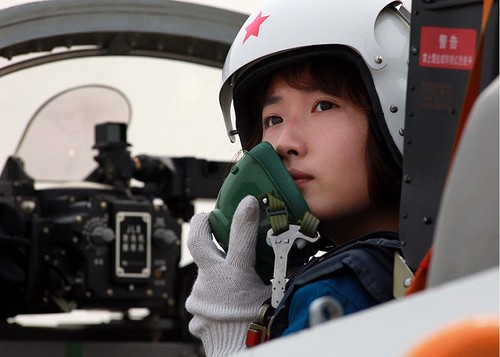 The job of an airline pilot is no doubt extremely rewarding, exciting and glamorous. But what is the procedure to become a pilot in Singapore? As far as the job of a pilot is concerned, it is much more than simply submitting a resume and getting a job offer one fine morning. Apart from fulfilling certain mandatory requirements, an aspirant has to work hard and possess a lot of dedication.

Things to know about Becoming an RSAF pilot

The basic requirements to become a pilot with the Singapore Military Air Force include the following:

All who join RSAF as trainee pilots are required to sign a contract or bond of 10 years and have the provision for working until they are 50 years of age. The starting salary for cadets is SGD $2,500 and on obtaining Wings, pilots can earn up to around SGD $3,500. Extra benefits include flying allowances and pilot allowances. Within 10 years, a pilot attaining the Captain or Major rank can draw a salary of more than SGD $10,000 per month. Again, a senior pilot of the rank of LTC can receive over SGD $15,000 of salary per month. Disclaimer: Figures provided above are ballpark estimates as salaries are often adjusted

To become an RSAF pilot the candidate has to go through a rigorous selection process involving three stages. The first stage involves the 5-hour Computerized Aptitude Selection System (COMPASS) test, which evaluates areas such as spatial awareness, multitasking under stress, psycho-motor skills and decision-making ability. Candidates who are successful in the COMPASS test have to go through the second stage, which involves an interview with the Pilot Selection Board, comprising of a panel of around 4 RSAF officers. The main aspects assessed in the interview include leadership qualities and the candidate’s interest in becoming an RSAF pilot.

The last stage of the selection process includes aeromedical checkup, wherein the candidate’s medical fitness along with the capability of functioning in unnatural surroundings is evaluated by aviation doctors. Upon qualifying for all these levels, the candidate gets selected and begins BMT (Basic Military Training).

Joining SYFC (Singapore Youth Flying Club) is highly recommended for those who aspire to become RSAF pilots. You can become a part of SYFC while you are still at school, and this can replace your obligatory CCA in school. The SYFC has close connections with the RSAF and if a student manages to obtain a private pilot’s license, the road to becoming a pilot becomes easier.

A Singaporean male student has to enrol in National Service following completion of pre-tertiary studies. RSAF recruitment talks are carried out during the initial three months of BMT. If your dream is to become an RSAF pilot, grab the opportunity and talk to the recruiters about this!

For those who successfully enlist as an RSAF pilot, do try applying for the SAF-Merit Scholarship! It’s available to both locals and PRs and will cover your tuition fees for up to 4 years as well as provide you with a monthly salary throughout, among others. Competition is tough but there’s no harm trying. right? Check the details out here! Procedure for Becoming a Commercial Pilot

The RSAF is undoubtedly the first choice for those aspiring to become a pilot in Singapore. However, if you fail to qualify for the RSAF, there are indeed chances of becoming a commercial pilot. First of all, you need to get a medical examination scheduled with a selected medical examiner.

Following this, you are required to apply for a Student Pilot License offered by the Civil Aviation Authority of Singapore (CAAS). After this, an application can be made to join some of the flight schools present in Singapore, such as the Singapore Flying College or the Seletar Flight School. One can get trained for joining the Singapore Airlines Group (if you are a successful candidate with SIA, your training is fully funded).

With the help of a Commercial Pilot License, one can become the co-pilot and the Pilot In Command of a multi-crew aircraft and single-crew aircraft respectively. The required criteria are the following:

However, it should be noted that job openings for commercial pilots are very rare in Singapore. Moreover, when it comes to commercial pilot recruitment, there are a number of applicants who are RSAF retirees. Since they are already trained and have accumulated extensive flight time, their chances of getting hired are really high.

Note: Aspiring Singaporean female pilots, there is a scholarship from Revion Training School that you can apply for to help defray expenses! (caveat: it is only tenable with Revion Training School). It covers tuition fees, CAAS Examination fees, ATPL iBooks as well as a navigation computer. We’re not sure if it’s only a one-time thing, so do check back regularly!

If you want to fly an aeroplane badly but have exhausted the above 2 options to no avail,  consider taking a private pilot license instead. The downside is that you will not be able to bring a hundred people with you to the sky. If a commercial pilot is a bus captain, then a private pilot is a car driver. Okay, not exactly the best analogy… but you get the idea. With a PPL or Private Pilot License, the holder can fly as the co-pilot or the PIC (Pilot in Command) of an aircraft registered in Singapore, not for reward or hire, but those aircraft categories which the license endorses.

The following criteria must be met by the applicants:

So, if you are a student aspiring to fly high in the sky while taking the responsibility of guiding others to their destination, it’s time to get your pilot’s license. The RSAF is the most coveted opportunity, but if unluckily you didn’t manage to make it, do not despair. You can always fly high by becoming a commercial or a private pilot. 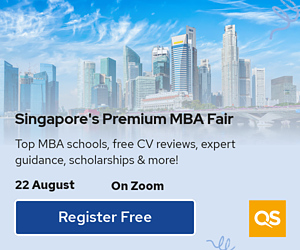 How to Choose a Private University in Singapore