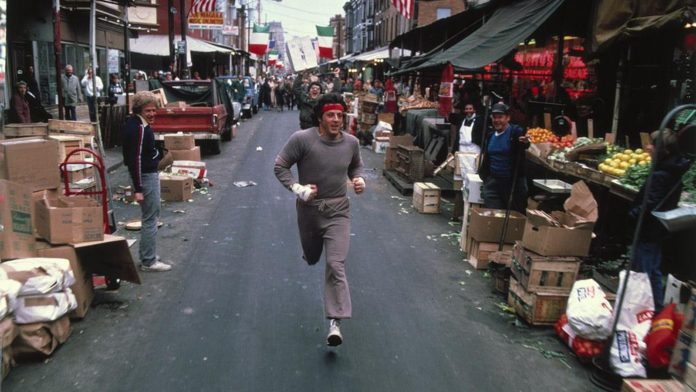 Uni is not exactly the place for self-discipline. We habitually skip lectures, ignore unimportant assignments, and lower the bar for important ones to meeting the 23:59 deadline. Maybe we even spend a sizeable amount of time hunting for potential partners.

Sure, we get out alive. But can’t we do better? Commit to our studies, projects, ccas, job, while staying sane? Become more disciplined and achieve our long-term goals? Here’s how.

Plan for your future. What do you want to do for a living? What do you have to do to get there?

I eschewed planning in favour of “following interest”. Which sounds logical, but interests can be many and unrelated, distracting you from your career plans. Dabbling in dance and singing in a band were really fun, but so time and energy-consuming that I neglected my studies. Looking at the dancers around me who seemed to have everything under control, I thought I could do it too.

I ended up with less-than-stellar grades because I just didn’t have the energy to focus on studies.

(With SUs in year 1, aim to get that CAP up! It’ll make life easier in the next few years, as the difficulty level of mods increases.)

My mom advised me that uni’s not the time to be trying out new stuff, but to start working towards my career.

Studying a course with no clear career path, I tell people I’m “keeping my options open”. But narrowing down is important. I felt so lost and my answer was to get an editorial internship to start figuring out what to do with my life.

Over a month later? I’m starting to adapt to a start-up work environment and a new kind of writing. I’m getting a better sense of my strengths (honesty) and weaknesses (logical flow), what I like (creative freedom, the chance to improve my self-discipline and productivity) and don’t like (lost freedom, repetitiveness, high productivity demanded). I’m getting stronger and better at what I do.

It’s one thing to say “I don’t know what to do with my life” and another thing to try to figure it out. Do your research on industries and role models of interest. Get to know your options. Meet a career adviser in your school. Go to a career fair. Take on internships. When you start visualising your future and making it happen, you’re right on track to making decent life decisions you won’t regret.

2. Make decisions that are right for you

The discipline to say no to FOMO (the Fear Of Missing Out) is underrated. Where’s the harm in trying? Well, you get tied down by commitments you have no real interest in.

Being easily influenced by those around me, I often waver between #goals. I would watch a breathtaking dance performance and want to be a dancer, watch a mindblowing movie and want to be an actress, watch an SAF women’s army vid and consider signing on. I read Ayn Rand’s Fountainhead and considered becoming an architect, like Roark. I read Hanya Yanagihara’s A Little Life and considered doing law or math, like Jude. Math. I applied to Arts, Law, and biz.

It’s like there’s no line in my head separating Realistic, Achievable Goals and Daydreams. I asked myself: Do I want to join the army to look cool? Do law for the repute? Or is it genuine interest driving me? Apart from not qualifying, I couldn’t see myself in those fields.

I have a 90-rank-pointer friend who didn’t do law or study overseas though everyone else was doing or suggesting it. Instead, she stuck with her calling: teaching.

The FOMO won’t last you very long. Be honest with yourself about what you want. Why you want it.

Make your decisions for the right reasons.

What’s right is up to you to decide – it’s your life. By all means, choose a practical uni course, take up leadership positions to build your portfolio, or live by the mantra yolosweg hypebeast – if it’s what your heart wants.

Be strong within yourself and who knows, you might just end up being the influencer instead of the influenced.

A few students at the NUS Yong Siew Toh Music Conservatory had the crazy idea of making a musical. So they signed up for the NUS ExxonMobil Campus Concerts. One wrote a script based on the Seven Sins. They grew to an eight-person cast, then roped in a stage manager, a production crew and dancers.

But the dancers pulled out last-minute. “Envy” and “Pride” had to look elsewhere for replacements. Clashing schedules and an overworked, ill choreographer meant the dance sequences were incomplete. The cast often forgot lines. The team pulled through. On show day, after months of rehearsals, everyone was standing by when “Glutton” lost his voice. There was no way to replace or go on without him and they considered cancelling the first night’s show. People were near tears, fighting over the decision.

Just as it looked like the first show was going to be called off, someone had an idea. Acting quickly, the musicians transposed the music to a lower key that the unfortunate “Glutton” could reach. The show went on. It was a huge success.

FIX, an original jukebox musical about a prison therapy group session, was the brainchild of a group of dreamers and doers. They turned their dream into reality.

Maybe an idea is brewing in your head, but it looks too big, too daunting to bring into the world. If you don’t try, you can’t fail, right? But neither will you succeed, or grow at all. As long as you stay put, your dreams stay dreams.

It’s the bravery to make mistakes and risk ridicule that gets you where you want. Put your ideas to work! Break them down into concrete, actionable steps. Do your research. And get moving. 4. Lean on your lifelines

What is your source of joy? Whose company do you feel comforted, energised and rejuvenated by? Who makes you want to be better? Make sure you power yourself up for work by spending quality time with these people. And cut out those you don’t feel good around.

After As, I worked full-time at a telco company for five months. The main reason I live to tell the tale, is the three other JC grads who joined the company at the same time. We lunched together every day.

Suffering together is infinitely better than suffering alone – mutual support with friends will tide you through the toughest challenge. Even if you’re not in the same boat, making it a point to unwind with friends will keep you afloat.

The opposite is true too. You feel way worse studying for an exam when you see everyone partying like there’s no tomorrow, having ended finals. It will always look like others have it easier. Look away!

Last Sunday evening at East Coast Park’s Killiney, I was struck by the cashier, who was having fun on the job and joking with my family. We held up the line with our order and he kept apologising to the waiting customers. Who shows that much enthusiasm at indecisive customers and a long line?

Oftentimes, it’s not that other people’s lives are so fantastic; they are just making the best of what they have. We can be like the Killiney guy. Killin it wherever we are.

One thing I’ve had trouble with is putting things in perspective. Having a myopic view of my life, I find it hard to see the light at the end of the tunnel. Exams seem like they’ll never end. Neither does work, deadlines, or every extra project I take on. Why did I sign up again? I just want out. Quit this cca, that job, change course and I won’t have to deal with them anymore, right?

Wrong. Next cca, job, or course I get, I’ll run into the same problem – my lack of grit. The cycle repeats. Do this enough times and we’ll grow weak and whiny, giving up what we signed up for at the slightest setback.

When caught up in a flurry of stress and anxiety, zoom out. Look at the long-term. Remember why you’re here.

With your goals in mind, make a habit of sticking to your decisions. Don’t allow yourself to quit. Deal with your problems instead of running away from them.

Look, it took Lin-Manuel Miranda seven years to write the Hamilton musical, and a year to write the song ‘My Shot’ for it. Like you and I, he gets sick of writing after five essays. His mentor told him his idea would never work. But day after day, he went back to it. The result was nothing short of magical.

If we could follow through with our projects for seven years instead of abandoning ship when we get tired of them, what might they become? Actually…complete?

According to the Harvard Business Review, the key to motivation is progress in meaningful work.

The endless stream of assignments, when seen as a stepping stone to your future, takes on new meaning.

Start a positive loop of making progress, feeling better, and so making more progress. Prove to yourself that you can focus on this assignment (and not leave halfway for a Netflix binge) and conquer that workout. Minor milestones go a long way. To become more disciplined, balance is key. Explore interests while planting seeds for your career. Take on only as many projects as you can fully commit to. Support and lean on your friends. And remember – how you spend your days is how you spend your life.