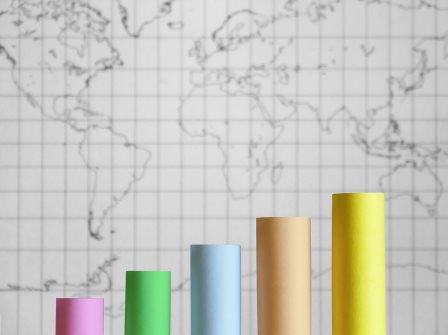 Do you really understand the GPA system?

For the non-polytechnic students, ‘GPA’ may be a new term that you pick up after entering university. Like many other universities globally, the six local autonomous universities here adopt a Grade Point Average scoring system, where a student’s academic performance is reflected as a number—the higher it is, the better.

Knowing the importance of GPA, Digital Senior would like to introduce you to the grading system and, if any, differences in the six universities where strategies of getting a high GPA may differ in some important way. Interested in knowing how to stay ahead of the game? Please read on!

Generally, NUS, NTU, SuSS and SIT have similar grading methods. The maximum GPA is 5.0, corresponding to a grade A or A+ for a particular subject. This means that if you score A or A+ for all the subjects that you take, you will get achieve a 5.0 GPA in the end. While SUTD uses the 5.0 grading system as well, the university made revisions in 2017, making it such that students with A+ would be awarded a GPA of 5.3. Do take note of this!

Meanwhile, as the slogan of the SMU suggests, it is ‘a different U’, and the difference is seen in how SMU assesses students. The highest GPA score attainable is 4.0 instead of 5.0. Like SUTD, getting an A+ for a module in SMU actually gives the student an additional 0.3.

Should you fear the dreaded bell-curve?

You may have seen your seniors post on your social media newsfeeds (and maybe Reddit too) lamenting about their exams, and entrusting their fates to the ‘bell-curve’ god.

As far as we know, praying to the bell-curve god began as a humorous joke that soon spread amongst students. Do note that you won’t need to fear the dreaded bell-curve if you’re aren’t matriculating into NTU or NUS, however, as the other universities do not use it.

In NTU and NUS, the bell-curve is used only to moderate grades whenever necessary, and there is no cap on the number of students receiving honours classes. So you needn’t worry too much! Pulling up your average

If you are coming from SMU or SUTD, you should know that getting an A+ carries an extra reward. A higher-than-maximum point for one or a few subjects can effectively pull up your GPA that is essentially an average of the grades for the subjects you take. If you are particularly good at one subject or are very passionate about it, Digital Senior advises you to work extra hard for the subject so that you can aim for A+.

However, if you are coming from NUS, NTU or SUTD, getting an A+ is no different from getting an A, but to get the former you probably need to work much harder because as little as 5% of the cohort gets that grade. Hence, to maximize the value of your study time, Digital Senior advises you to aim for A and leave more time to pull up your weaker subjects. At the end of the day, it is about balancing your strengths and weaknesses.

The Magic of S/U

The last aspect Digital Senior would like to bring across is a special ‘opt-out’ option that is currently offered in NUS and NTU. It is students’ favourite S/U option. You can choose to convert chosen modules, subject to specific requirements, into S/U modules and you are only required to pass them. Your GPA won’t be affected.

(Currently, NTU, SUTD, and NUS also offer first-year students the option to set aside their grades. The number of modules possible varies: at SUTD, for example, this is only applicable in the first term. Similarly, students will receive non-letter grades that will not count toward their GPA.)

It is recommended that you reserve the precious option only for cases where you make a mistake in choosing a module that you know you won’t score well. Don’t just use it as a kind of insurance for laziness. Lastly, if you are taking a minor or a second major, then you should have known that you cannot use S/U for any modules that are required by the minor or the second major.

Let’s getting harder when you do it later

Regardless of which universities you are considering, if you look into specifically how GPA is calculated, you will encounter a term called CGPA (Cumulative GPA). Your GPA of the present semester is dependent on the CGPA of all your previous semesters. The final GPA, the one you will graduate with, is calculated cumulatively.

The implication of such a calculation is that CGPA towards the start of your university academic study, especially in your year one and two, carries greater weight in determining your final GPA. That is why we often see students who do not do well for their year one struggling a lot to catch up, while students who get a relatively high GPA face fewer worries when they go to year three and four. Digital Senior once knew a student who could graduate safely with a second upper even if he scored straight Cs for his last final in university. Do you want to have such peace of mind? If yes, work hard now instead of later.

If you continue to read till here, congratulations! That means you know how to work hard and also how to work smart. Understanding the system is the first step to working hard and Digital Senior wishes you all the best in your studies!