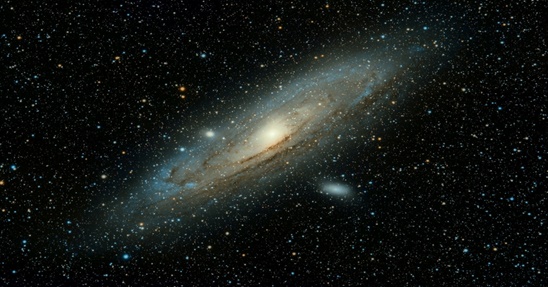 No, this article is not about Time Stones or Infinity Gauntlets. You won’t be able to rule over like, the dimension, time, by reading this. You are, after all, a mere human of flesh and blood. You will, however, be better equipped with the skills to withstand the tests of time.

Ever been dumped? Failed an exam? Gotten fired? Life is not a smooth-sailing ship, you would surely have discovered by now. Often, we find ourselves overwhelmed and it’s man overboard! But hey c’mon, take a step back and look at the ship from a meta perspective, for that will surely grant you a smoother voyage.

Ready? Let’s begin. Past, present, future — let’s go over them one by one.

The past consists of moments that are already behind you. Doesn’t take a genius to figure that out, right? But here comes the important part.

The key to dominating the past is to move on.

You don’t have to be a war veteran with PTSD to be stuck in the past! See, the thing about life, as you’d have realised already, is that things never really go the way we want. In fact, they sometimes end up streaking in the opposite direction.

How many times has someone said this to you: Get over it? What’s the standard answer? Well, even if you don’t verbalise it, you’d think: easy for you to say!

Hey. It hurts. I know. It should! It mattered to you, you know it did. And you can be proud of that.

But how long are you going to live in a shadow, in the shade of a has-been? 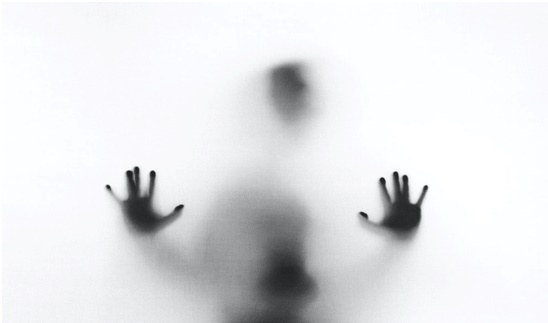 The lowest point of my life literally happened last year. Months spent languishing. Feeling a strong sense of rejection, I spent a long time feeling sorry for myself, my efficiency dropping to rock bottom. I kept wishing that something would change, but really just did the bare minimum in the process.

Eventually, the ground broke beneath my feet and everything shattered. Well, not in a literal sense, obviously. But eventually I had to do something about it and get back on my feet. It was a slow and excruciating process, but I refused to waver and climbed back a step at a time.

The worst single thing you can do is languish.

Here’s a fundamental principle of time which is true for you only — your lifespan.

Some of us tend to lapse into inactivity, just wishing that things would be different. But what if they don’t change? Will you languish in wishful thinking on your part?

What I realised is this. The only thing you have control over in your world are your own actions. Are you doing everything you can to get out of your rut, securing a better future? Or are you simply hoping for that better future to come to you? It’s just simple math, really. The more you do, the greater the potential for positive change. 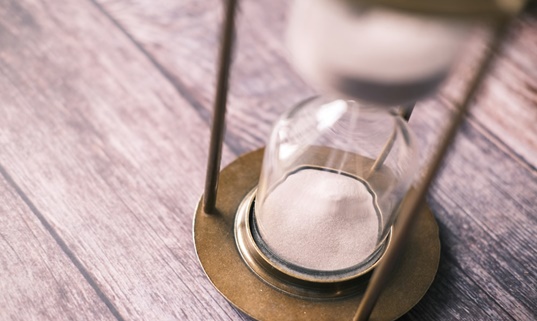 The sand in the hourglass is always falling. Even with you passive and languishing, the world is still moving on without you. And I know I’d feel pretty much like a loser if I let myself just lie there and be buried alive when I know I never did wrong against anyone. If anything, I acted with the utmost goodwill and sincerity.

Languishing is not a nice place to be in. In fact, it could even lead to anxiety or depression in some scenarios. To gain dominion over the past, we must know that sometimes, you cannot force things. Don’t throw away many precious moments of your life over what the world is not. Turn the page. Search for and shape what the world is.

Relinquish the lanquish, extinguish the anguish.

The present consists of this moment right now. And the most important thing about the present? It is the only time you can exert control over.

The key to dominating the present is to live in a way you will not regret.

A common phrase in the shared vocabulary of human beings is ‘if only’. If only I had cherished her better then. If only I had worked a little harder. If only…

Rather than regretting it in the future, the obvious logical course of action is to exert direct control over these events right now to steer them in a positive direction. The lessons of the past your teacher, do the best that you possibly can under these present circumstances. If you do so, why then, you’ll have no reason for regret.

Personally, I was devastated when I had to quit my last job. I’d thought I would be in it for, well, definitely over a year at least. I’d spent the very same morning fantasising about my future in the MRT. Hell, it still makes me tear just writing about this. And tear I did when I left.

I collected myself. It was over and I had to find something else. Turns out this was not meant to be, huh. I put my all into it, enjoyed it somewhat and regretted nothing… On the train ride back, I made a list of things to do in the coming, unemployed days.

I had grieved. I had shown my emotions their due respect. It was time to put this behind me and move towards an ideal future.

Now, if I had worked half-heartedly in my job, not properly committing myself to it, I would have been filled with ‘if-only’s. And that would have been so much more reason for me to languish, further eating away at the precious moments of my life.

Live in a way you will not regret, whatever the result. Trust that your efforts will pay off, for surely you deserve it, and just do your best. That way, you will not have let yourself down.

The future consists of moments yet to come. It is essentially created by you as you exert your control over the present.

The key to dominating the future is securing that upward trajectory — as simple as that. 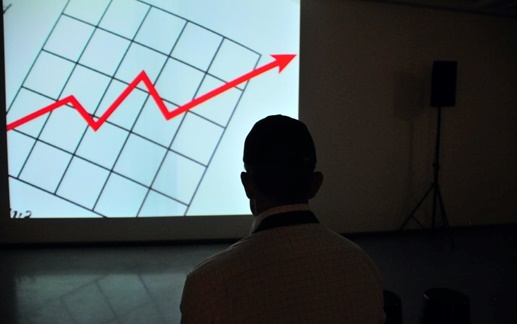 Let’s say you want to pick up a new skill. How does that work? Well, you learn the basics. You put time into it. You gain insights into how it works and learn how to better yourself at it through trial and error. Basically, you max out the value of present moments in time such that those presents on that far horizon are like, literally presents!

It’s all about accumulation.

Here’s an example. I’m currently learning martial arts. Wing Chun, to be exact. Now, during the past two lessons, I noticed that I was unable to perform some moves. (Note: these moves don’t require you to be athletic or muscular or whatever! They just require proper form and coordination of your structure). So, I’m currently working on getting the basics down and all that.

After a period of accumulation, I will eventually be able to reach the stage of doing Chi Sao or sticky hands, which is basically like simulated fighting already. It will surely take time, but I’m certain I’ll get there with regular training every week. 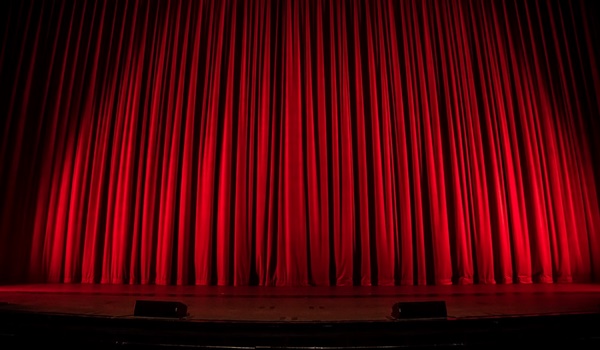 I rather like this saying: 台上一分钟，台下十年功。Behind every minute of someone shining on stage are ten years of them putting in hard work behind the scenes. Even if you are talented, it’s nigh impossible for you to just leap to the skies in a single bound. You’ve got to set your sights somewhere, dig in your heels and stick to it.

You must understand — life is a game for the long haul. You can surely be patient — just make sure you stay the overall course.

Sometimes, progress may feel slow, you may feel frustrated. But it’s fine! Consistent effort, over time, surely amounts to something! Think of the rewards you will reap in the future, the potential enjoyment you will get out of this. So, for the sake of those future presents, use these moments well.

In the meantime, even as you plod along your upward path, you must remember to prioritise your needs and respect your emotional and physical wellbeing. When not working for these future ideals, remember to stop and smell the flowers! In your ‘off-time’, feel free to watch that brilliant Netflix show that seems super cool! Go swimmingly with the flow – don’t stubbornly brute force it or you may well break.

Slow and steady wins the race.

Droll and lazy ain’t even in the race innit (jk).

We cannot escape the hourglass of time. Sometimes people raise their heads and see the falling sand, and they scream existential crisis. And soon after they plunge their heads back into the sand for relief, because what you cannot see cannot hurt you. 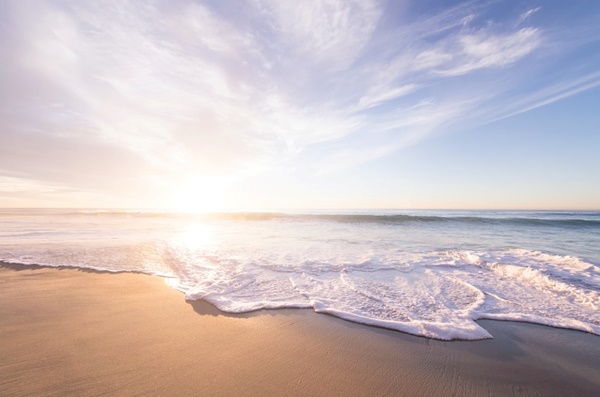 Yet, it is precisely when we are aware of this trickling sand, seeing the so-called big picture, that we are committed to treasuring and making the most out of it.

Learn from the past, cherish the present moment, look towards the future.

Do so, and you will probably be able to avoid unwanted drama, never stay down for too long, move in a direction that you desire.

Life is limited, and it stands to reason that we should make the most of it that we can. With dominion over the principles of time, take agency over your own voyage. While it may inevitably be stormy at times, don’t just be passively battered and bruised by the incoming tides.

Like Gandhi said, be the change you wish to see in this world. Exert the control that you have over your present, warping the space around you that is the fabric of your reality. Launch yourself along a trajectory to where you so desire, and dream of the days you reap the fruits of your labour.

I wish you all the best, and safe voyage.

To exert a greater force in the fabric of your world, please share this article with your friends!