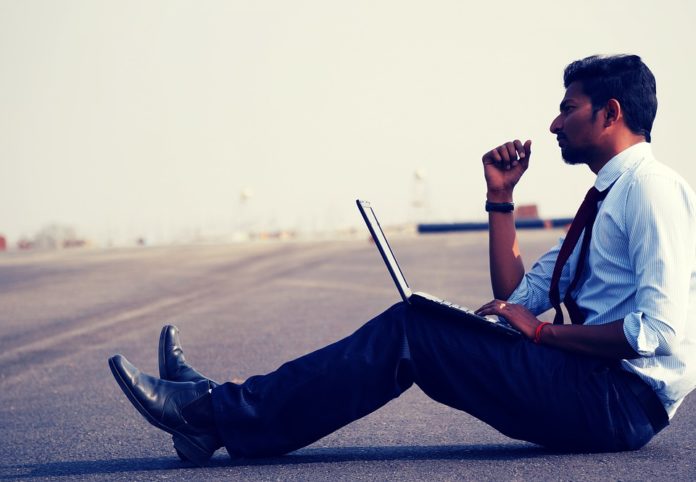 There’s the global economic slowdown which sees companies slowing down on hiring. Not to mention the economic restructuring – where we might be having difficulty in transferring our skill sets to new jobs.

And as if we have not enough things to worry about, there’s the worry of our jobs being at risk from automation.

According to a study done by MIT and Boston University, one robot can reduce employment for every 5.6 workers. This means that alot of us could potentially be unemployed due to automation.

For relatively software-trackable jobs such as insurance sales, accounting or even food services, the technical feasibility of automating such activities could go up to as high as 60-78 percent, which means potentially fewer jobs available in the job market for us.

Is that a major cause of concern?

However, with that being said, we shouldn’t immediately start panicking because in reality, automation is affected by many other considerations than just technical feasibility. There are the other factors such as the costs of automation, the benefits of automation beyond labor-cost substitution; and regulatory and social-acceptance considerations to consider.

For example, even though a robot may, in theory, replace some of the activities that we can do such as transportation and organisation of stuff, it is pretty unlikely in reality because qualities such as human contact and human judgement still play a very important role in areas such as sales and healthcare. So even though automation may mean that some activities are been taken over, it does not necessarily mean the end of our jobs. In fact, some new jobs are created — such as data analytics, revenue management and innovation development.

However, with that being said, we should not let our guards down and should instead rethink about the implications of the future economy for us.

So, what are the implications of the future economy for us?

Automation means that skills are becoming increasingly obsolete, increasingly transient. Only a small handful of us will be able to apply what we have learnt in the classroom to the workforce. In fact, according to Ms Audrey Chia from Kelly OCG, only 35% of the current primary school student population is probably going to work in the jobs of today in the future job market.

Even university lecturers are forewarning students like us that we may not be able to apply all of the things that we learn today when we finally work. This means that there might be structural unemployment – a mismatch of jobs, skills and expectations with us.

In this year’s May Day speech, Prime Minister Lee Hsien Loong noted that a “steady trickle of redundancies” is expected to occur as the economy continues to restructure. In economical restructuring, some jobs will be lost whereas some jobs will be created. As such, a gradual increase is expected to occur for the overall unemployment rate – which stood at 2.3 per cent as of March 2017.

This is an issue that professionals from LinkedIn, National Trades Union Congress (NTUC), Kelly Outsourcing and Consulting Group (Kelly OCG) and PSB Academy are well aware of and in a panel discussion on the Channel NewsAsia perspective forum[i], they covered on some tips for us to prepare ourselves for the future economy.

How can we prepare for the future economy?

Ms Audrey Chia from Kelly OCG offered a valuable tip of stepping back and looking at what businesses want in the era of automation. Where activities are susceptible to automation, we, as people entering the workforce, can protect ourselves by preparing and improving the core competencies that are irreplaceable by automation – such as areas that require creativity, sociability and human judgement, in addition to the basic fundamentals of industries.

1. Build up our irreplaceable core competencies

To develop more creativity, we can do so by starting with the very basics. Creating the right environment for ourselves – one whereby we feel relaxed and comfortable with trying out creative and maybe even wacky ideas. Want to fry the gummy worms? Just do it! (It’s actually pretty delicious according to Running Man!) Want to DIY your very own room? Just do it! You can try out anything you want to try(as long as it is not illegal)!

Resist the urge to be self-critical and explore all the different possibilities. Suspend judgements from others and simply explore the things that you are interested in!

2. Break up the inertia.

Another tip that would help us pick up these in-demand skills would be to break the inertia and keep up a learning attitude so that one can stay relevant. No matter the age, it is common to encounter inertia in starting a new habit. But however, in this digital age, with the convenience brought about by technology, there is really little excuse for us to not upgrade ourselves. Ever since technology has been introduced into education space, learning has become more readily accessible. This means bite sized learning anytime and anywhere.

For example, ACCA accounting tuition classes have also been brought online. Check out LSBF ACCA Online and ACCA-X Online from ACCA. Their comprehensive study packages and interactive study features ensure that students can get the maximal benefit from online learning, giving them a better advantage than that of offline learning.

3. Make use of the industry based opportunities.

Learning institutions such as SUTD and PSB Academy have been playing their part as well. Learning institutions and industry players have been constantly engaging in dialogues and close collaborations in order to create more industry based opportunities. This is so that the soft skills and experience of students– the adaptability, resilience and agility to move into new job roles – are not neglected.

For example, SUTD has technical application electives whereby students have to use a multi-disciplinary approach to design solutions based on current industry based problems such as that in healthcare. Not only that, guest speakers and field trips are organized for the students to have a first-hand experience of industries and the technologies used.

PSB Academy, on the other hand, has the CollabX initiative. A multi-series event, it is an effective channel that allows more information sharing, learning and networking. Students can hence benefit from being exposed to the multiple perspectives of different figures in the industry providing them a more well-rounded real-world education.

Another valuable tip derived from the discussion is to think of ways to utilise this technology to help us go up the value chain.

With plenty of useful educational tools such as Wolfram Alpha to help make our learning journey easier, it’s such a waste to not utilise them. Wolfram Alpha is a search engine that is able to compute answers and generate reports instantly for any topics, regardless whether it is statistics or even psychology queries.

In addition, with the introduction of Virtual Reality (VR) and Augmented Reality (AR) into classrooms, there is much higher potential for students to engage in deeper learning. In fact, in Digital Senior’s trip to PSB Academy’s open house, we had the chance to try out the VR technology ! The realism provided by such a device lends itself to unimaginable opportunities in learning. As Benjamin Franklin said, ”Tell me and I forget. Teach me and I remember. Involve me and I learn.” VR goes far beyond textbook learning by involving the learner in a 3D virtual environment.

In fact, medical students and junior doctors have been using VR as a training tool to aid them in emergency rooms and operating theatres and it is only a matter of time before the technology is used in other fields.

For example, the human-size virtual operating table and 3D body anatomies that medical students are currently using could potentially be used to allow life science students to better visualise concepts that are related to the body.

Perhaps even Geography students can use such technologies to access places, situations, and environments that would otherwise be restricted to them, all through realistic simulations.

With plenty of useful learning, VR and AR applications around, the future for the economy is a hopeful one as technologies can help us to enhance our learning and improve our readiness for the workforce, bringing us to greater heights.