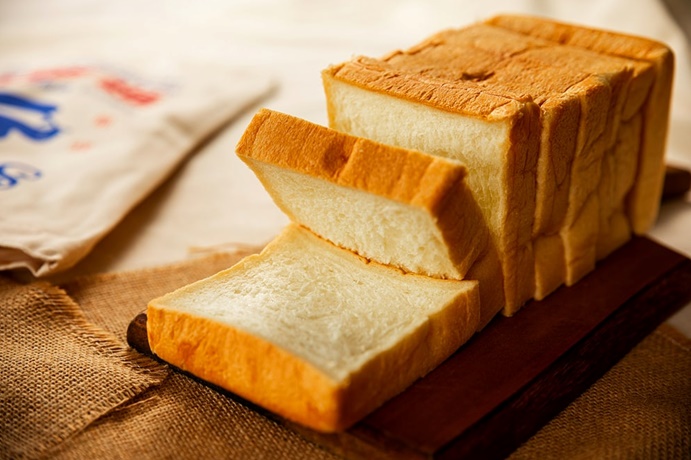 What do Subway, Toast Box and Breadtalk have in common?

And if you don’t know what that means already, it’s basically like this. You pay them a sum of money to allow you to use their brand and supply chain etcetera. You get to operate under their business model in return for paying them some royalties. It’s therefore a win-win situation where you get to earn and they too!

Or so the logic goes, but it’s surely more complex than that.

Like any self-respecting independent business owner, you’ve got to invest time and effort into your business. You can’t expect to be like what the Chinese call a 甩手掌柜 who’s literally just dispensing money as a shopkeeper and nothing else, throwing all the tasks to the employees to do.

But even before that, why start a franchise rather than your own business? Also, which franchise might you want to invest in?

This article seeks to assist in that decision.

Let me tell you a success story. Now, surely you’ve heard of Subway, right? They sell sandwiches known as subs, and along with these a drink, and cookies or chips. Evidently, Subway, which is a franchise, is a relatively successful business today.

But did you know that the initial investment amount for Subway was a mere $1000? Basically, a nuclear physicist, Dr. Peter Buck, gave a college freshman, Fred Deluca, the idea to open it to help pay his tuition. He invested the amount.

And now, if you wanna become a franchisee of Subway, the franchising fees alone are already USD 10,000-15,000.

I know, it’s a huge disparity.

Right, if you start your independent business, there’s the potential for you to make it big out of something small. You earn huge then. Still! At the same time, of course, you may well just crash and burn! 30% of Singaporean startups fail within 3 years, apparently. This may not be that significant, but it’d surely scream danger to those more risk-averse.

Therefore, unless you have something you really want to do in starting from scratch, it may be better to just collaborate with the pre-existing with their established business models.

Let’s say you’re climbing a mountain. It’s great and all for you to blaze your own path but dangerous too. Now, if someone had left a trail for you to follow? It’s proven! Just follow it and you’ll ascend to the peak safely.

Basically, there are 4 different types of expenses for franchising.

This website, among others, provides a list of different franchises in Singapore along with costs and descriptions. Note that some fees are not publicly available but available on request.

Going for the tried-and-tested 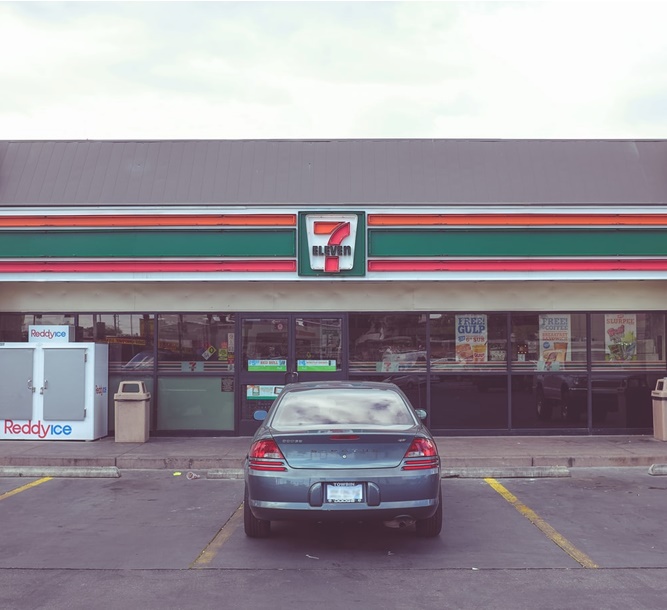 A possible strategy when starting a franchise is going for those which are so tried-and-tested they are more or less household names already. Their success is more or less assured as the only obstacle is the barrier of entry that is money. Here are a few examples of such franchises across different domains.

A great example of a tried-and-tested franchise is none other than 7-Eleven. Truly, 7-Eleven is like the first name that comes to mind when asked to think of convenience stores in Singapore, being sort of synonymous with it.

7-Eleven has one of the lowest initial Franchise Fee (from SGD$30,000 onwards depending on the store’s performance) and Working Capital (SGD$40,000) in the retail convenience industry.

Thus, it seems that just a five-figure sum is sufficient to tap on the vast worth of the 7-Eleven brand here! That’s in contrast to many other franchises which all require six figures. They don’t have all those FLA franchisee and franchisor of the year awards for nothing!

OSIM is a health brand that is constantly appearing on television commercials. It calls itself Asia’s Number 1 Well-being brand. And interestingly, it seems that it’s open to franchising too!

The costs for franchising with OSIM are not publicly available as you will have to send in a request to them.

However, they’re a global leader in healthy lifestyle products, part of a US $3.72 trillion industry that’s amongst the fastest-growing in the world. Sounds enticing, doesn’t it?

When you think of kaya toast with butter, you think of Ya Kun. Some will even directly call it Ya Kun bread. Such is the pervasiveness of the brand in the local market!

The overall cost of starting a Ya Kun franchise is approximately S$250,000.

In return, you’ll snag all the old school customers who love THE classic set of traditional kaya butter toast, hard-boiled eggs and coffee/tea!

Going for the quirky passions

An alternative strategy would be to go for something unique that you have an interest in, that you love, that you would want others to enjoy and appreciate as well. That’s what drives you. Here are a few examples of such franchises across different domains.

Basically, it’s cosplay. They stock many different costumes as well as masks, hats, wigs, make up and costume accessories etcetera. With these, you’ll be able to dress up as any character you want! Why isn’t this more popular in Singapore?

The fees for starting a Costumes ‘N’ Parties are again only available upon request.

But it could be well worth it, opening the doors to a whole new exciting world for you…

In return, you’d be able to run your very own fitness gym with high-level support.

Then there’s all those fashion brands which offer you a piece of the pie. An example of this is MONDO, Singapore’s leading women’s shoes fashion brand. A 10-year-old business, it prides itself in selling footwear of exceptional quality.

The initial capital investment is S$200,000 onwards while the franchise fees are S$30,000 onwards.

If you have the money, are into fashion but are no designer, well, why not.

Going for your go-to food 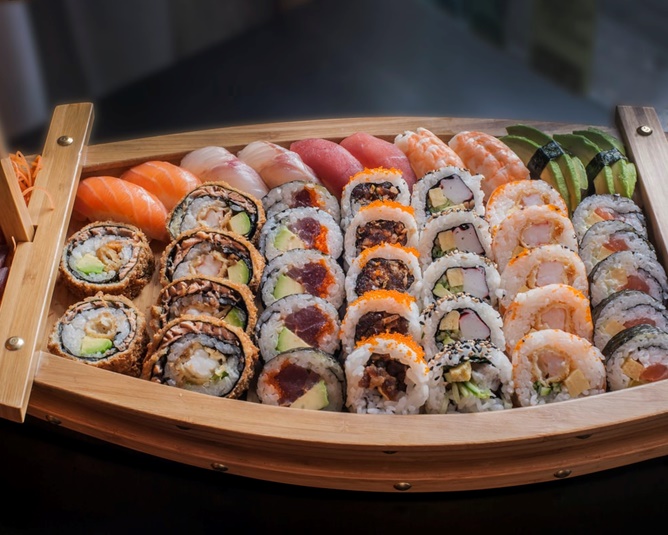 Then there is something which is like killing two birds with one stone. Say you prefer a certain kind of food. Well then, if you open a franchise, you get to relish however much of its goodness you desire! Here are some examples.

Sushi is quite popular in Singapore and many people like it. A popular version is the rotating conveyor belt kind, which is a pretty unique way of serving food. Sushi Tei in particular has over 75 outlets in 8 countries.

If you would like to know more about the franchise opportunity, you can email them at franchise@sushitei.com and they will get back to you.

Do you like sushi? If the answer is yes, imagine eating all the sushi that you want.

Pizza. It’s a favourite food for many people because it’s delicious. Maybe’s it’s not up there as Pizza Hut and Domino’s, but Sarpino’s big too. Headquartered in Singapore, they have over 80 restaurants open in 12 countries with 50 under development.

Have you ever been to a pizza buffet before? I have. It’s like pure bliss.

Let’s say you’re vegetarian and believe in vegetarianism’s cause. Nature Café in particular serves oriental and western vegetarian cuisine and seeks to promote flavourful vegetarian food to the mainstream. If you hate how lifestock-raising is contributing significantly to carbon emissions and stuff like that, this sort of thing may be for you.

Right, for instance, if you eat Halal food, you can consider a Halal franchise too. The logic’s the same.

Going for the necessities of life 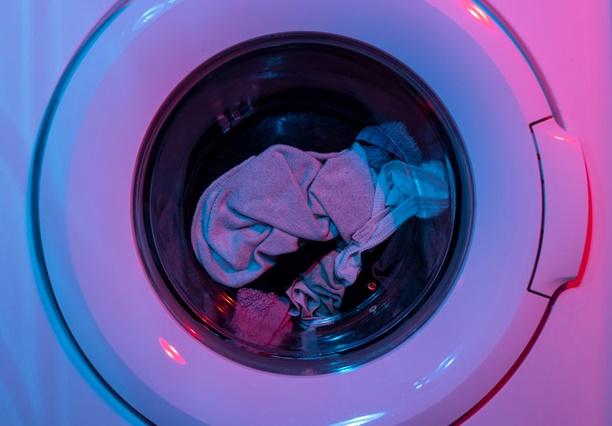 Meanwhile, you could also go for those franchises that are more of needs than wants. People will have to use these services anyway. Therefore, why not you meet that need for them? Of course, this would require some market research on the locality where you set up shop.

Not everyone has a washing machine at home. Especially for foreign workers and people staying in dormitories, they have no choice but to borrow laundry systems. With over 55 outlets in Singapore, Wonder Wash is coin-operated and runs 24/7.

While it may not be very glamorous, laundry is definitely something that people need.

Kcuts is known for its 10 min Korean-style haircuts. It’s the winner of the Promising Franchisor of the year 2014 and SPBA Promising Brand Award 2016. Now that seems pretty impressive, doesn’t it? It claims to have a relatively low set up cost and a high profit margin.

To learn more, you’ll have to download their form from their website right here, complete it and email it to them.

Regular haircuts are pretty necessary for us in modern day society. Why not capitalise on this?

To raise children, you need education. There’s no getting by it. Originating in London, MMI has 20 preschools in Singapore and close to a hundred worldwide. They were awarded the Singapore Franchise Mark in 2001 by the TDB, PSB and SIFA.

You can find out more about this franchise opportunity by emailing  Franchise@modern-montessori.com.

You know, by investing in education, you’re also investing in the future of the country and giving back to society.

So, if you (and perhaps pooled with some like-minded friends) have the money and lack the inspiration for starting a business on your own, why not consider starting a franchise today? It may be tough at first, but you should ultimately arrive at a stable source of revenue for yourself!

Alright, if the answer is yes, start doing some extensive online research for your best fit franchise today! All the best, would-be franchisees!