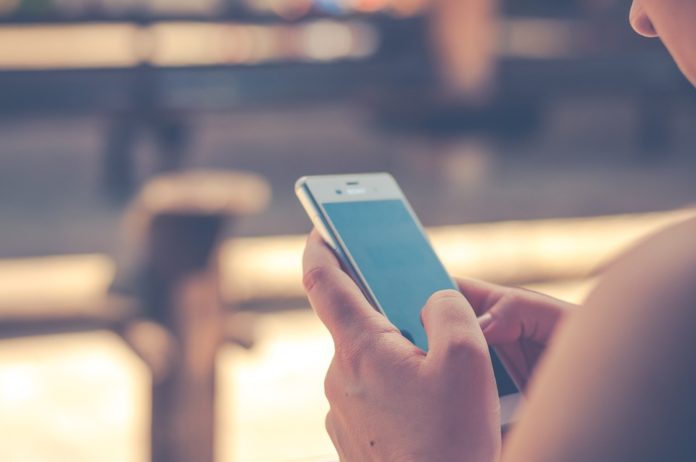 You’re loafing at home one fine Saturday night, when an invite to go drinking drops in your inbox. It’s with a bunch of friends that are the life of the party—they’re great fun. You like the people, but really need your rest.

“Join us bro!” they cajole you through Whatsapp, “YOLO a bit la, next time don’t say bojio k”.

You turn it down but can’t help the lingering uncertainty, and then you see one of their instagram stories. They’ve chosen to visit one of those hidden cool bars, and it just looks really nice, dang it.

Feeling a little meh, you try to get that sleep you wanted (which you could have gotten anytime).

FOMO has struck again, the lurker.

If somebody told you they’ve never experienced FOMO before they’d be lying.

Everyone has encountered FOMO at some point in their lives, and if they tell you they haven’t? They’re simply unaware.

It may manifest in the participation in every single hall activity for fear of missing out on inside jokes (or even worse, a change in group dynamics), through our often undivided attention to our phones and social media during meet-ups to keep up with our friends’ lives, or buying something we don’t need simply because everyone seems to be into it. These barely scratch the surface.

FOMO makes us envious of other people’s lifestyles and second guess our lives and our decisions, leaving us feeling more overwhelmed than we need to be. We know we need to stop but why, oh why, is it so hard?

It’s hard to kick FOMO away and with good reason. Even as I type this article, I’ve realised that my gaze has turned to my phone at least 5 times, scanning for new push notifications or alerts. I’ve unlocked it at least thrice. #overlyattached, anyone?

It’s a bad habit, one that leads Tristan Harris (the CEO of Apture and a former Google Design Ethicist) to liken our phones to slot-machines.

When we pull the lever (our phone) and play the game of phone checking, the end goal is what Harris calls an intermittent variable (unpredictable) reward. Because the next tag or reply could be right around the corner (the next check!), we keep coming back for more. And when this happens, we get distracted from our original tasks—and reorienting ourselves takes away precious time that could be better used elsewhere.

What happens after the phone is in our hands, or if we’re already scrolling on our Instagram and Facebook feeds?

We get kept there in an attempt to increase user engagement. FOMO is one thing social media platforms capitalise on: simply because it encourages a cycle that drives their user engagement and subsequently, their revenue.

It’s not uncommon to hear someone saying that they’d meant to go do something, but whittled away even more time on something else. We might watch a video a friend shared and end up watching another 2 random videos because of the autoplay feature (Sure, it’s a ‘harmless’ feature, but also there to ‘willingly’ keep you on the platform).

That’s how that one quick check unwittingly becomes 10 minutes of checking out who’s doing/liking/eating what, and all it takes is another push notification or visit to set us off again. When we compound all these? That’s hours of time lost, which is enough time to pick up a new skill, and we feel all the worse for having done it.

What can we do to reduce FOMO, then?

I was eating dinner with my colleagues one day when one of them asked if we’ve ever heard of JOMO.

We’d only ever heard of FOMO, so all he got in return were looks of confusion.

It turns out that JOMO has existed since 2012 and we’re in fact prehistoric T-rexes living in the stone ages.

Basically, if FOMO is that underlying fear/anxiety we have about missing out on awesome things and experiences, JOMO is the Joy of Missing Out where you intentionally disconnect and live in the present, choosing what we want (and not want to) do at our own pace.

You could think do things with a FOMO mindset, or flip the switch and think of it as a part of JOMO.

In fact, the things you do in your own time/solitude could be less boring and more impactful than you realize! Just check out The Dull Men’s Club (where members are people with ‘ordinary’ and ‘dull’ hobbies)! It’s all really a matter of perspective.

In fact, Oliver Burkeman puts it best in a column for The Guardian: when you take on JOMO, what you’re doing is “taking ownership of [your choices]”. The reality, after all, is that the world can go on without us, and that we will miss out on things no matter how hard we try.

Remember that what you’re doing, even if it’s seemingly insignificant, holds value, too. Besides, you can always do what you haven’t gotten to do at a later timing. Especially if you find it important.

The creator of the term, entrepreneur Anil Dash, puts it as such, “There can be, and should be, a blissful, serene enjoyment in knowing, and celebrating, that there are folks having the time of their life at something that you might have loved to do, but are simply skipping”.

So, JOMO. Take time to reflect, reconnect, do your own things, and simply do things at your own pace.

Sometimes, a little fear can be healthy. Ask yourself why FOMO has visited you and whether it’s the valid kind. If FOMO comes to you when you’re invited go dragon-boating and you’re afraid you’ll miss out on practice and therefore fall behind, it’s good! It’s a kind of FOMO that pushes you to become better. Or if you have FOMO because your friends are going to do something you’ve been meaning to try but have procrastinated on, bite the bullet and join them! Sometimes we need that little extra push to leap out of our comfort zones, and a little FOMO could be it.

Otherwise, leave your phones or electronic devices in another room while you do what you have to. As the old adage goes, out of sight equals out of mind…and catching up on everything that’s happening can wait. FOMO has nothing on you!