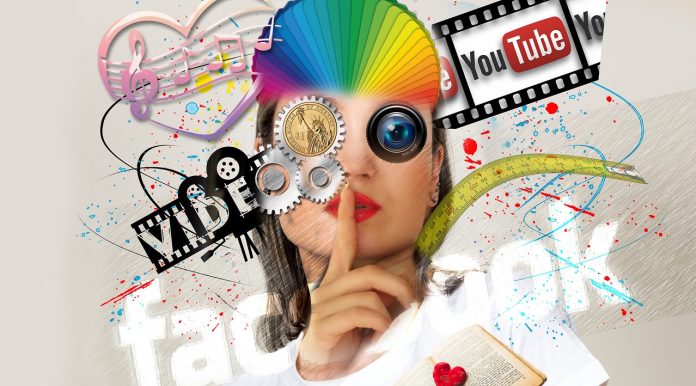 YouTube. One of the most famous websites in the entire world. In fact, as of 2020, statistics estimate a total of 2.1 billion users worldwide.[1] But of course, the existence of such a well-known platform inadvertently invites controversy. Some critique the site for allowing ‘noxious ideas’ to flourish ‘on the grounds of freedom of expression and ideological neutrality’[2], while others use the age-old ‘internet addiction’ argument.

I am not here to dispute any of that.

Instead, I am here to introduce my personal usage of the site, in hopes of encouraging more students—such as yourself—to use it for something positive: the furtherance of your education.

Please take note that this list is based on my personal experiences and in no way discredits the work of other creative YouTubers who also produce educational content. With that in mind, here are my top 10 educational YouTubers!

CrashCourse is a YouTube channel started by John and Hank Green. It covers a vast array of subjects, ranging from your common secondary school ones like ‘chemistry’ and ‘biology’ to much more complex ones like ‘philosophy’ and ‘psychology’. My favourite thing about the channel is how they can explain complicated topics and theories to the masses—I remember being in secondary school and understanding their explanation of psychological cognition. However, as the channel’s aim is to provide a basic outline for such topics, it doesn’t examine them in-depth. Overall, it’s creative, easy to understand, and applicable for practically any subject.

The Infographics Show is another popular channel, with 10.3 million subscribers (as of 25th August 2021). Although they don’t categorize their content in terms of subjects like chemistry or literature, they tend to cover ‘various socially relevant topics’[3] such as crime, history, health, and even hypothetical scenarios, like ‘What If Hitler Had Won?’ These videos are both entertaining yet often well-researched, and they manage to do a deep analysis on the topic in a short time. The narrators even have their own unique sense of humour that comes through when presenting usually mundane facts! Overall, definitely one of my favourite channels.

The School of Life is more for the ‘humanities’ side than the sciences, with videos on literature, sociology, psychology, philosophy, political theory and just life in general. Their videos have colourful animations in the background and are often less than ten minutes long. They are fantastic for giving detailed overviews on the various subjects. I have personally used them for philosophy and literature—one of the plays I had to study was on absurdism, and I thought they managed to explain it incredibly well, especially since absurdism is notoriously difficult to define. If you’re currently undertaking anything to do with literature or any humanities subject, check them out—they might offer you a different perspective in one of their many videos!

Since the previous one was a humanities channel, I decided to move on to a mathematics one! This recommendation is for all of you who are interested in the field of mathematics, and are perhaps wondering if you should do further studies in it. It’s not so much a ‘teaching’ channel in the sense that it doesn’t teach you specific A-level or secondary school level math. In fact, it doesn’t teach you how to answer any common curriculum math. Rather, it introduces the concepts of mathematics and outlines the theories academic mathematicians have come up with over the years. I personally used it to gain a more conceptual understanding of calculus, especially integration, and was pleasantly surprised to have it explained to me in a clear and concise manner, with animated visualizations to help me understand. Whether you’re an avid fan of math or just curious to learn more, this channel is for you!

Time for a science channel! As you can see, I have put two channels up. This is because the same man—Kyle Hill—runs both of them! His personal channel, Kyle Hill, is perhaps more ‘mature’ in the sense that he discusses serious topics, like the radioactivity in Hiroshima and the examination of ‘America’s first nuclear meltdown’. Meanwhile, his other channel (Because Science) is more for engaging youths. In that channel, he often covers ‘fun science’—for example, he looks at whether Aquaman can drown, or attempts to find out what disease the Joker has based on our current scientific knowledge. I honestly just love his work! Personally, one of my favourite videos was when he used quantum physics to explain the Avengers Endgame timeline, and analyzed whether it is scientifically hypothetically possible or not. If you find that interesting, go and check it out!

VSauce is a channel run by Michael Stevens, and it focuses on examining the current topics and theories in psychology. But he doesn’t just explain these theories through lectures like your professors, nor does he present them in research papers like academics. Instead, he uses a much more engaging way—he sets up experiments, records participants’ reactions, and explains the results live! Even though it’s not a typical in-depth examination of psychology and psychological research, I absolutely love it! I often think it’s one thing to write papers or read textbooks that explain the theories, but another thing to see it actually happen in front of you and feel the emotions that come with being a participant in those studies. One of my favourites is when he actually set up a whole research area in an attempt to replicate the famous trolley problem. If you want to see more, go ahead!

This channel isn’t your typical ‘studying’ channel, but it IS educational. LastWeekTonight is a channel by John Oliver, a television show host. It covers a whole host of news topics, like the well-known news about Afghanistan or the underrated but important issue of facial recognition. His videos, although relatively long (approximately 20 minutes or more), are all very well-researched, humorously explained, and often ends with him proving his point by testing it out himself. For example, in a video where he talked about the problem with sponsored content, he literally set up a fake product and had a fake spokesperson go on air and advertise it. It was fantastic.

Time to recommend a little bit of history! OverSimplified is a channel that covers major historical events—such as the Napoleon wars—in an oversimplified manner. It’s fun and engaging, and describes the entire narrative of events over that particular time in history. Because it has a lot of content to cover, especially for large-scale events, there are certain topics that have multiple videos, but they do also have shorter videos if you simply don’t have the time. The videos are well-researched, but of course, it doesn’t compare to an actual academic paper or a textbook—it is more of a thorough introduction to that particular event, and those who want to know more can research it in their own time. But definitely one I use to just gain more knowledge on history so that I can make sense of today’s current political and economic climate.

This one is another channel that isn’t purely for studying, but it does help students— especially university students, or students applying for scholarships—as it covers a broad range of economic, political and geopolitical topics. My favourite part about this channel is that it even contains videos about Singapore, and analyzes our current geopolitical, economic and diplomatic climate. One of my favourite videos is on how Singapore manages to maintain ties with both the U.S. and China, two huge economic giants, and how we have often managed to walk the line of neutrality. This also links to our current diplomacy strategy and gives greater insight into how far we really have come as a nation, and how we truly have managed to build ourselves up as an economic hub, manage diplomacy among nations, and establish control both in maritime and aviation.

Finally, we have LegalEagle—a channel run by a practising attorney by the name of Devin Stone. I know it’s a law channel, but it’s not just applicable to law students. Every student, regardless of major or preferred subject, can benefit from his videos. They range from heavy political content—like examining the lawsuits against Donald Trump and the politics involved in legal motions—to lighthearted, fun content that anyone can understand and relate to, like his reaction video to Spongebob Squarepants’ trial. I think he not only allows for a greater understanding of the law but also promotes useful skills like critical thinking (which lawyers often employ in their day-to-day work) while presenting intriguing philosophical arguments, particularly for his ‘true crime’ series (my personal favourite). In that series, he covers real-life cases, like the famous crime of Leopold and Loeb, and presents the controversy surrounding the cases (in this particular instance, the notion of free will and the death penalty). If that sounds interesting, do take the time to watch his content.

And that’s it! A relatively exhaustive list, but I tried to cover as many fields as possible, and I tried to make it relevant for everyone, regardless of age or preferred subject. There are many more I could recommend, and it was really hard narrowing it down to just ten, but there you have it. Do give them a try, and remember to subscribe for more of their content.

[2] Nast, C. (2021). The Fight for the Future of YouTube. Retrieved 25 August 2021, from https://www.newyorker.com/tech/annals-of-technology/the-fight-for-the-future-of-youtube