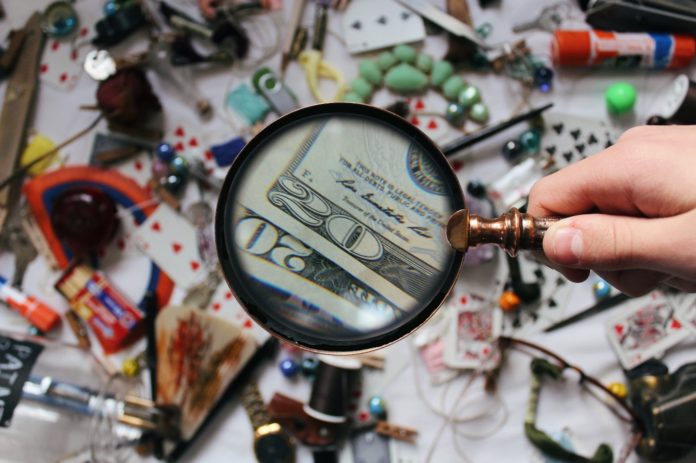 Say the word Detective today and most people will unavoidably think of the famous Sherlock Holmes.

Fiction’s most famous Detective has charmed generations of people globally with his powers of deduction (abductive reasoning, to be exact) and observation.

Holmes, and all of his incarnations, uses a variety of techniques to crack cases. His methods of investigation are backed by his knowledge in Chemistry, Botany, and Anatomy (He had this ability to differentiate over 140 types of tobacco ashes, which was probably a feat in his days!) Sherlock Holmes was such an impressive character that he inspired many of us to harbour the wildest dream of becoming a real Detective as a child.

Well of course in the present day, we have more sophisticated criminals and cybercrimes so we definitely need to learn new skills to follow his footsteps. So let’s take a look at what a modern day Holmes does to uncover and investigate on cybercrimes. As a pioneer of modern forensics, Sherlock Holmes employed fingerprint evidences even before they started becoming widespread in real life. He’s even once solved an entire case simply with foot printing evidence alone, in the Boscombe Valley Mystery!

The field of Digital Forensics takes what Holmes does into the digital sphere. People in this world usually put on their thinking caps to recover and analyse information from data storage devices, in order to restore data integrity in our internet-driven world.

Like our beloved sleuth, Digital Forensics requires you to

Sherlock Holmes can solve crimes so brilliantly with his unmatched observational and reasoning skills. He made his deductions only after he has gathered sufficient data and not before, preventing facts from being twisted to fit assumptions.

Data, for Sherlock and his fellow detectives, is king. Without it, they cannot arrive at conclusions and close cases. Like Sherlock, Digital Forensics experts analyse data to find patterns and relationships in criminals’ modes of operations — and it definitely involves larger volumes and from a thousand sources such as emails, chats groups and more!

Fortunately, digital detectives have access to computational and statistical tools to help them with this daunting task.

Throughout his illustrious career, Holmes had to decrypt encoded messages for quite a number of cases (The Adventure of the Dancing Men and The Gold Bug, just to name a few). Make no mistake; he was an expert in this field.

This is very similar to Cryptography, a must-have skill for sharp-eyed investigators.

Data undergoes encryption in order to secure it from being transmitted into the wrong hands. Cybercriminals, for example, might turn this around and encrypt incriminating data to cover their tracks. When this happens, Digital Forensic experts put on their Detective hats and undo these protection locks (also known as decrypting) to uncover the necessary evidence to persecute them.

To the grief of many, our information can be forcibly encrypted too by ransom wares such as Wannacry. When that happens, Digital Forensics experts can be called in to examine how the attacks happened and what was affected.

So what else, Watson?

Digital detectives are definitely crucial in the quest to safeguard information on a personal, corporate, and national scale.

According to a 2018 report on the Economic Impact of Cybercrime, cybercrimes alone account for half of the United Kingdom’s reported crimes and already cost the world up to 0.8% of its GDP in 2017. That’s a staggering 600 billion US dollars.

Needless to say, besides Cybersecurity professionals, there is definitely a demand for Digital Forensic Experts.

As part of the response team of information security, you trace the cookie crumbs of the crime trail to catch the bad guys, which makes you highly valued by corporations in any industry, forensics labs, and government agencies. You might even become a part of the Singapore Computer Emergency Response Team (SingCERT)! Also, you could choose to jump teams and become a Cybersecurity Specialist! Opportunities abound for you here, too with the Cybersecurity market expected to reach 900 million by 2020 with 2,500 new jobs this year (Channel NewsAsia).

So, how do you get started?

Kaplan currently offers a Bachelor of Science (Honours) Forensic Computing (Top-up) programme awarded by the gold-rated University of Portsmouth. With a 50-50 focus on theory and hands-on learning, you’ll graduate with well-versed knowledge of tools of the trade such as the Sleuth Kit and the IDA Pro disassembler!

Already enrolled in a Degree? Fret not!

As Sherlock says, “… but it is better to learn wisdom late than never to learn it at all”. You can embark on the Computer Hacking Forensic Investigator certification course by the EC-Council, also offered by Kaplan. Upon completion, you’ll receive a certificate from the professional certification body, which is globally recognised for its Cyber-security programmes.

The field of Digital Forensics promises you a lot of exciting growths and developments, as technology is always progressing all around you. The game is afoot, wait no longer and embark on this curious career! Sherlock would be proud!

This article has been sponsored by Kaplan Higher Education Academy (KHEA), the Gold Standard Service Provider for Computer Science & IT in the JobsCentral Learning (T.E.D.) Awards 2017. Kaplan also received the EC-Council ATC, Academia and Instructor Circle of Excellence Award (Asia Pacific) in 2017.

7 Best Financial Skills You Should Learn as a Student

How to Choose a Private University in Singapore