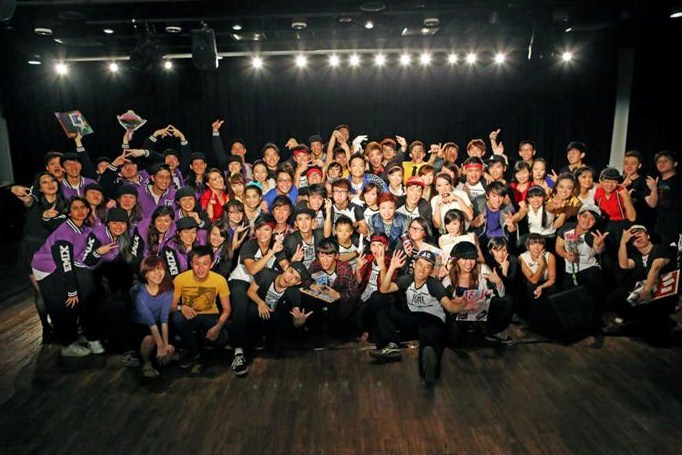 It has not been an easy journey to start over, especially for a foreign student like me.

Started from the compulsory Freshmen Team-Building (FTB) camp. I could not communicate with my camp mates, as much as I wanted to do so. Just to let you know, I come from a country where English is hardly spoken. It was just so hard for me to catch what they said, and express what I thought. Despite being an active and sort of noisy person, I decided to remain quiet, as I just could not converse with them. That came from fear, the fear of being judged. Throughout the camp, there were situations I acted as if I understood what was going on. In fact, I was really lost in the rocket pace of all the conversations, and started to feel intimidated. Finishing the camp with the disappointments, I wondered if I would fit in this school, if I would make any friends, and if I could survive for the next 4 years.

My intention to sign up for the next Metamorphosis camp from School of Information Systems was shaken right after the first experience in FTB. I was scared that I would have to suffer the same thing again. My mom, however, urged me to register for it so badly, and I decided to give it another try. Turned out the experience was much better than I expected it would be. The help of my awesome facis and campmates revived my withered faith. They have become my very first friends in SMU.  And yeah! No more camp. The first semester officially started.

In school, it was a different story. Things just got worse when it came to class participation, a considerable component in our final assessment. And it was totally a nightmare to me: I could not speak up. Too often were there ideas and answers in my head, but expressing it was a real challenge. It is just so frustrating when you see people having the courage to say exactly what they think, and you just don’t have that.

And my life was invisible. After finishing lessons, I usually had lunch or dinner alone, mainly because I had no close friends to have with. This was really different from what I had expected before entering SMU. Why do I look miserable? Why is it so hard to make friend and mingle with local students? Where were all the beautiful things they always say about Uni-life? I highly doubted it was true.

Then VIVACE (SMU CCA Day) came. The entire T-junction was filled with all the heeding colours and nicely decorated booths from different CCAs. I wandered aimlessly around, thinking if I should join one. However, I got frightened after seeing some, because I was afraid that I had neither any talents nor special abilities to join any one of them. Back in my country, there was no CCA for me to join and I did not know how CCA culture was. Yet, I had a determination that I had to join a CCA, as I wanted to step out of my comfort zone and try something new. And I believe that this could possibly be the place where I could meet and really make friends in long run.

Out of the blue, I saw SMU Funk Movement (FM) booth, a CCA that focuses mainly on Popping, Locking, Waacking and House dance. Well, even though I had no idea what those styles meant, I decided to try because back then FM did not require any prior experience in dancing. Not long later, I learnt that FM was undergoing a probation period, and not an official CCA yet. It was new and fresh, just like me. The chance of being official depended upon every single member. Suddenly I felt that I was a part of something important, and I wanted FM to become official.

Joining a CCA did not mean my life automatically became easier. No matter how enthusiastic I was, I still sucked at dancing. Making friends was still extremely difficult to me, since the fears of being judged and rejected kept haunting me. People around me looked like they knew each other before, forming their own groups so easily. They looked like they knew how to dance too! And I felt left out, as much as I wanted to join them. Despite that, I looked forward to every Thursday, because I just could not give up. I realized how much I loved performing!

One day, one senior approached me with some cool dancing videos, saying that I would become like them someday. I was smiling blandly, but secretly shocked inside. Nobody told me I could dance before. My conscious mind never thought of that, either. Yet he told me I would be able to do so. And in spite of my sucky English, I had the first conversation with the first FM person, Josh. He explained to me that nobody was born talented, except maybe a few. The most successful dancers are the ones who work hardest. “Genius is 1% talent and 99% hard work” – said Albert Einstein.

Production trainings started not too long after I joined FM. From then, I got to know more people, and found out that some also started as fresh as me. Gradually, it felt more comfortable to talk to them. They were really helpful to me. There were times I really stressed out because I just could not catch up with what was taught. I was always noticed and called out because I executed the moves so poorly. But they still patiently encouraged and guided me step by step. I felt too embarrassed initially, but then was told that it’s OK to make mistake, and that’s when we learn. This is true not only in dance, but also in other aspects of life as well.

Eventually, production day came, so did my first performance ever as a dancer. For the first time in my Uni-life, the burning confidence in me was reignited, and I could feel a sense of achievement. The distant feeling disappeared somehow as I started to talk freely to everyone. After a few months in FM, I could not believe how much I learnt and received. This led me to make an important decision: running to become Marketing Director for SMU Funk Movement to give back.

Through the time being in FM, I also started to hang out more with local students, becoming so close to them. The initial language barrier is no longer an issue. We talk, share and help one another not only in dance, but also in study and other trivial things. They are supportive and understanding friends who accept and always encourage me. Life is much less stressful with them. I wonder whether I would have felt this blessed if I had chosen not to join any CCA from the beginning. Eventually I went out, took outside dance classes, and met more people. Lesser emo moments, more open to everyone, the playful side in me revives. My self-confidence was regained, and somehow it became totally OK to do class participation too! Those changes, however, did not happen overnight. They just came so slowly and unexpectedly that I did not even notice until one day I tried to recall the journey that I have been through in SMU.

Looking back, I am glad that I have joined Funk Movement, where I have learnt and grown so much. Starting over is hard. Stepping out of the comfort zone is even harder. Yet staying in comfort zone for so long won’t be so comfortable either. For a foreign student like me, this CCA is where I truly start my Uni-life and assimilate into the SMU community. Yes. As long as you don’t give up, there’s always the light at the end of the tunnel.

How’s your Uni-life? I hope you enjoy it as I do!

Your university experience is only as good as how you define it. How is your experience like? Share with us and inspire others!