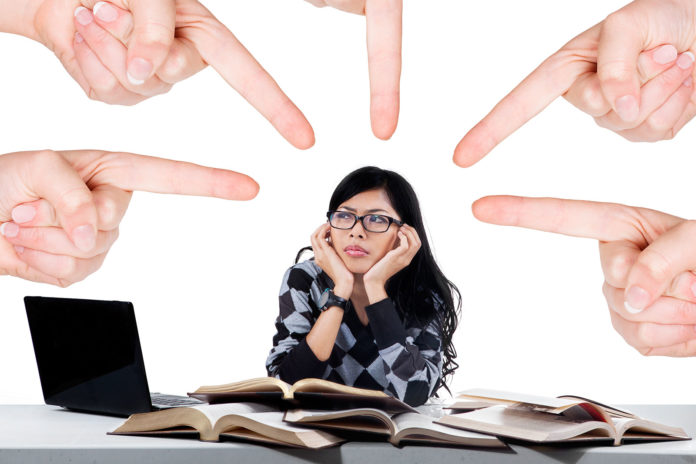 You may want to study abroad, but with the grades of yours, you don’t know which university would accept you. You see your friends do a lot of voluntary activities, like taking part in gender equality campaign, looking for donation for Green Peace activities, joining movement for peace in Middle East, or feeding the poor. Some other friends are even building startups. Seems cool, working on their laptop all the time, hanging out in cafes, talking about tech or some languages you don’t understand. You hear they got a huge investment. All of them are cool, but you can’t decide which one really suits you. I have so many to celebrate in my 20s: graduation, first job, first love, first anniversary, first promotion and many others. I thought graduating from university is the gateway to adult independence and freedom. Here comes the problems. Disappointment takes shape in the form of ended relationship, competitive job market, friends fading, money dwindling and so on. The worst is I’m forced to acknowledge the fact that my life doesn’t look like what I had thought it would be.

Why do I think it’s stressing?

Sociologists call this “the changing timetable for adulthood”. Jeffrey Jansen Arnett, a psychology professor at Clark University in Worecaster, prefers to call it as “emerging adulthood”. In the age of 20s, people start changing their view about adulthood. For example, in secondary school, we might think being an adult meant to have proper job such as being a doctor, lawyer, journalist. We also thought to settle down,marry before 30, and have children. But look at us now. Do we still think that way?

Realize it or not, we slowly change our view of being adult. We face many choices. We’re affected by what’s happening in the surrounding environment. Arnett calls this the stage of identity exploration, possibilities, instability, and self-centeredness. This might be the explanation why young people like us crave for new experience, challenge, and chance. At the same time, we need attention and acknowledgement from others.

This “emerging adulthood” or more popularly, “twentysomething syndrome” is happening everywhere. The generation prior to us also had to face the same thing when they were around our age, but being twentysomething in 21st century is more stressing than decades ago. Why is that?

1. I always look out for my freaking phone only to see how happy other people are

We’re born in the millenial generation which makes us feel insecure when our phones aren’t in our hands. We can’t ”connect” to rest of the the world if we don’t go into Facebook, Twitter or Instagram. You’re an alien if you don’t have a Google account. Newsfeed becomes our daily breakfast, lunch, and dinner. People are overwhelmed with the chance to share. When you’re given chance to show anything about yourself, which one will you share: the good things or bad things? Of course I’ll choose the good ones. I’d like people to know that I have lovely family, went to Phuket for vacation, hang out with friends in cafes, join nonprofit organization to prevent woman-abuse, and graduate with suma-cumlaude. Broken heart, canceled scholarship, hellish thesis revision:no one needs to know.

That’s the problem. Others also think that way. My newsfeed is filled with photos of happy people. Their expressions, the backgrounds, and the captions will make anyone envy. I’m busy scrolling to see what my friends have accomplished. They seem very happy with everything going well for them. I’m happy for them..maybe not so. After closing the apps, I feel bothered. I started making goals that look like theirs.

2. I probably go to too many gatherings

There are many successful youngsters in the last decade. They practically dominated the limelight of all successful people. Ultimately, they increase people’s expectations of youngsters. At age 20s, we’re supposed to do great things or at least start doing something. We also expect ourselves to do the same.

I often go to social gatherings since I like meeting new people. The most frequent question I hear is “What are you doing now?”. Anything like “I’m eating, don’t you see?” could be the answer. Me being overly sensitive, I hear it as “What’re you doing for living? Where do you work? Are you making a lot of money? Any boyfriend? When are you planning to marry?”

Gathering event is the place where people expect to be asked about their doing. It’s like a formal procedure when meeting people we never or rarely meet. Those who have “something” going on in life, the event is a chance to share. It’s very similiar with newsfeed. I’d hear many story about how people living their life spectacularly. On the way home, I found myself more pressured.

3. I always compare myself with someone who has already succeed

If you often do this too, I suggest you to stop. That’s the worst for your mental health. When I was in the final year of college, I saw my friends getting jobs and internships in some significant companies. Since we were in the same major, almost all of us had the same dream companies. I remembered how happy they were. I imagined them already having orientation in their companies while I and other unlucky friends still needed to brawl finishing thesis proposal. In the graduation ceremony, some of us already had salary (they have began working) while others were still looking for job.

What did I do different? That was the thing I’d always thought. I didn’t want the reason to be just “lucky”. I found many: I skipped classes when they attended, I can’t do statistics when they can, I joined voluntary organization when they didn’t, and so many more.

When I thought about the mistakes I made in college, I found nothing but regret. I wish the time can be turned back. However, that was stressing me alot, until I decided to start over. Instead of comparing myself to other people, I focus on doing something I like and starting to build my own career.

If you also find twenty something is stressing, let’s turn the table!

Seems scary when we’re in 20s but still can’t figure out what we want to do. That’s not true! As time goes by, the need to do more and greater things than the prior generation is getting higher. It’s caused by the amount of possibilities that also increases.

Before 21st century, being a writer wouldn’t be considered as a proper career. Now we can find writers anywhere through online media. Companies are looking for copywriters, digital marketers, social-media strategists, web designers, and many more jobs. Our parents have never heard of them when they looked for job.

Chances are everywhere. The best time to explore those choices is when we’re in the college. There’re many priviledges that avail students, one being the freedom to build dreams and restart every time we fail. The most successful men today started when they were students. But most of them didn’t succeed the first time. Angry birds’ founders failed 51 times before they came out with the winning game. We all have setbacks in our 20s, but its about how we manage our journey of disappointments that matters.

You’ve graduated and now are facing twentysomething syndrome? First, start filtering information. Follow only them who give you motivation and lesson by experience, not just talk big. Don’t go to social gathering too often. It can be a time drain unless you’ll meet someone who can provoke you to do better or you’ll die if you don’t go. Comparing yourself to others is acceptable. You need rivalry to improve, but do it in reasonable measure. Lastly, try to take a break sometimes.You’ll see yourself clearer and more composed. Trust me, it works.