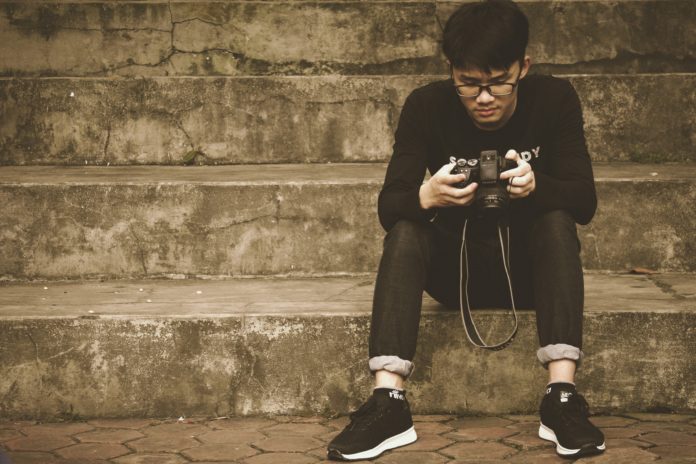 To most folks, film students live an awesome life. I mean—film. Film kids probably just sit around and watch movies all day, right? What else do we even do, anyway? Do we even have problems?

Why yes, yes we do (just like all the other majors). Here’s the rundown of the things that make film students cry in their sleep*. Can you relate? Think you can take the heat?

*dramatized for comedic effect, but not by much

Imagination: Somewhere in every film student’s (or art director’s) head, there’s a beautiful set decorated just right for that rom-com-turned-tragic-turned-horror short film assignment. It’s a sight for sore eyes. It’s going to be the bomb.

You’re filled with hopes and dreams until you remember… that the location you want doesn’t exist in sunny Singapore.

Or that the budget doesn’t allow for that $500 vase that will become an important motif. Students are poor and broke folks. Most of the budget comes out of your own pocket.

Reality: You have to settle for a $10 vase instead. It’s not that bad, but it’s not the vase. Someday, you swear to yourself with determination. Someday you’ll realise your creative vision. Just not today.

Because the right music makes or breaks the shot/scene/clip and you can’t use anything that’s copyrighted because…not enough budget. If you have a decent enough one, we envy you.

It’s gonna be another long night…

3) All abroad the m’corp express

For some reason, everyone thinks we’re headed for Mediacorp post-graduation. If we had a penny for every time we’re asked this, maybe we’d finally raise that budget?

Like it or not, you need to do this because you simply cannot make a decent film within three weeks.

To produce a three-minute short, you also need a good few hours of footage, which will need to be edited post-production, which involves colour correcting and rendering and sound effects and the occasional lagging of Final Cut/Adobe Premiere Pro.

There’s no such thing as a 9-5 workday in production.

And where can we get some?

If you’re in a production crew for more than one film/short video at the same time…hats off to you, my friend. We feel you. Running the risk of the crew and cast cancelling on you on the shoot day itself, because they’ve received “better paying” jobs or “real” work opportunities that pay better. It’s happened to you or somebody else you know, so you’ve learnt to have a plan B.

Like it or not, filmmaking teaches you strength in adversity.

…cast me in your film/make this (item or prop)/ help me art/edit my video? Can you?

This includes “doing stuff for the exposure”.

“Ok so the director wants to shoot in the jungle, which means we need transport in and out, and a portable toilet, and a generator for the lights for the 3 days, so that’s another… 10K…”

It’s the problem that brings about 3000 other problems. Kickstarters, searching for sponsors (any little thing helps), applying for grants…it’s all second nature to you now and you can practically remember all the rules and regulations by heart.

Films that require outdoor shots are the killer, because while #aesthetic and #vision…

On top of a film-maker (in any capacity), you’re also a film review/critic rolled into one.

Your friends and family consider you the expert and person to recommend movies and films…but everyone’s tastes are different and it’s hard to find something that will hit all the right notes. What if you don’t like our suggestions that much and complain?? Give us some ideas, here??? Or feed us with chocolate and food and we’ll talk

At the end of the day, though:

Whatever it is, and whatever struggles a film student faces, is all worth it after the finished product is complete. Long hours and hard work and occasional head-desking aside, you wouldn’t exchange being a film kid for the world…

because you’re passionate. You love seeing your work come to life on the screen and audiences’ reactions, love re-creating shots you’ve seen in your favourite films and experimenting with different styles.

You’re not content just watching and dreaming; you want to write it and be part of an enormous team that makes things happen.

You dream of joining game-changers like Wong Kar Wai, Quentin Tarantino, Jeremy Chua—making something that will leave its mark on the world.

Most of all: that immense satisfaction after everything has wrapped and efforts have been rewarded?

See you during the next production.

Peeked into the life of a film student and think you can take the heat? Think that these #filmstudentproblems are no match for you?

MDIS’s Bachelor of Arts (Hons) in Broadcast Media Production (Top-up); awarded by Teesside University, UK might be the perfect fit for you!

100% coursework based, learn how to produce a range of films ranging from documentaries to dramas, and cap it all off with an independent project to showcase your skills.