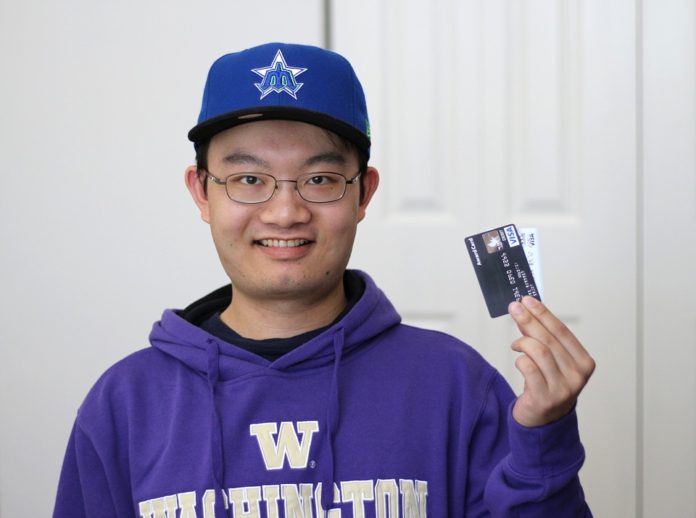 There are two kinds of Internet articles about credit cards. The first kind wants to convince you that, if you use them responsibly, credit cards are great way to save money. The second kind claims all human beings have the self-restraint of a coke-snorting monkey that got locked in a vat of Red Bull for a week, and that you’re bound to go crazy with the card. We are taking the middle road:

1. You will be shocked at how much you spend every time you walk out the door When you start charging things to your credit card – even if you don’t spend more – you’ll start to wonder how you’re not already living in a dumpster.

The thing about credit cards is that you get a statement each month, which tallies all the expenses. And while you’re always sure that you paid the full amount, you will (1) always notice about an extra $100 outstanding, and (2) be utterly amazed at how your “small expenses” managed to cross the $2,000 mark.

When you use cash, you feel the pinch of taking it out your wallet. But when you use a credit card, the statement hits you right in the gut when you take it out the envelope.

2. You get addicted to “AXS relief” There is nothing better than the 10 minutes after you’ve paid your credit card bill at the AXS kiosk. It feels like you’ve confessed some horrible crime and gotten it off your chest, or like your future has somehow gotten a bit brighter.

That’s because your credit card debt will nag at you all the time, and there’s immense relief at shutting it up.

3. You get into a point collecting frenzy

Once you claim your first credit card reward, a switch is permanently flipped in your brain. Soon you’ll be insisting, at every meal, that your friends pay you their share in cash while you put everything on your card (because you want the points).

Next, you’ll be struggling to justify everything as a “retail expense”, even switching to a clinic where the doctor’s bill counts. That’s because you won’t get points if it’s not retail spending, and you’re perpetually two points away from an air-fryer, a ticket to Hong Kong, or a foot massage machine.

We’ll tell you what your friends won’t admit: they think you’re a freak for being like that.

4. You don’t understand why anybody wouldn’t use a credit card

It’s a little like having a car, or a tablet. If you don’t have one, you’ll roll your eyes at people who do. It’s totally unnecessary; even unhealthy for various (mostly made-up) reasons.

But after you get one, it feels like everyone without one is living in some sort of a stone-age existence. And the thought of going without one will never occur to you again. We give you at most a month, before you’re foisting a supplementary card on your girlfriend / spouse / elderly parents and telling them to use that for their shopping.

It feels a lot easier than pulling cash out your wallet to pass to them. Even better, you won’t need to remember to draw out the money, to hand it to them later (there’s no pinch).

You will ignore how often they tell you to keep the damn card, it’s not necessary. For some reason, you’ll need them to hold on to it. You’ll just feel better that way.

6. You keep cards you don’t use

If you applied for more than one credit card, you will use one and neglect the others. That’s not smart, because there’s a fee you have to pay for them (unless it’s not American Express, and you bother to call up the bank to insist you shouldn’t be charged the fee).

Whatever the case, forget what you read about “optimising your card”, and using the right card for the right purchase. You’ll be putting everything on the one card that looks pretty, because it’s easier to keep track that way. The sheer number of one-for-one movie deals, which comes with almost every credit card, will make it your go-to idea for a cheap date. Be ready to catch yourself watching a Ben Stiller movie, and wondering why you still ultimately paid money for this crap.

The best way to save money with a credit card? Hit up ezbuy.sg instead of regular online shops.

We’re not just tooting our horn. ezbuy has hundreds and thousands of product listings from different sources, so you can compare and buy at a good price. Even better, we’ll ship anything to you for just $2.99 if you’re a Prime member. Even if it’s the size of a badly overweight elephant, and requires us to double medical coverage for the loading department.

For a limited time only HSBC Cardholders get to enjoy rebates when they shop at ezbuy!

This article was originally published on ezbuy.sg/blog

Like ezbuy on Facebook now to stay up to date with the latest promotions, offers and more!