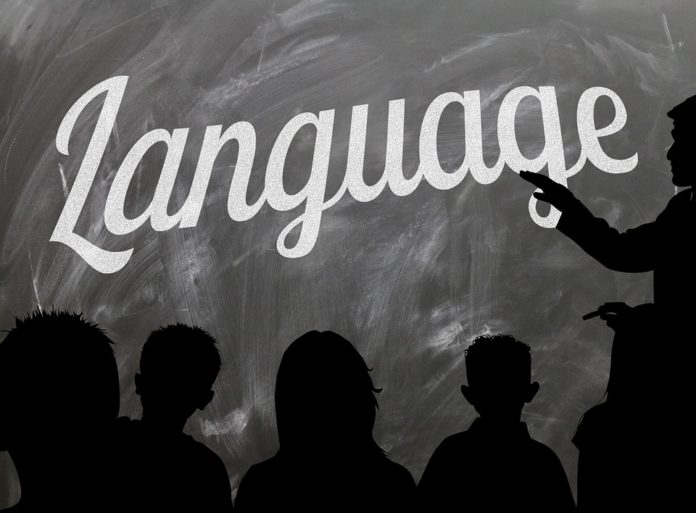 Multilingualism is one of the most coveted and useful skills in today’s global economy. Many businesses, even SMEs, have an increasingly diverse client base, and require an equally diverse workforce to match. Currently, according to chair of the all-party parliamentary group on modern languages (APPG), Baronness Coussins, a shortage of these skills is costing the UK economy an incredible $50 billion a year in lost contracts.

Why does knowing multiple languages make so much difference? Speaking anyone’s native language is a shortcut to winning them over– from sales pitches to building client relationships, many aspects of business will go smoother with a multilingual skillset. Those entering the workforce with second language fluency can expect as much as a 10%-15% boost in pay, says Ryan McMunn, language expert and CEO of BRIC Language Systems. With this, it’s easy to see why language skills are in high demand.

Most Singaporeans are already bilingual, but there’s definitely no end to the advantages that learning more languages will bring. So, if you’re hoping to pick up a new language, which are the ones that will make your CV stand out and give you an edge in the business world? Here’s what we’ve shortlisted:

Germany is a European economic powerhouse, so it’s no surprise that mastering the language can help boost your professional worth. According to The Economist, the earnings bonus for someone learning German is 3.8% – which doesn’t sound like much, but translates to a whopping $128,000 at just 2% compound interest over 40 years.

German is also doubly practical because it’s fairly easy to pick up for English speakers. English and German descended from the same root language, and 80% of the 100 most common English words are actually Germanic in origin.

This one is a no-brainer. With China’s meteoric rise to economic superpower status – its GDP overtook that of the US in 2014 and its economy is anticipated to become more significant than America’s by 2018 – it’s unquestionably a business asset to know Mandarin, the main language of the world’s most influential trading partner.

Fun fact: Former US President Barack Obama set a goal of having one million Americans learn Chinese by 2020, attesting to his recognition of Mandarin’s importance for the future. What’s more, with many of Singapore’s neighbours such as Malaysia and Brunei having significant Chinese-speaking populations, learning Mandarin definitely makes you more attractive in the eyes of regional companies.

Another European language that’s highly valuable is French – France is Europe’s leading recipient of foreign investment in industry, meaning that many businesses and organisations have keen interest in French relations. Areas in which France dominates include textiles and fashion, the energy sector, and the automobile industry, so French may be particularly valuable for you if these are your sectors of interest.

Furthermore, it’s not only the French who speak French – it’s the official language of 29 countries across 5 continents including Canada, Switzerland, Senegal, and Belgium. Wherever you go, you can be sure that you’ll encounter French speakers, and your French skills will certainly help open many doors.

Japan is one of the world’s economies to watch – in 2017, its GDP surged 4%, making it the fastest-growing of G7’s wealthy nations. Crucially, it’s also one of Singapore’s top-ten trading partners, so having knowledge of Japanese can translate into more professional opportunities for you even among local companies.

What if you’re considering a stint of working in Japan itself? Socializing over drinks is a huge part of Japanese business etiquette and speaking the language is obviously necessary to pulling off this social aspect. Plus, you’ll finally get to understand the original Japanese when you watch anime or read manga!

After Japan, South Korea is Singapore’s next biggest trading partner. It’s one of the global powerhouses in the electronics, automobile, telecommunication and shipbuilding industries – think Samsung, Hyundai, and Renault – making it a great language option for anyone interested in these sectors. As a bonus, you can start watching K-pop dramas without English subtitles!

Pro tip: Get started in university

If you’re pursuing higher education right now, there’s no better time to start picking up a new language. Not only do you have access to the tons of resources universities have, to help you through the most difficult beginner phases, you’re also right at the cusp of entering the working world.

You have conversational language modules to friendly tutors to well-stocked libraries. Chances are, there’ll also be plenty of immersion and exchange programmes on offer – and if there aren’t, your professors will be more than willing to recommend the best externally-organised summer courses or immersions.

As an NUS student I’ve been spending my Unrestricted Electives (UEs) on language mods and I’ll soon be completing French 6, the most advanced level NUS has to offer. The lessons blend a strong foundation of grammar and vocabulary with fun cultural components – picture reading a passage on how to faire la bise (cheek kissing) or picking out new grammatical rules from a pop song.

If, like me, you get self-conscious about tripping all over your tongue, you’ll find in most language mods a friendly and supportive environment for your tongue-twisting endeavours. With professors that gently correct your gaffes and classmates to laugh along with, it becomes way easier to push yourself to improve.

A good chunk of class time is also dedicated to speaking practice in my French mods, either through taking turns to read aloud or having discussions in small groups. This ensures that you won’t freeze up when you’re faced with a real conversation with a native speaker. And if you’re planning to work or pursue higher studies in your foreign language of choice in future, your years of regular practice will help you adapt much more quickly.

Learning a foreign language is always a long road and it can be difficult to sustain your motivation. It’s best to be clear about why you want to pick the chosen language up, so that you can keep it in mind as you work towards your ideal level of mastery. Bonne chance!